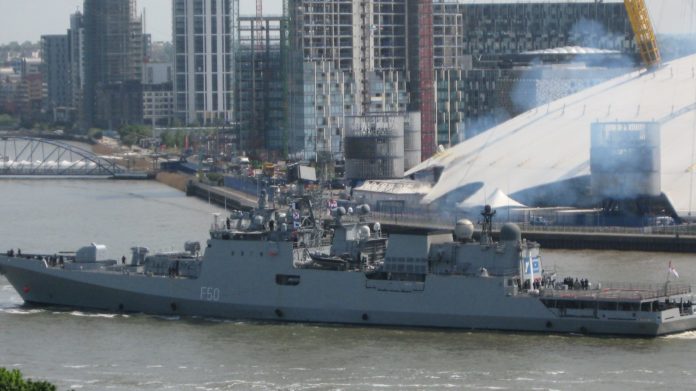 New Delhi, Sep 5 (PTI) INS Tarkash, a state-of-the-art stealth frigate of the Indian Navy equipped with a versatile range of weapons, on Thursday arrived at Lagos in Nigeria as part of a visit that seeks to strengthen bonds of friendship between the two countries, officials said.

The three-day visit is part of an ongoing Overseas Deployment by the Indian Navy to the Mediterranean Sea, Africa and Europe.

“The port call has been scheduled to celebrate the 60th anniversary of establishment of diplomatic relations between India and Nigeria,” the Navy said in a statement here.

INS Tarkash, commanded by Captain Sathish Vasudev, is one of the most potent frontline frigates of the Indian Navy equipped with a versatile range of weapons and sensors.

The ship is part of the Indian Navy’s Western Fleet and under the Operational Command of Flag Officer Commanding-in-Chief, Western Naval Command based at Mumbai.

“During the port call, various dignitaries and government officials of Nigeria are scheduled to visit the ship. Professional interactions are planned with the Nigerian Navy towards further enhancing co-operation between the two countries,” the Navy said.

In addition to social engagements and sports events, best practices will also be shared between the two navies.

There will also be a medical camp along with Nigerian Navy doctors for the local people.

Tarkash will also undertake a passage exercise at sea with NNS Unity on September 8, which will enhance interoperability between both the navies, the statement said.