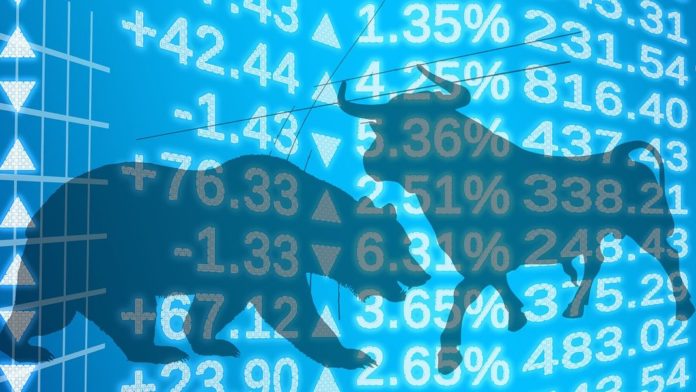 WASHINGTON (AP) — Despite a decade-plus of economic growth, Americans have showed a massive slowdown in the pace at which they’re forming new companies, a trend that risks further widening the gap between the most affluent and everyone else.

The longest expansion on record, which began in mid-2009, has failed to restore entrepreneurship to its pre-recession levels, according to a Census Bureau report based on tax filings. This is resulting in a sad slowdown in the United States.

Between 2007 and the first half of 2019, applications to form businesses that would likely hire workers fell 16%. Though that pace improved somewhat after 2012, it dipped again this year despite President Donald Trump’s assertion that his tax cuts and deregulatory drive would benefit smaller companies and their workers.

Business formation has long been one of the primary ways in which Americans have built wealth. When fewer new companies are established, fewer Americans tend to prosper over time.

In addition, smaller companies account for roughly 85% of all hiring, making them an entry point for most workers into the workforce. A decline in the creation of new companies results in fewer companies competing for workers, a trend that generally results in pay growth slowdown.

“What you see is reduced social and economic mobility,” said Steve Strongin, head of global investment research at Goldman Sachs. “It means that most of the growth is occurring in the corporate sphere, which keeps wage growth down and improves profits.”

Smaller companies and startups were generally cautious about expanding as they emerged from the Great Recession, in many cases choosing not to hire. The 2008 financial crisis delivered a warning to many would-be entrepreneurs that scaling back their ambitions might help them survive another recession.

“People became a lot more risk-averse after the Great Recession because so many people were hurt,” said Nicholas Johnson who founded Su Casa, a chain of four furniture stores based in Baltimore that employs 30 workers.

Johnson, 45, started Su Casa about 20 years ago. Emerging from the recession, he kept his staffing levels low to reduce his costs. Still, that meant having to pay well above the minimum wage to attract and retain workers who were specialized in home decor.

“I am super-concerned about an upcoming recession because we got so lean that I can’t get lean again,” Johnson said. “There is no more fat to trim.”

Goldman Sachs on Thursday is releasing a survey of business owners who took part in its “10,000 Small Businesses” program, which has provided management training to several thousand small companies since 2010. The survey concluded that entrepreneurs typically struggle to find qualified workers and to navigate complex regulations. Both factors tend to slowdown the formation of new companies.

Among the business owners who were surveyed, nearly eight in 10 said they favor a higher local minimum wage well above the federal baseline of $7.25 an hour. Focus groups conducted as part of Goldman’s survey indicate that smaller companies believe wages have failed to keep pace with the costs of living and the retention of employees.

Just 20% of the surveyed business owners said they felt that Trump’s 2017 tax cut would increase their companies’ growth, according to the online survey of 2,285 alumni of the Goldman program.

Social and demographic forces are also thought to be limiting opportunities for entrepreneurs and smaller companies. America is aging, many young adults are weighed down by student debt and larger retailers have used their scale to offer lower prices than smaller companies can afford to do so.

Roughly two-thirds of the decline in startups between the late 1970s and 2007 resulted from a slowdown in the growth of the U.S. workforce, according to research by Fatih Karahan of the Federal Reserve Bank of New York, Benjamin Pugsley of the University of Notre Dame and Aysegul Sahin of the University of Texas-Austin.

But the recovery from the Great Recession, which was induced by the housing bust, also reordered the economy in ways that complicated the creation of smaller businesses. Several sectors of the economy enjoyed no rebound at all in company formations compared with the number of business closures.

The economy now includes 116,459 fewer construction companies than it did in 2007, a roughly 15% decline, according to the Census Bureau. There are 54,045 fewer retailers that employ fewer than 20 people, a consequence in part of a shift to online shopping and the rise of national chain stores. More than 26,000 small manufacturers have shuttered.

The spillover effects have had damaging consequences in many cases. Downtowns in the industrial Midwest have empty storefronts. Home construction has been relatively weak, causing prices to accelerate. This has limited affordability and made it harder for people to join the middle class through home ownership.

Construction jobs often pay solidly middle wages. And home ownership is down 8 percentage points for people under 35 when compared to previous generations.

“If you’re thinking about the American Dream, trying to get into the middle class, homebuilding represents both of those objectives,” said Robert Dietz, chief economist at the National Association of Home Builders. “The unmet potential for homebuilding has been one of the frustrations” of this recovery.

John Dearie, founder of the Center for American Entrepreneurship, who holds roundtables around the country with small business owners, said he hears frequently about problems for younger companies caused by a shortage of skilled workers, immigration policies that thwart access to talent and difficulties in obtaining bank loans.

He said he worries that the United State is losing its competitive edge because of these hurdles. Dearie rattled off a list of innovations that came from entrepreneurs: the cotton gin, the steam engine, railroads, the telegraph and telephone, electrification, the automobile, the airplane, air conditioning and refrigeration, the computer, countless applications of the internet, and wireless communication.

“Declining startup rates,” he said, “amount to nothing less than a national emergency.”