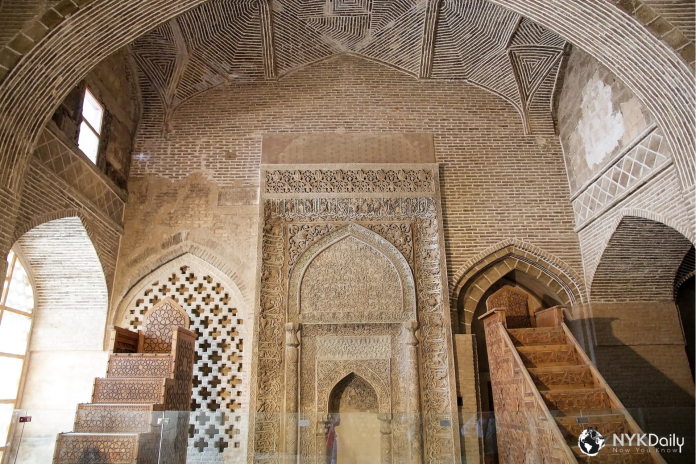 This is part 6 of the Forgotten Civilisation Series. Nikhil Chandwani covered the first five parts. Let’s move to the sixth part now.

The Medes were old Iranian inhabitants who conversed in Median language and occupied an area known as Media between Northern and Western Iran. In the 8th century BCE, Media’s races came together to create the Median Kingdom, a Neo-Assyrian vassal.

Demographically, the area of Media was surrounded by the Garrin Mountain in Lorestan Province to the south, the Zagros Mountains to its west, the Qaflankuh Mountains in Zanjan Province to the northeast, and Dasht-e Kavir desert to the east. Its neighbors were the kingdoms of Elam and Ellipi in the south and Gizilbunda and Mannea in the northwest.

At the end of the 2nd millennium BCE, the Iranian tribes appeared in northwest Iran. These tribes extended their control over larger areas. Subsequently, the boundaries of Media evolved over several hundred years. Iranian tribes were present in northwestern and western Iran in the 11th century BCE. But the importance of Iranian elements in these regions was instituted from the start of the second half of the 8th century BC.

By this time, the Iranian tribes were the bulk in what became the region of the Median Kingdom and the west of Media. A study of textual sources from the area shows that in the Neo-Assyrian period, the fields of Media, and further to the west and the northwest, had a population with Iranian speaking people as the majority.

The list of Median rulers and their period of reign is compiled according to two sources. Firstly, Herodotus calls them “kings” and associates them with the same family.

From the 11th to the late 7th centuries BC, the westernmost parts of Media fell under the control of the vast Neo-Assyrian Empire based in northern Mesopotamia, which stretched from western Iran in the east, to pieces of Cyprus in the west, and the north of the Arabian Peninsula. Assyrian rulers such as Tiglath-Pileser III, Sargon II, Sennacherib, Esarhaddon, Ashurbanipal, and Ashur-etil-ilani foisted Vassal Treaties upon the Median rulers. Also, they defended them from marauding raids by ravaging Scythians and Cimmerians.

During the reign of Sinsharishkun (622–612 BC), the Assyrian empire, which had been in constant civil war since 626 BC, began to unwind. Subject peoples, such as the Babylonians, Medes, Egyptians, Chaldeans, and Arameans, quietly stopped paying tribute to Assyria.

Neo-Assyrian dominance over the Medians came to an end during the reign of Median King Cyaxares. They, in collaboration with King Nabopolassar of the Neo-Babylonian Empire, invaded and destroyed the strife-riven empire between 616 and 609 BC. The newfound alliance helped the Medes capture Nineveh in 612 BC, resulting in the eventual collapse of the Neo-Assyrian Empire by 609 BC. The Medes were consequently able to establish their Median Kingdom (with Ecbatana as their royal capital) beyond their original homeland. They eventually had a territory extending roughly from northeastern Iran to the Kızılırmak River in Anatolia. After the fall of Assyria between 616 BC and 609 BC, a unified Median state was formed. Together with Babylonia, Lydia, and ancient Egypt became one of the four major powers of the ancient Near East.

Cyaxares was replaced by his son King Astyages. In 553 BC, his maternal grandson Cyrus the Great, the King of Anshan/Persia, a Median vassal, rebelled against Astyages. In 550 BC, Cyrus finally won a decisive victory ending in Astyages’ capture by his dissatisfied nobles, who promptly turned him over to the victorious Cyrus. After Cyrus’s victory against Astyages, the Medes were subjected to their close kin, the Persians.

In the new empire, they retained a pre-eminent position; in honor and war, they stood next to the Persians; their court ceremony was adopted by the new monarchs, who lived in Ecbatana in the summer months and many noble Medes were employed as generals, satraps, and officials.

Greek references to “Median” people make no apparent difference between the “Persians” and the “Medians”; in fact, for a Greek to become “too closely linked with Iranian culture” was “to become Medianized, not Persianized.” The Median Kingdom was a short-lived Iranian state. The textual and archaeological sources of that period are rare, and little could be known from the Median culture, which nevertheless made a tremendous and lasting addition to the greater world of Iranian culture.

There are minimal sources concerning the religion of the Median people. Primary sources pointing to religious associations of Medes found so far include a body with a lion face- similar to Hindu God, Narasimha.

The archaeological source gives the earliest of the temple structures in Iran, and the “stepped fire altar” discovered there is a link to the Durga Temple in India. They had a “priestly caste” which passed their practice from father to son – similar to Hindu Brahmins. They played a vital role in the court of the Median king Astyages who had individual Medians as “advisers, dream interpreters, and soothsayers” in his court.