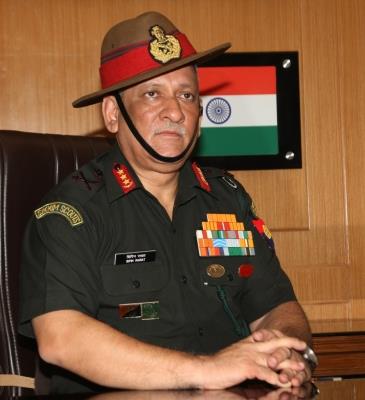 On 8th December 2021, the entire country was floating in tears over the horrible helicopter crash in Tamilnadu.  First Chief of defense staff of Indian General Bipin Rawat was travelling along with other army officers and his wife on this helicopter. The news had permeated the entire country with overwhelming astonishment and pain, eliciting tears from the eyes of the citizens, while this news gladdened some people from a very privileged community for the media and anti Hindu parties. The news shared on various platforms had sadly turned into chances for Muslims to evince their sheer hatred towards the man who was still fighting for his life, who spent his whole life serving this country which unfortunately has some citizens who mock the deaths of army officers.

All social media platforms even YouTube were hatefully painted with derogatory comments and laughter reacts over the deaths of army officers specially for CDs. It’s quite saddening to see a community who creates arson occasionally, disrupts the harmony of this nation by doing unnecessary things like prayers on the roads, protesting against new laws unreasonably, considering the mournful demise of Chief of defense staff as a chance to celebrate as if he were the enemy of this community. However, the fact is certainly astounding that hatred for the army has been nurtured in the minds of Muslims, that has been generally noticed in various times when such incidents and terror attacks took place and our brave soldiers martyred serving the borders. Muslims rejoiced when pulwama terror attack happened, they deplored when Indian army brilliantly retaliated and eliminated Islamic hoors dreamers.

The question arises who planted this hateful, stinking mentality in this community towards Hindus, Indian army and harmony of this country? And why are these people entertained by political parties and liberal and secular lobbies? Communism has also played a noticeable role in this case. That’s why some LGBTQ activists have been seen enthusing over the demise of CDS, and brazenly lectured why he could be criticized even after his death. This psychological disorder of hating someone is deeply embedded in this community where they exhibit their insanity and inhumanity in several ways towards those who hardly entertain their unbelievably flexible and effeminate moves which they flaunt to show their sexuality.

Communism has infused unfathomable hatred in these young boys who are profusely brainwashed about their sexuality and lured to promiscuity. The consequence of which is apparent now. They abhor their manhood, women abominate their womanhood, and then they live in illusions, and end up hating their culture, people, country and even the army that protects every violent, insolent and rebellious person living in this country.

It might not be a crime to criticize a politician, actor, or any other person for his statements, however, army officers deserve reverence from every single citizen, because they neither belong to any political party, nor bow a curtsy to dynasts who were in power for decades. In this country, something very detrimental is happening since Modi snatched power from profligate congress party. This has deeply dismantled the party and it pandered to plant such hateful and sordid seeds in the minds of youngsters who are under its loyal bootlickers to hate everything that glorifies India.

LGBTQ activists are prone to spread venom against anyone who says anything against homosexuality, or even rumored, however their outrage is limited to Hindu groups and people, they become quite clement when any Islamist vilifies homosexuality. How ironic! This is the effect of communism that boldly says, “Protest against the meek, don’t nudge the violent”. Therefore, all activism, outrage, hatred is limited to Hindu community.

What is relaxing in this case, is nationalists aren’t entertaining this effrontery of these communists, queers  and Muslims insulting and celebrating the deaths of army officers. Instead, they are exposing every single citizen that is an inside enemy. Many Muslims along with some queer activists have badly been exposed and arrested which has apparently offended the leftists, so they came up with new blatant lies, explaining that those who celebrated might be Muslims but not from India, Pakistanis are celebrating the death, not Indian Muslims. Their vicious attempts to whitewash these sins were immediately thwarted by nationalists by showing their accounts and filed complaints against them, and soon they were arrested. Mission to make Muslim look more patriotic failed like other left propaganda.

Leftists and their minions in media seemed to be in celebration mood since the helicopter crash news reached their ears which are enamored of hearing the clamor in the country. This is a flourished culture in India, where after terror attacks, journalists used to organize parties for their peers, and leaders used to visit Bangkok for some sensual fun, and public used to suffer and survive even in such parlous state, and under such insane dynast govt. However, these things have quickly changed and snatched all the govt perks which friendly journalists used to relish. At that time, solders in J&k were stone pelted by so called misguided youths, and govt would hardly seem bothered or insulted. For the priority was vote bank, not the dignity of army.

Now, stone pelting has been deeply shoved in the posterior of those misguided youths, and the army has been given free hand to handle such derogatory and abetting incidents, subsequently, this fierce attitude towards those Muslims in Kashmir has excellently reduced the incidents and even terror activities in the union territory which is the reason why leftists and their queer activists, journalists, and actors don’t let any chance to rejoice any unfortunate incident, and abuse the army. What is pretty gross, is how their hatred for Modi has made them stoop so low that they ended up hating Indian army. Likewise, it has encouraged nationalists to respect army more intensely and passionately support and expose hidden enemies of the country. That was categorically not visible in congress govt as in that govt, even the Pm was ventriloquized. So, these activities of vilifying Indian army, Hindu culture, Hindutva and Hindus were planned and exhibited vehemently. As the govt was lauding all these things. Apparently the reason behind such activities was the ignorance of previous govt, and no action against such elements thriving in India. However, luckily everything has changed now under new leadership.