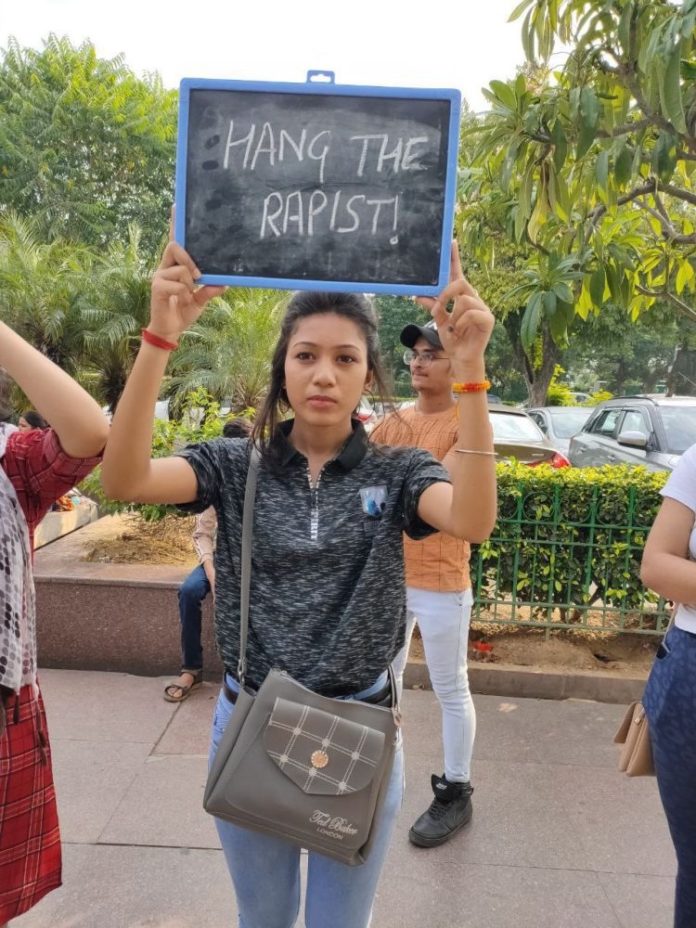 A 22 year old boy named Piyush monga has started a Mission “Youth Against Rape”. Mission was started on 25th may 2019 using social media as a platform, he connected people through Instagram and made them come on one platform to fight against rapes. In the initiative days he made a team on instagram and telegram and started working through that. Making teams helped us to bring people from different ideologies, states, cultures come on one point and fight for the eradication of such a pest hollowing our country .Then moving ahead we generated Google forms and asked people to fill up those forms and be a part of such a great revolutionary movement. The elected members made their own teams to work in their city/locality. Also we expanded our mission to other social medias like Facebook, Twitter, Linkdin etc. Now in the present scenario we have teams almost in 18 states including one union territory.

Later on we got officially registered under the name of Youth Against Injustice Foundation (YAIF) Main focuses of YAIF is to deal with the problems like rapes, child abuse, sexual assaults, haressment and eve-teasing are a major problem for society and our upcoming generation and no initiative is yet taken for implementing sex education in most of the institutions like colleges and schools. So we are conducting seminars in different institutions of different states every few days. We have already conducted 55+ seminars and 100+ Awareness campaign all over India just in 3 months with the help.of our team. We are willing to conduct more workshops, meet-ups, debate sessions so that we get the view point of each student and spread awareness among them. We educate students of class 1-7 about child abuse, bad touch and good touch & how to protect themselves from child abuse or assault. We also give both general and basic sex education to class 8 and above and in colleges We also do skits, plays, debates to make the youth understand how they can fight back.

We also teach them their responsibilities being an Indian. The main motive of us giving sex education, training them in Martial arts to the children and youth of India is, to build a new India which has a proper sum of young human resource who are aware about their responsibilities and duties towards their nation. We also help students in counselling if they face any issues. We strongly recommend every one should get compulsory sex education and martial arts training.

We need your support in spreading awareness and reaching millions of hearts across India. We would also like your assistance in raising funds ,spreading awareness through workshops and seminars, help us in counselling victims of rape, molestation and acid attacks or children who are afraid to rise there voices due to family or society pressure.

We request you to give us platform to share our mission to make India rape free.
We have also started a online petition on change.org on 17th August 2019.Demands of our petition are:-1) Execution Of Death Penalty as we all know that not a single execution death sentence has been implemented to the rapist since 20042) Punishment For Females Filing fake Cases against men 3) Start Sex Education By Expert’s4) Forensic Labs-We want proper forensic labs in every city with trained and expert doctors for treating the victims5) Shift Case’s On Fast Track Court For All Rape Victims6) Victim & Witness Protection program7) President mercy rule on Rape Case’s8) Permission To Ngo’s and Trusts to do Awareness Programs in institutions.

ABOUT OUR FINAL MISSION
On the day when mission was started, we had decided to execute our final mission in order to make #rapemuktbharat on 17th of October.We Start This to provide justice to the victims of sexual abuse and harrassment by making them reach court and fight for justice. Now 4 Members going for cycling campaign on 17 oct 2019 covering all states and Union Territories. The journey would be of around 30000+ km.

Our team will meet families of Victims of sexual abuses and also who are charged by fake rape allegations. The team will be conducting seminars and awareness programmes in all government institutions during the journey.

Target :- Villages , Slum Areas , C.M , Governor , RJ
Duration :- 2 + Years
Distance :- 30000+ K.m.
Starting Location :- Jantar Mantar( Delhi) “Detailed analysis of the campaign” • First of all the question arises what is the need of the mission ? :- change the Mentality Of Youth and Few Respectful Seniors :- To make a fall in the uprising graph of rapes and other sexual abuses. :- Providing justice to victims of rapes and fake rape allegations.
Awareness Cycling Covers :- 28 State , 9 UT, 400+ Districts, 700 cities, 2000 + villages, Schools,Colleges, Slum areas ●Issues we will be fighting for a) Working On Each Factors reason for Rape
b) Fight For False Rape Cases
c) Acid Attacks
d) Forceful Prostitiution
e) Stop Human Trafficking
f) Survey On 2 Fingers Test ( Preventions )
g) Sex Education in schools
h) Witness And Victims Protection Programs • If We Work On This – Outputs – At 2022 india Will Be Most Safest Country in world – 1st Peaceful Country in Gender Equality – Crime Rank Decrease
By the end of 2022 , India will be the most safest country in the world. Also will become the 1st country with best gender equality. Will lead to a great fall in crime rate.