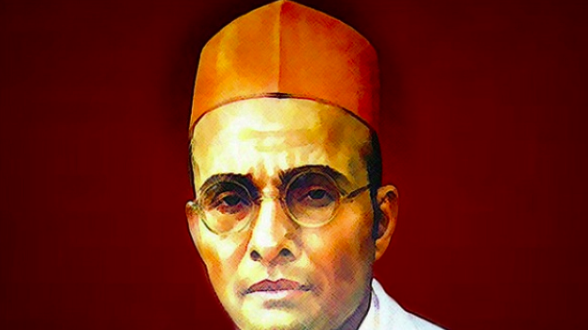 Veer Savarkar was a prominent figure through the great struggle for independence in India. Born as Vinayak Damodar Savarkar, he grew to be an astound scholar, writer, poet and philosopher. His role in the freedom struggle was instrumental and pivotal.

It has been a recent topic of debate, where, in several instances, it has been emphasized that Veer Savarkar is truly the father of Bharat. Recently, some prominent political leaders emphasized that the true sacrifice and baton for a free India were carried by leaders like him and thus he should be regarded as the father of the nation.

Here are few indicators as to why Veer Savarkar is, in the true spirit, the real father of the nation:

He established the Mitra Mela as a foundation towards the struggle for an independent Bharat. The members of this organization were inclined towards the vision of absolute political independence. This is the umbrella organization under which one of the first organized efforts towards the independence of India had started. It later went on to be called the Abhinav Bharat Society. Savarkar took the lead to bring together these patriots to safeguard the fundamental rights of the people.

He was the revolutionary figure to first establish the concept of ‘Hindutva’. He throws light on various subjects of social importance in his book called “Essentials of Hindutva”. He looked at the societal structure from a more practical perspective and what was required for sustenance against the foreign forces. In his view, the social transformation had to be carried out logically, according to the time period of living. He believed in the foundation of the Hindutva in a wholesome way.

He further emphasized that the personalities in the Hindu documentations like the Pandavas are not children of Gods but rather a proof of inter-caste mixing. Thus, caste boundaries have been blurred and open since ancient times in the foundations of Hindutva. He was a strong advocate for inter-caste marriages and often indicated how this inter-caste blending is the reason for a varied population in India.

Among his various contributions to the nation and its independence movement, he pioneered in many feats. He became the first political leader in the 1900s to idolize the notion of absolute political independence. He also became the first to organize a bonfire of foreign clothes in retaliation of the suppressors. With various laurels to his name, he was also the first Indian law student to be not invited to the English Bar in spite of clearing his examinations as he was at the peak of participating in activities to fervour the freedom movement against the British. He pioneered a revolutionary Independence movement at an international level. His book was so strong in the spirit of independence that it was officially banned in 1909 with all the existing copies being confiscated by the British government. He is remembered for his daring escape and arrest in France. He was even withdrawn of his degree from the Indian University for being an active pillar of the freedom movement in 1911. Being a prisoner devoid of even pen and paper, he composed poems on the walls of the prison with nails and thorns and memorized them to spread his powerful words later.

It is clear that his relentless efforts for the existence of a free and independent country have been very under appreciated. With the risk and never-ending drive to see a free nation with the values of Hindutva, he truly stands to be a father figure of the nation.