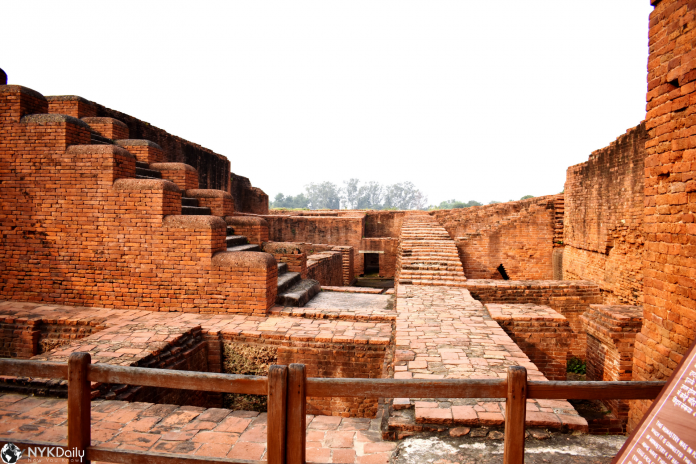 It is often said that the greatest gift you can give anyone is education. However, education as we know it cannot be possible without the input and participation of teachers. Today, the global educational establishment is maintained and sustained by millions of teachers, but teaching itself came to be? Here is the captivating history of teaching.

Education was a very practical experience during these ages, and there was little to no theory as we have in classrooms today. Back then, the most outstanding teachers were adults, elders, parents, and even caregivers or older siblings. In such times, the children were taught things they needed to survive in a harsh world. These included knowing how it plants crops, fish, and hunt and gathers nuts and fruits. Practical lessons on how to construct and maintain a house were also added.

For the children then, teaching methods include imitation or observation or through games and participation in festivals, initiation ceremonies, and other events in the society. As expected, virtually all the classrooms were in outdoor spaces, and teaching never ended in prehistoric cultures; it was throughout life.

By 3500 BCE, things changed drastically because ancient civilizations started devising ways to write. For example, in Egypt, they had already figured out how to make use of hieroglyphics and form the oldest alphabet known to humans. By the 11th Century, the Phoenicians, learning from the Egyptians, came up with their writing systems. With time, more writing systems would be developed by the Indians, Greeks, Russians, Aramaic, Arabs, Igbos, and others. The introduction of writing changed the way humans were educated, and that remains so till today.

Teaching in the Indian Subcontinent

The history of education in the Indian subcontinent commenced with teaching elements like Indian mathematics, Indian religions, and Indian logic at locations like Takshashila or Nalanda. The gurus coordinated the earliest forms of education in India, and that is understandable as education is closely linked with religion in the country.

Amongst the main subjects taught were Architecture, Art, Grammar, Logic, Painting, Philosophy, Mathematics, Hinduism, Arthashastra (Economics & Politics), Astronomy, Medicine, and Law. Each school specialised in a field of study. Takshila specialized in the course of medicine, while Ujjain emphasised on astronomy. Being the most important centre, Nalanda handled all knowledge branches and housed up to 10,000 students at its peak. All teachers were ancient scientists, surgeons, mathematicians, and storytellers, who mostly taught students free of cost. This was the first example of ‘education for free-education for all’ policy in history.

The history of India’s education is incomplete without mentioning Chanakya, an ancient teacher, thinker, economic, and philosopher who was born in 375 BCE. He laid the foundation for economics and political science in India through his book Arthashastra. He laid the foundation of the Maurya Empire, not as a king but as a teacher.

Historical records in China show that emperors Yao and Shun were the brains behind the first schools around the 24th century BCE. By 1600 BCE, the first system of education was established under the Xia dynasty. Successive dynasties built upon this system. By the time of Confucius, he contributed significantly to what would later become the Chinese educational system’s curriculum for the next two millennia. One of the most knowledgeable individuals of all time, Confucius, became the world’s first recorded private teacher. Born of a once royal family fallen on hard times, he found himself a teenager with a thirst for learning and nowhere to drink, since only the nobles or royal were allowed an education. Because all the teachers were management officials, there was no way around the State policy. He solved it by working for an aristocrat, whom he could join on his extensive travels. Such was his character; people sought him out to teach their children. Confucius received more teacher love than anyone before him. He took any curious student eager to learn, and with the usual subjects, he imparted his wisdom for developing efficiency and moral character through obedience.

Teaching in Greece and Rome

Unlike in India, in ancient Greece, education was privatized in the city-states, except Sparta’s notable exception. Anyone could start a school and decide their curriculum, but girls were rarely educated. With time, the education system became modified with contributions from the likes of Plato and Aristotle.

In ancient Rome, the first schools appeared around the 4th century BCE, but few had access. With time, private schools increased in number, and with time, thinkers and educators like Quintilian modified the education system for greater efficiency.

Teaching in the Middle East

The first organized form of schooling in the Middle East was in Egypt during the Middle Kingdom reign of Mentuhotep II. In various parts of Mesopotamia, cuneiform scripts were deployed in educating others. With time, the Sumerians came to writing vast epic poems that significantly improved learning by expanding grammar, translations, and vocabularies.

Teaching in the Middle Ages

By the start of the Middle Ages, the Roman Catholic Church was the most influential body in Europe in charge of education. This meant selecting Latin as the language of instruction, the establishment of monastic schools. By the 12th Century, early forms of universities were established in France, Italy, and England, where courses like medicine, arts, law, and theology were offered. Many of the early universities were created from the older church schools.

Teaching after the 15th Century

After the 15th Century, there was a remarkable increase in the expansion of the education system within and outside Europe. There were more universities and courses offered all over Europe and beyond. The same thing was noticed in the areas under the control of the Islamic caliphates. By the 18th Century, universities were all over Germany and France to include a lot more courses and facilities like libraries and laboratories.

There is practically no country in the world that does not have one kind of educational system or the other in modern times. While some others developed their education systems on their own, others had theirs developed by the colonial masters. Even though education is now more critical than ever, illiteracy remains one of the most resilient challenges confronting humanity. However, all hands are on deck to ensure illiteracy becomes a thing of the past.