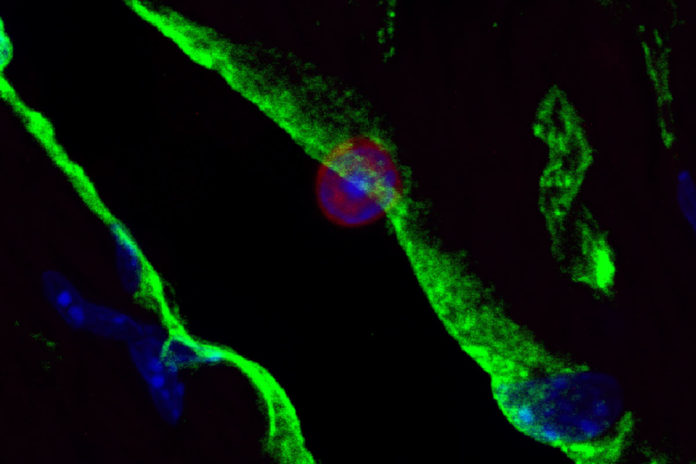 (IANS) New research in mice suggests that certain immune cells may help guide fetal development of the heart and play a role in how the adult heart beats, according to a news release posted this week on the website of Washington University School of Medicine in St. Louis.

The researchers analysed genetically modified mice that lacked B cells, and found that their hearts were smaller and contracted differently than the hearts of normal mice, the Xinhua news agency reported.

The hearts of mice missing B cells relaxed faster and pushed more blood out of the left ventricle with each beat. The researchers also found that in such mice, the number of T cells, a different type of immune cell, doubled in the heart.

“We are working on more studies to learn if the missing B cells have a direct effect on the structure and rhythm of the heart, or if we are seeing some indirect effect during development or through the change in T cells,” said the study”s first author Luigi Adamo, an instructor in medicine. “But that removing B cells had any effect on the heart is completely unexpected.”

B cells are a type of white blood cell well-known for their role as sentinels that circulate in the bloodstream and manufacture antibodies to fight off infection.

The findings have opened a door to possible immunotherapies to protect the heart and other organs that might also see this B cell behavior, according to the researchers.

The findings have been published in the journal JCI Insight.