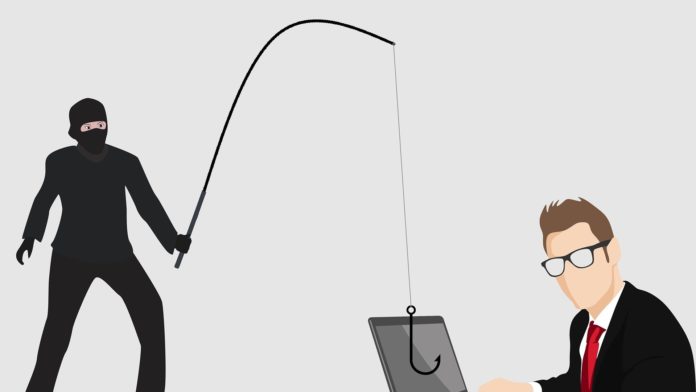 Scammers are ripping people off.

The Amazon rainforest is burning to the ground at an unprecedented rate, but don’t despair. With just one “like” on Instagram, you can donate $1; for a follow or repost, you can plant a tree. Making a difference is as easy as tapping your thumb — or so a vast network of scammers on the platform would have you believe.

Instagram accounts falsely promising some form of disaster aid in exchange for likes and followers may seem like obvious hoaxes to most users, but they’re working: Some scammers appear to be turning big profits by exploiting people’s goodwill and Instagram’s inability to regulate the hordes of bad actors among its 1 billion users.

The now-defunct Instagram page @PrayForTheAmazonia managed to hoodwink more than 90,000 users into following its account, which promoted a PayPal account and a fraudulent GoFundMe campaign that claimed to have “partnered with” Rainforest Trust, an environmental nonprofit.Rainforest Trust confirmed to us that it had no affiliation with the campaign, which received hundreds of donations totaling thousands of dollars before it was taken offline.

In a statement, GoFundMe told NYKDAILY that “no funds were withdrawn, and all donors will be refunded” and noted that the campaign organizer has been permanently banned from the platform.

Similar Instagram pages have claimed without evidence to have partnered with major organizations such as National Geographic and the Amazon Aid Foundation.One such account posted a screenshot purporting to show a direct message from Justin Bieber in which the pop star supposedly agrees to “personally donate $10,000” if the page, which is still active, can “reach 5k followers by the end of this year.”

The Amazon scam “violates our policies and we will remove accounts and content that promote it,” said Stephanie Otway, a spokesperson for Facebook, which owns Instagram.

Instagram has become a home to the so-called “Tragedy Hustle” because, in many ways, it provides an ideal ecosystem for scams and disinformation to flourish without any real accountability. Whether they’re after money, clout or both, it takes relatively little effort for anonymous grifters to create legitimate-looking philanthropic accounts at times when people are seeking ways to support crisis victims, aid hungry refugees or fight raging wildfires.

Opportunistic scammers will sometimes set up disaster relief pages with strategic hashtags and promotional tactics to lure in big audiences at just the right moment, then eventually pivot the accounts to personal or business profiles by changing the usernames and deleting the previous posts, while retaining the followings they deceptively accumulated. If the pages get taken down, there’s often nothing stopping them from starting over — which is exactly what the individual (or individuals) behind @PrayForTheAmazoniaappears to have done.

Soon after it disappeared, @CureAmazonia popped up and started promoting the same GoFundMe campaign. It was taken offline at more than 10,000 followers, but it surely won’t be long before another account takes its place. For many large social media companies, deplatforming scammers is a cat-and-mouse game with no end in sight.

Instagram has become one of the major vehicles for spreading disinformation, according to a new report from the NYU Stern Center for Business and Human Rights, which points to a “lack of clear strategy for addressing the serious problems inherent in Instagram’s operating model.” Under growing pressure, the tech giant has taken steps to crack down on problematic accounts and to arm users with tools to identify suspicious activity.

Business profiles on the site are required to publicly list their emails or phone numbers, for example, and users can check those accounts’ username histories. This can come in handy when evaluating the legitimacy of proclaimed aid pages. Some of the Amazon scam accounts used to operate under usernames relating to sports news, vegan diets, and other things that are completely unrelated to the Amazon.

But of course, not all of Instagram’s usersare familiar with such tools, and the platform is still riddled with successful scammers and their unwitting victims.

Some Instagram influencers have found ways to capitalize on the Amazon #activism, too, through self-promotion cloaked as genuine environmental concern. By using selective hashtags such as #SaveTheAmazon, they can divert masses of people searching for Amazon news to their own faux-outrage content.

Glasgow-based fashion blogger Sheri Scott was widely criticized after posting a photo of herself donning a number of tagged designer brands along with a caption accusing the media of neglecting the fires, Scottishnews outlets reported. This kind of sanctimonious scolding — shaming others for their apparent ignorance, silence or inaction surrounding a crisis — has become a sort of trend on social media and a way to effectively pat oneself on the back while getting likes for speaking out.

“The Amazon Rainforest has been burning for 3 weeks straight and we’re only finding out about it now. Even #SaveSpidermanFromSony has been reported more by the media than #PrayforAmazonia and it’s absolutely shameful,” read Scott’s post, which included the hashtags #OutfitIdeas and #OrangeHair. “The world is pretty f**ked up right now and we all need to do what we can to make it right.” (Scott later edited her caption, apologizing for the “tone deaf” hashtags, then removed the post altogether.)

Searching the hashtag #PrayForAmazonia on Instagram yields a collection of informative rainforest-related posts interspersed with pouty selfies, woodland photoshoots and a jarring number of wildfire-inspired makeup looks (with the cosmetic products prominently tagged). Adding a popular hashtag to a post — even if it’s unrelated to the content itself — can increase the post’s likelihood of being featured in Instagram’s public “Explore Tab,” which means increased exposure and ultimately, more likes. Influencers know this well.

We’ve seen these kinds of things before.

After the release of HBO’s drama miniseries “Chernobyl” in May, Instagram models showed up in Pripyat to take broody portraits at the site of the city’s catastrophic nuclear disaster.In June, Instagram accounts racked up massive followings by making empty promises to deliver meals to starving children in crisis-torn Sudan. And in July, when a 17-year-old girl’s gruesome murder went viral on social media, grifters swiftly flooded her Instagram profile with comments feigning sympathy while promising to share the (nonexistent) video of her killing in exchange for follows and likes.

On Instagram, no tragedy is too dire to exploit. And if it’s possible to spin a crisis into dollars or followers on the platform, scammers will find a way to do it.