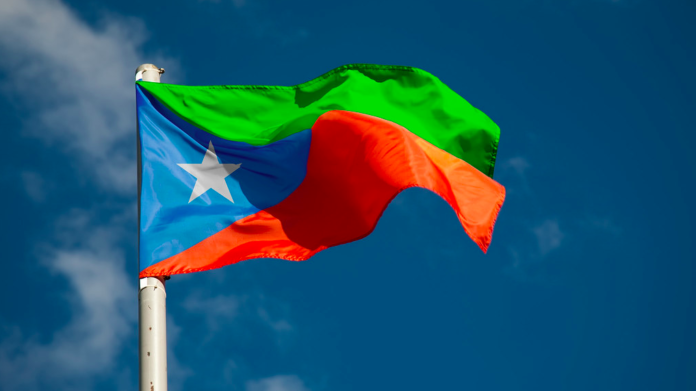 ‘Balochistan’, the word translates to ‘The land of the Balochs’. It is one of the four provinces Pakistan. Balochistan has Punjab and Khyber Pakhtunkhwa provinces to the northeast and Sindh province to the east. It also shares its boundaries with the Arabian Sea to the south, Afghanistan to the north and northwest and Iran to the west.

To understand the current condition better, we need to take a glance at its history.

The princely states of ‘Makran’, ‘Kharan’, ‘Las Bela’ and ‘Kalat’ along with a ‘British Chief Commissioner’s province were the constituents of what we now know as Balochistan. With the establishment of Pakistan after partition, the provinces were given an option to either integrate as a part of the new formed Pakistan or become free. The Khan of Kalat, wanted the Kalat province to gain freedom from an umbrella country. Thus, when this choice was put forward to all the 565 princely states, Kalat was declared independent. However, in 1948, the rule was obliged to become one with Pakistan. A battle was fought with strength from other parts of Balochistan until the province could no longer seize power in 1955, and was consecutively forced to be dissolved.

Following this period of struggle, constant insurgencies took place by Baloch nationalists starting from 1948 right until 1977. Newer insurgencies were witnessed since 2003. This scenario has spread its roots to the present day scenario, where many have seen the need for an autonomous state for Balochistan. However, a majority remains disinterested in wanting to take this leap.

The territory of Balochistan has witnesses several atrocities in all these years. There are more than a several instances of human rights violation in Balochistan that have come into the knowledge at an international level. These are majorly associated with the conflicts going on between the baloch nationalists and the Pakistani government. These have been prevalent in forms as grave as torture, terrorism and the reckless killing and disappearance of people.

A staggering 18,000 Baloch went missing by the year 2014. More than two thousands of them were killed amongst these. When these missing cases were reported, only a few hundred were taken to court and the rest were held back. There was an effort in 2012 by the then Prime Minister Gilani, to trace these missing persons. However, little was achieved from this search.

Several other brutalities were witnessed in association with the military and paramilitary forces. This popularly came to be known as the “pick and dump” policy of the baloch nationalists. It is unacceptable that even innocent by-standers were picked up in this process. Atrocities that they were subjected to went as inhumane as torture, mutilation and killing in these large numbers.

In 2011, the Human Rights Commission of Pakistan formulated a draft for the illegal disappearances in Balochistan. These came to been seen as the extra-judicial killings that were taking place under the Pakistani security forces. In 2012, the Pakistani government denied these allegations. However, the current scenario of civil disturbances in Balochistan is linked to these constant disappearances.

The land has been facing these brutalities for several decades now. This has led to the UN to intervene and exert pressure on Pakistan to take action on this barbaric treatment of the people to bring an end to the “kill and dump”.

Why Balochistan needs to be free!

Keeping in mind the obvious state of the land of Balochistan, and seeking an end to the atrocities and brutalities that it is facing; it is a logical choice for the state to want to become autonomous. There are other reasons in addition to this as to why Balochistan needs to be free.

One major logical cause being: It is common knowledge that Balochistan constitutes about 46 percent if the land of the Pakistani territory. Being almost half of the whole of Pakistan, there has been very little development in the past years in this region. Being a land of vast resources and capabilities, the governance cannot justify why there has been negligible development in this region. The land is rich in mineral wealth and natural gas. There are locations like Zhob where major antimony deposits are found. Gold and copper deposits can be discovered in the regions of Saindak. Despite an abundance of such profitable precious metals and resources, they remain unutilized.

It cannot be ignore that the infrastructure has been neglected majorly. The connectivity throughout the Baloch territory stands to have the lowest density in roads and there exists no proper railway connection for commutation. These are common areas of development that have not been invested in for this land which displays an inherent bias in the attitude if the governance. They do not even have an adequate representation in the Parliament. The idea for Balochistan to bloom as an individual entity, therefore, seems attractive as due importance can be given to development and the basic progress of the land can be ensured.

These reasons are backed by the infamous killing and finding of the mutilated bodies of hundreds of missing persons. Sometimes, these missing bodies have been found years later. This is a real menace and is unacceptable on humanitarian levels. If a territory is fighting for its right to exist as a safe place where its citizens can live assured that no one will draw a weapon from a corner and kill them then that is definitely a concern! Nobody in a democracy in the 21st century should have to battle to be eligible for basic humanitarian rights. An amalgamation of all these reasons only makes it reasonable for it to exist free of these barriers to growth and freedom. Balochistan can achieve this growth and development by being autonomous and thus it needs to be free from the shackles of such governance.