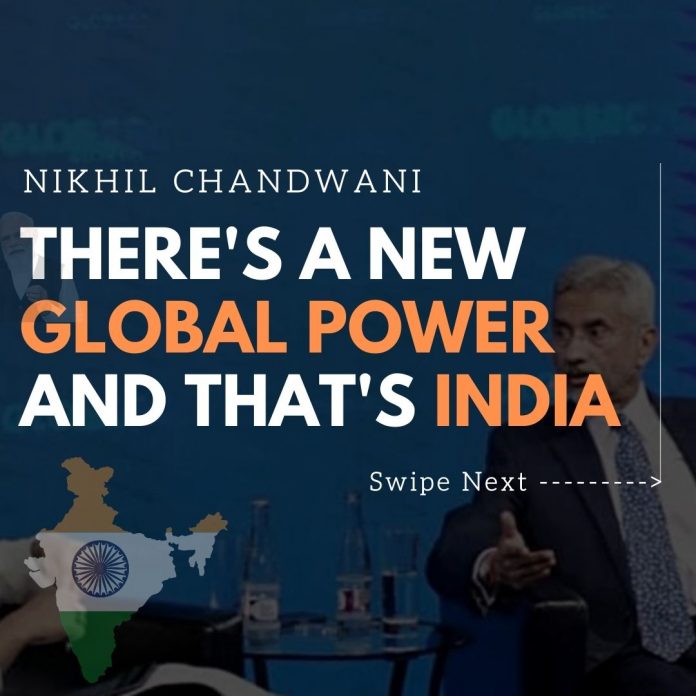 India’s foreign policy isn’t about sitting on the fence; India’s external affairs minister, S Jaishankar, has made a lot of things clear in the following speech. At the annual Bratislava Forum, organised by the think tank GLOBSEC in the Slovakian capital, External Affairs Minister S Jaishankar spoke extensively about India’s stance on the Russia-Ukraine war, which entered its 100th day today, and about the axis, it would prefer to be a part of, among other crucial issues.

When the moderator asks him who India will side with – US or China – in case it has to pick a side, the minister said: “I don’t accept that India has to join either the US axis or China axis. We are one-fifth of the world’s population, fifth or sixth largest economy in the world…we are entitled to weigh our own side.”

I am so happy to see this drift in India’s stand. Europe is known to sacrifice soldiers from non-European countries in their interstate wars. From the World War to Historic territorial wars, Europe has always tried to exploit India’s resources without compensating our nation.

China has also tried to exploit our nation multiple, but first trying to propagate friendship and then backstab us. India is not merely a nation but a civilization – the world’s oldest surviving society. India cannot be forced to follow one of the two choices for the global alliance. Americans with their European allies are known to exploit; the Chinese are known to backstab and enslave using bad loans. A third leader is needed, and India is here to fill the space. India is a nation that has never invaded any country. It has maintained honest trade relations with the world, and its leader won the election with the most votes in the world. Since the world loves democracy, and it’s Narendra Modi who won an election with the world’s highest number of votes, he must be seen as a potential global leader. India has neither enslaved anyone using bad loans nor exploited any nation to win a war. The track record of 5000 years speaks for itself. Every other civilization that has entered the golden age has done so by destroying another nation. India has never done that, despite entering multiple golden ages since the BCE era. There’s a third superpower in town, and that’s India.