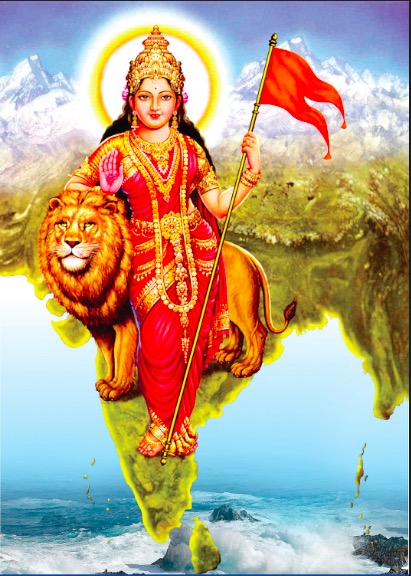 The recent unfortunate event of abduction of two minor Sindhi-Hindu girls in the Pakistan, this issue of forcefully converting them and compelling them to marry older Muslim men has finally come into light through social media.

This despicable turn of events was seen only a few days ago, in the Ghotki district of Sindh. Two minor girls Reena and Raveena Meghwar, who are twelve and fourteen respectively, were forcefully abducted from their homes.

This is not an isolated incident. The Hindus, mostly the Sindhi-Hindus, have been facing terror in Pakistan since 1947.

Sindh was home to Bharat’s first major civilization, The Indus Valley. Sadly, due to politics of early 1900s’, partition took place. This was the beginning of terrorism against the Hindus in the neighbouring nation.
In the last forty-five days, more than seventeen girls were abducted and forcefully converted in Sindh.
This includes Komal from Tando Allyar, Lakshmi from Karachi, Sonia from Karachi, Sonai Bheel from Hyderabad (Pakistan), Parmeela Mehshwari from Tando, Mala Meghwar from Jam Khan Pitafi,
Gaini Kohli from Badin, Lachhmi from Tarai Badin, Reena from Ghotki, Raveena from Ghotki

With constant complaints from such families, no strong action is ever taken to rescue these girls, leave alone bring any justice to the perpetrators. In a recent case case, a viral video of the troubled father of these two girls pressured the government of Pakistan to explain this outrageous act. The concern here, however, is above all religious issues. Forcing these little girls out of their homes into the hands of predators where they are subjected to mental and physical abuse is the downright violation of international humanitarian rights.

Where are the liberal media and the feminists?
Isn’t a Hindu girl, a girl, and isn’t this a feminist issue as well?

With a rise in the religious extremist movement in light of recent strikes and political events, the number of cases of such forced kidnapping and marriage has greatly risen. It is sad enough that no action is ever taken against the offenders who are instead backed up by some political groups. Thus, such acts are happening with people in strong political positions supporting the disgusting approach of such child abuse.

There have been thousands of such cases which have been observed openly without any action or law enforcement against the offenders in Pakistan.

Despite clear laws for any form of conversion in religion and laws against child marriage, such conversions are taking place forcefully without anyone batting an eyeball, as if this is the norm of the land.

What is unacceptable is the lack of any interest or efforts from either the police or other governing bodies in trying to resolve even one of these cases.

In light of the recent case, the Sindh police responded with a bizarre statement on March 21st saying, that the abducted girls have provided statements stating their free will in being converted to Islam.

This is absolutely bizarre since it was made very clear that the girls are under age. They are not entitled to give their consent to any kind of marriage even if they pleased so.

There are provisions under the Sindh Child marriage Restraint Act which would have been sufficient for the police to create a case on the offenders.

The police, instead, chose to brush the event under the carpet and pretend as though this wasn’t a big deal. It is despicable that the girls were not only left not rescued from this situation but there was an attempt by the police department to justify why there was nothing wrong happening.

An angry and justifiably outraged father sat in protest in the local police station and expressed his angst. A video clip of this went viral on the internet bringing attention to this incident. Only after this was the police forced to give a viable explanation as to why nothing was done. To which, they chose to justify why nothing needed to be done.

This video clip was viewed widely across the nation and beyond. The family still claims that no political party or governing body has yet contacted them to provide any support. The girls should be safely returned to their families as they are underage and it is shameful that any justification is being given on such an act.

I am a Hindu-Sindhi residing in India. I am thankful to Bharat-Mata for accepting us when we were displaced forcefully during the partition. I bow down to our beautiful Indian tricolor for letting us call ourselves as Indians. I thank millions of Hindus in India who helped all Sindhi-Hindus, including my grandparents, in settling down in this beautiful land.

I promise to live and die for India. I promise, I will contribute to nation’s building and I promise, the tricolor will rise higher than the skies above until the end of time.

But today I am hurt. I want to save my Hindu sisters from the horror in Pakistan.

Sadly, the bill couldn’t pass in Rajya Sabha because of the politics by opposition.

Those little girls being forced into marriage and conversion and that helpless father crying has broken me down and I hope, the Citizenship Amendment Bill is passed soon.

I am sure Bharat-Mata will again help and support the Sindhi-Hindus who are tortured in Pakistan because no mother can see their children cry, and ‘Bharat’ is a mother to every single Hindu across the world.