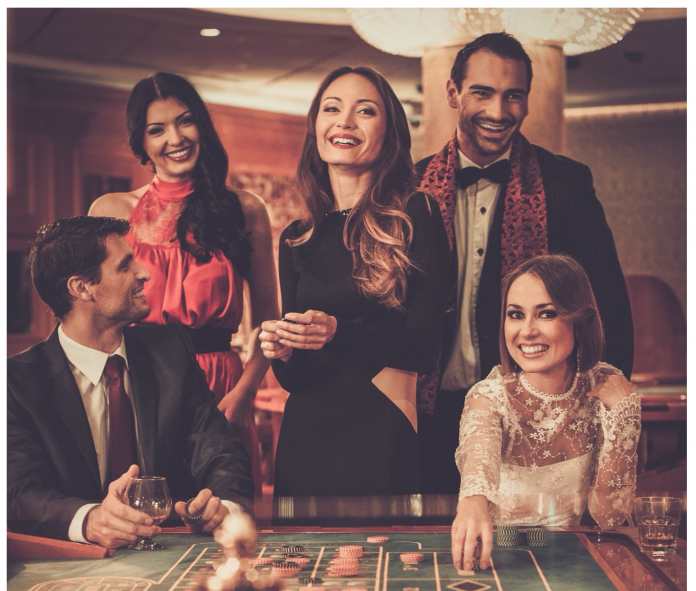 Whether you play casino games online or at a land-based casino, you’ve no doubt seen, heard or performed some of these superstitions, in the hopes that they might somehow improve your gameplay.

Whilst ‘luck’ is just a concept, and both land-based and online casino games are based on pure chance, sometimes we can’t help trying something out to see if it can improve our gameplay – no matter how random it might seem!

In this article, we’ve put together the top five weirdest and most wonderful casino superstitions for you to discover.

Blowing on your dice

This is one of the most common superstitions you’ll likely see on the casino floor.

It’s believed that the moisture from blowing on the dice, in the past, would reveal any substances that could be used to cheat. In the modern-day, it simply insinuates the idea that you’re checking every die works correctly.

Never entering through the front door

Some players believe that it’s a bad omen to enter a casino through its front entrance.

This superstition originated in Las Vegas, when a popular MGM casino’s front door resembled a huge lion’s mouth. This literally made visitors feel as though they were walking into the mouth of the beast.

Eventually, the casino changed their entranceway, but many players continued to use the side door here, and at other gaming venues.

This one is believed to have originated in Serbia, where it was thought that itchy hands were a sign of ‘luck’. In the world of casino gaming, some players believe having an itchy right palm could indicate a big win, whilst others think an itchy left palm represents a loss.

Of course, other people simply believe an itch is just an itch, and doesn’t relate to casino gaming at all.

Other casino-goers might carry items they deem to be ‘lucky’. Traditionally, these are things like rabbit feet, horseshoes and four-leaf clovers. It’s not uncommon for players to wear lucky underpants, socks, and jewellery they believe could somehow influence their gameplay, either.

Another thing some players think could bring ‘luck’ to their gaming session is wearing the colour red. According to Chinese culture, red represents ‘luck’, and is a prominent feature during the Chinese New Year, where it’s a popular tradition to give money in red envelopes.

One of the strangest traditions is the idea that crossing your legs when playing a casino game can bring terrible luck. This is thought to create some sort of a barrier between your body and the flow of good luck, which is why you’ll commonly see players choosing to stand up when playing slot machines or other table games.

Much like avoiding walking under a ladder or stepping on three drains, these casino traditions and superstitions have stemmed from all sorts of wacky ideas and wonderful traditions, all over the world.

It’s interesting to know why some people do certain things or act in certain ways when gaming, and whether you’ve unknowingly adopted any of these superstitions.

So, the next time you play online or at a land-based venue, keep an eye out for any of the things you do in an attempt to boost your gameplay, and have a look around for others doing the same!