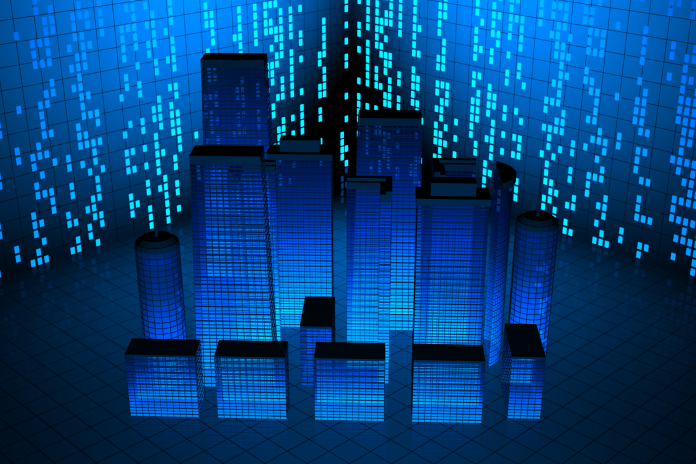 Technical change is an understudied field. Many scientists and business execs are too busy trying to get their hands on the latest gadget to even bother researching the nitty gritty. Thankfully, this paper aims to fill that void. It uses a selection of technologies and their historical antecedents to demonstrate the complexities of technological innovation. In doing so, the author takes a more holistic approach by evaluating not just the technical, but also the economic, social and cultural aspects of technology. This enables them to draw a more balanced picture of technological change.

The big question is whether we can ever achieve the elusive technological synthesis. Indeed, many people doubt that a tech-smart hybrid can be hatched. As such, it is critical that we understand how to best manage and capitalize on the many facets of technological change. This paper lays out some of the pertinent factors that should be considered in order to make the process of tech evolution an enjoyable and successful endeavor.

One of the most important steps in achieving the desired state is to identify the technologies that are likely to elicit the most benefit from our efforts. By assessing the most effective technologies, we can better understand which innovations to pursue and which ones to avoid. Similarly, we can devise a strategy to ensure that the most promising innovations gain a fair shot of market share.

We also look at the various methods by which we could gauge which innovations might gain the most traction and which are least likely to become a fad. Using a sample of four technologies that have been around for some time, we examine the relevant technologies, their strengths and weaknesses and how they relate to one another. Furthermore, we examine their scalability and how we can improve on the existing state of the art. While the paper demonstrates that the economics of technical change are understudied, the study does provide some useful and revealing insights into how we should think about this topic in the future. Ultimately, the paper makes a convincing case for the importance of technological change in modern society and how we might better manage and exploit it.

The four technological paradigms that have emerged in the evolution of technology are: computer science, space exploration, biotechnology, and information and communication technologies. These are based on various elements, including new synthetic materials, machine manufacturing, information technology, and production flexibility. Each of these paradigms had its own characteristic and the characteristics of the fourth and fifth are still observable today.

During the twentieth century, the development of technological systems had a profound effect on the world. For instance, Nikolay Kondratiev’s ‘long wave’ was a significant period of financial stability and financial wealth. At the same time, abiotic and biotic resources were depleted. Such resources include clean air, fertile soil, and water.

This paradigm sparked the invention of the automobile and high volume manufacturing of consumer goods. Moreover, it contributed to the development of weaponry and machinery manufacturing.

In addition to technological paradigms, the emergence of new scientific, technical, and technological revolutions is expected during 2020-2025. To determine which ones are likely to occur, economists often look to a few indicators. Some of the most important are:

a) Knowledge persistence: The degree to which a patent’s influence on recent inventions is affected by a patent. Patents are considered HPPs (highly persistent patents) when they have a knowledge persistence of more than 1.0. Although this is not a perfect indicator of future paradigms, it does show a power law distribution.

The development of measurement technology has influenced human life since ancient times. It is a branch of science that deals with obtaining data on states, properties, or processes through various devices. These devices can be used to perform mathematical operations on the data.

Modern measuring equipment is capable of acquiring and transmitting data over great distances. It is an important part of scientific research and manufacturing. In addition, it is used to automatically record measurements, and can be integrated into control systems.

Various types of electrical equipment are used for these purposes. The first tube diode was developed in 1904 by John Ambrose Fleming. This device increased the accuracy of measuring devices. His invention led to the development of electrical amplifiers.

During the second half of the 20th century, the field of measurement technology evolved along with the growth of physics. Spectrometry and radio measurement appeared. Also, semiconductors became cheaper.

After World War II, the instrument-making industry began to develop. Today, it includes the manufacture of medical, analytical, aviation, and geophysical instruments.

Since the turn of the 20th century, the field of measuring technology has been divided into sub-branches, such as electrical, magnetic, and optical methods. Each branch has its own set of concepts and methods of analysis. However, the overall process of formation of measurement technology as a unified science is not yet completed.

Despite the fact that the process of the formation of measurement technology as a unified field of science is not complete, its trends can be clearly defined in the early 1970s. Most of the software sold for the use of measuring technology has limited scope and is installed on a customer’s hardware. Nevertheless, most of the software is updated at varying intervals.

One of the main trends of the recent years is the miniaturization of measuring equipment. Such progress is largely based on the latest scientific achievements, especially solid-state physics.

Technology assessment is an analytic practice that is designed to identify the impacts of technological change and provide an analysis of the potential impacts on economic, environmental and social activities. It also contributes to the formation of political opinion in a timely manner.

A technology assessment survey is one method used for defining and evaluating the effects of technological change. An assessment may be performed on a national or international level.

Technology assessment is conducted by government or business entities. As part of the survey, experts in the relevant field respond to a questionnaire. These answers are analyzed statistically. This information is then grouped and interpreted according to various criteria.

Different technologies can be evaluated based on their potential to improve productivity. They can be differentiated by their application or originality. However, no single criterion can measure all aspects together.

As with any other strategic planning process, a survey of trends is necessary. Many factors impact R&D activities, including the quality of the labor force and the availability of water and electricity. Additionally, competition among firms and regulations influence the R&D process.

A technology assessment is an important policy tool. It helps determine whether a technology can be used to improve the economy, environment, health or society. In the case of a national or international assessment, a variety of indicators are collected and analyzed to create an overall technological level.

Assessing future technology is complicated. There are two fundamentally different approaches. One is based on a synthetic quasi-evolutionary model, which links variation and selection.