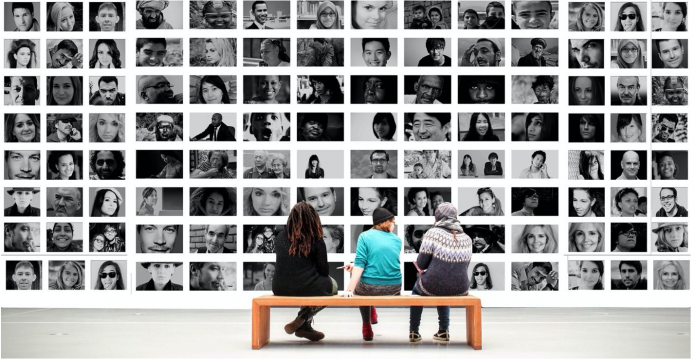 For many people, the word gambling is accompanied by a sharp intake of breath. There can be fear and disapproval around gambling as a pastime. However, is that well-founded, and why can gambling get such a bad name?  After all, it is human nature to forecast the outcome of a future event. We love to play games of chance. As far back as we look in human history, there is evidence of wagering.

If we are going to do something, the argument goes that we should do so safely. In addition, if the money raised can benefit society, then all the better. This is the case behind the regulation and legalization of gambling around the world and across the US in particular. Prohibition failed to prevent gambling and, more than likely, increased gambling harms. So why is it such an emotive subject, and how can we ensure that the most vulnerable people are protected?

Whether we like it or not, gambling is now legal in almost every US state. The exceptions are Hawaii and Utah. In these two states, the anti-gambling factions come from moralistic and cultural arguments. However, to some extent, the rest of the US has realized that outlawing gambling does not make it go away. In fact, it just pushes it underground.

The internet changed everything

Underground gambling and backstreet speakeasies were relatively easy to police. There were only so many places where the action could take place. However, the internet changed everything. Unregulated, off-shore casinos sprung up and were able to target US players. They offered their customers no protections and had zero benefits to society. They were just cash cows for their owners. In addition, they could make the most outrageous promises and offers, but as the activity was illegal, those who fell foul had no recourse to justice.

When several US states needed to balance their books after the financial crash of 2008, many looked to the sale of lottery tickets to help bring in much-needed revenues. The internet offered tickets to be sold over state lines, but questions arose over the 1961 Wire Act, which banned the use of telephone lines for gambling.

The rise of online casinos

To cut a long story short, the Wire Act was deemed only to apply to sports gambling. It took many more years for federal restrictions on sports betting to be deemed unconstitutional. However, this did not stop companies eyeing up and vying for the position of the best online casino in Michigan, Connecticut, Delaware, and West Virginia. Pennsylvania and New Jersey were quick to see the opportunities as well.

Not a new thing

Lotteries and gambling have long been established ways of raising funds in the US. Lotteries were one of the ways in which the early colonies supported themselves. In the 17th and 18th centuries, revenues from lottery tickets were used to fund churches, libraries, and colleges. There were even sales of tickets to fund the American Revolution. In those days, buying a lottery ticket was not regarded as a vice but as a civic duty.

It could be argued that there would be no ‘land of the free’ without gambling profits. In 1612, the money to buy the ships heading for Jamestown Colony came from a lottery fund. The Virginia Company of London was set up to sell tickets, and a prize of 4,000 crowns was at stake. Unfortunately, the company was not very good at selling tickets, and in 1616 they set up instant win lotteries outside the capital with traveling salespeople flogging tickets. Similar to scratch-and-win lottery tickets today, people found out immediately if they had won.

The instant win games were a huge success, raising the equivalent of over $10,000,0000 in today’s money. However, it was not only the first colony that was funded in this way. George Washington, Benjamin Franklin, and John Hancock promoted lotteries for specific projects, and public buildings, roads, and canals were built from the proceeds. In addition, some of the USA’s earliest colleges were funded by lottery proceeds. These include Harvard in 1636, Yale in 1701, and Princeton in 1746.

A form of voluntary taxation

These lotteries were like a voluntary tax the colonists paid in exchange for a chance to win money or a prize. This same spirit saw the rolling back of anti-gambling laws across the US at the beginning of the 2010s.  Las Vegas had never been in any doubt as to the benefit to its citizens of liberalized gambling laws; it just took other legislatures longer to catch up.

The importance of regulation

No one can deny that, for some people, gambling is addictive and can be destructive. However, for most people, this is not the case. Wagering is a fun way to add an extra twist to watching sports or playing a game of cards. What matters is that people at risk of addiction are safeguarded against themselves. Regulated operators have safe gambling tools, which include deposit limits and self-exclusion. Anyone involved in a casino night out, or an online casino night in, needs to set a budget and stick to it. Remember, ultimately, the house always wins but hopefully, society can benefit a little too.