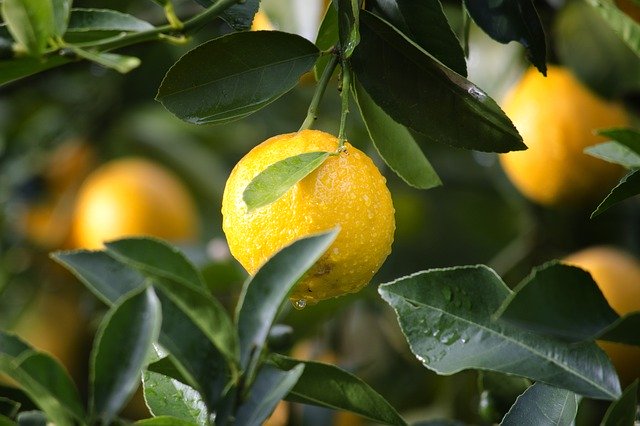 Organic farming is an ecological farming technique, which focuses on crop rotation and companion planting. It uses organic fertilizers, such as compost manure, bone meal, and green manure.

Organic farming is a way of producing food without the use of synthetic chemicals. The process involves the use of organic manures and crop rotation.

These practices increase the health of the soil and yields better crops. They also protect the local ecosystem from harmful pollutants.

Another benefit of organic farming is its ability to maintain biodiversity. Using organic pesticides keeps bugs and other harmful organisms out of the produce.

Another organic compound used in organic farming is Boric Acid. It is a soluble chemical that works as an antiseptic, insecticide, and flame retardant.

Another natural product is Pyrethrin. This is an organic compound that is found in the flower of the Chrysanthemum plant. While it is not the most effective chemical, it is an organic insecticide that is used to keep bugs at bay.

Another example of a natural compound is Copper (II) Sulfate. This herbicide is very effective at killing fungi, insects, and other unwanted organisms. But it can cause side effects in humans and bees.

In general, the use of synthetic chemicals in agriculture can lead to problems such as contamination of water and soil, and damage to local ecosystems. Chemicals are often expensive and farmers have to rely on them for years.

Organic farming is becoming more popular and more common in the U.S. A number of agencies have allowed certain chemical compounds to be used in organic farming.

Some of these are:

The organic farming industry has been studied for years. The most recent study was conducted by the Genetic Literacy Project and concluded that up to half of the allowed natural pesticides were carcinogenic.

One of the most controversial issues regarding organic farming is toxin exposure. Most organic farmers use pesticides, but this isn’t always the case. In fact, some organic products contain residues of synthetic pesticides.

Pesticides are used in order to control harmful organisms and insects. Synthetic pesticides are typically much more toxic than natural ones. Organic farming regulations restrict the amount of toxic substances that can be used in food.

Natural pesticides are those that are derived from plants or naturally occurring substances. They can be dangerous for humans and the environment. For example, copper sulfate is permitted in organic farming, but it can leave a hazardous residue on food.

However, it’s important to remember that toxicity doesn’t mean that the chemical is safe. Biological pesticides, on the other hand, may cause fewer severe health effects, but they can be more damaging to the ecosystem in general.

Among the many ways to control pests, organic farmers often use cultural practices and mechanical tools. They also use biological and chemical controls. A popular organic insecticide is the Bacillus thuringiensis (Bt) toxin, which is a small insecticidal protein from soil bacteria.

Other methods include the use of pheromones, which are a non-toxic way to confuse insects. Some organic farms use gas-powered flamethrowers and black plastic “mulch” carpets.

Although some people believe that pesticides are not allowed in organic farming, there are actually plenty of chemicals to be found. For instance, there are over a hundred fertilizers that can be used in the U.S. that have been approved by the USDA.

The USDA maintains a list of approved pesticides for use in organic produce. In 2007, 1% of all organic foods were found to contain pesticide levels that were above legal limits.

Organic farming has gained significant attention in recent years, and more and more households are choosing organic food. But while the benefits of organic food may seem obvious, there are also plenty of challenges that must be addressed. In particular, it is important to determine whether the on-farm benefits are outweighed by the ecological costs of farming.

Yields are a major concern, as they are essential for the viability of an organic agriculture industry. A recent study has outlined several key issues.

First, yields can be impacted by local weather conditions. Secondly, higher yields can lead to the expansion of agricultural lands, and a lower yield could mean a loss of carbon opportunity cost. Lastly, the best yields are the result of good management.

Species density increased dramatically with a reduction in crop yield. The benefits of biodiversity are also not limited to the farm. For example, butterflies were 27% higher in organic fields, while bumblebees were 33% lower.

However, the biggest impact that organic farming has on biodiversity is not measured in a scientific test. Instead, a whole-economy approach is necessary to compare yields and other related measures.

This review explains the different ways in which organic farming can benefit plants and wildlife. It also looks at ethical, economic, and consumer issues associated with the practice. Finally, it evaluates the different problems that might affect the health of the soil, water, and air.

Overall, it is clear that while the benefits of organic farming are obvious, it cannot match conventional yields. Hence, farmers who opt for the organic method should be encouraged to do so, while also taking into account the potential environmental and economic costs.

Organic farming systems can deliver a comparable yield to conventional ones if they employ good management practices. The best results are likely to be achieved in mosaic landscapes, which include naturally aggregated areas.

The benefits of organic farming include lower exposure to pesticides, less pollution and better working conditions for farmworkers. It also contributes to a healthier environment and ensures food security. Organic products are also more nutritious, which is beneficial to human health.

A recent study found that switching to organic agriculture could be a solution to the growing environmental problems. The researchers concluded that the transition to organic farming could help mitigate the negative impacts of global warming.

Despite the positive effects of organic farming, it is not without its disadvantages. Compared to conventional agriculture, the transition to organic farming is not easy. Farmers often find it difficult to accommodate large-scale production due to the lack of infrastructure. Also, the process is labour intensive.

The demand for organic foods is increasing rapidly. This increase has led to a significant increase in employment.

In addition, organic products are more nutritious and have more antioxidants. The antioxidants help prevent cancer and heart disease. They also protect against premature aging.

Foods that are organic are also rich in omega-3 fatty acids. These are more heart healthy than other fats.

Research has shown that organic dairy and meat products are more beneficial for human health. Animals on organic farms are fed organic feed and grass. Generally, the animals are given organic milk and eggs.

Many studies have found that there are more nutrients in organic foods than in conventional foods. Some studies show that they have up to 20 to 40 percent more antioxidants.

However, there is still little quantifiable research on the health benefits of organic products. Because of this, it is hard to determine the connection between the products and health outcomes.

Organic farming is a promising endeavor that can be economically beneficial and environmentally responsible. This is especially true in rural areas, where it can redistribute resources and create economic stability through job creation. In addition, organic farming has the potential to increase crop yields. However, the cost of producing organic food is higher than conventionally grown produce.

Many farmers cite a lack of capital as a major barrier to entering the market. However, this may be due to a shortage of liquidity, rather than an unwillingness to invest in the land. The requisite capital could be found through long-term leases that encourage the adoption of practices that have a more long-term payback.

Several studies on the costs and benefits of organic agriculture have been conducted in Europe and India. While the results of these studies differ, they generally confirm the general adage that organic farming is more environmentally friendly and more productive than traditional methods.

However, it’s difficult to draw firm conclusions from studies on the costs of organic farming. Unlike conventional farming, there aren’t large amounts of data to work with. A more useful measure of performance would be per-acre accounting profits. These are likely to be low in organic agriculture, but may be higher in the conventional sector.

Other studies have shown that non-economic factors are more likely to play a larger role in determining the success of organic agriculture. Such factors include social, philosophical, and even environmental benefits. It’s not clear whether these benefits are a direct reflection of the superiority of organic production, or simply a reflection of market forces that favor organic farming.

Although many of the aforementioned studies have used statistical models to evaluate these factors, identifying them is still a challenge. Some researchers have suggested that a more comprehensive evaluation is necessary to better understand the role of the non-economic variables.