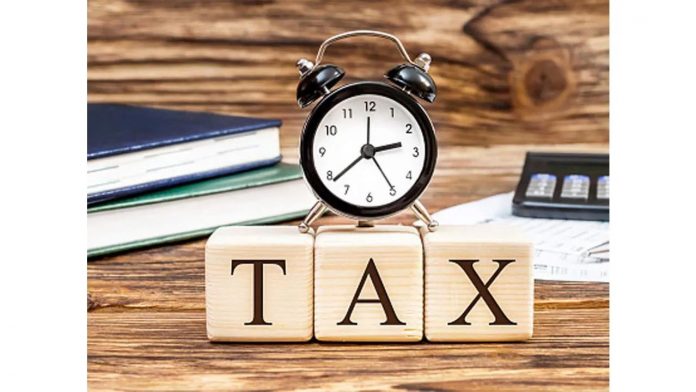 Tax Evasion is a crime that is committed when people do not pay taxes. There are various ways that tax evasion is committed. It can be misclassifying employees or using offshore tax havens.

One of the most significant problems in the world of work is worker misclassification. Employers are often looking for ways to cut costs by paying their employees as independent contractors, but this can come with a price. Not only does this lead to a number of legal and financial penalties, but it also deprives workers of the benefits that their peers have. This is a particularly serious problem in states with strong wage laws.

Luckily, the IRS has a tool that can help businesses avoid the worst penalties. They can use the new IRS Form 8919 to estimate uncollected Social Security and Medicare taxes. The form calculates the tax savings that would be incurred if workers were properly classified. Depending on the level of the misclassification, the IRS may require the employer to repay all or part of these taxes. There are also criminal penalties if the employer is found to have misclassified its workers.

Unlike other forms of employer fraud, employee misclassification is not an opportunity to get around the law. Employees are legally bound to receive benefits such as minimum wages and overtime compensation. If an employer tries to avoid these responsibilities, it could end up costing the company a fortune. In some cases, employers have been fined or sent to jail for improperly classifying their workers.

Employees who have been wrongfully classified as independent contractors have been known to take advantage of their status as a contractor to snub their peers by stealing wages or working off-the-clock. These types of schemes are particularly common in labor-intensive jobs like construction, but they are widespread in lower-wage occupations as well.

Misclassification is also a cause for concern because it undermines basic protections and rights of workers. For example, if a worker is not properly paid, it can result in a lack of meal periods and rest breaks. As a result, employers are not paying workers the amount of overtime they deserve.

Another reason for misclassification is that it is a great way to avoid payroll costs. In general, employers need to pay social benefit programs such as Social Security and Medicare. But if they aren’t doing so, it can lead to an audit from the IRS or other authorities. Additionally, they can be subject to fines and a year in jail. Fortunately, there are many ways to avoid being caught off-guard by a tax investigation.

To prevent this from happening, business owners should educate themselves about the most effective methods of correcting employee misclassification. In addition, they should contact experienced tax counsel to discuss the best course of action.

While there is no silver bullet, a compliant classification is a necessary ingredient for a lawful business. The IRS is on the lookout for any shady practices that could cost businesses a lot of money.

Offshore tax havens are locations that offer low or no tax rates. Typically, wealthy individuals and companies utilize these places to hide their wealth and avoid paying taxes.

Tax havens are often small countries, typically with little or no income tax. They provide banking services and a legal system. These jurisdictions usually have low or no income taxes and low or no corporate taxes. The money that flows in through these financial institutions is then invested in the country’s economy, with the owner gaining an advantage. It’s important to note that this advantage is not necessarily a good thing.

One of the biggest concerns about offshore tax havens is that their use is inimical to the stability of the global financial system. By allowing massive amounts of cash to flow into these nations, tax havens serve as laundromats for corrupt illicit wealth. Many criminals wire illicit wealth through multiple financial structures in different tax havens. This makes the connection between the proceeds of illicit activities almost impossible to discern.

Tax havens are also often used by corporations for profit protection. For example, in 2011, a group of Fortune 500 companies reported holding $1.6 trillion in profits outside the United States. Although no income tax is applied to those companies, there are special rules regarding reporting foreign income.

In 2011, the state and local government of the United States lost $39.8 billion in tax revenue. This was an amount that could have helped firefighters and park and recreation workers. Considering the low fees that are charged for using offshore accounts, it’s easy to see how these expenses can add up. However, this means that states should do more to fight the abuse of offshore tax havens.

According to the Paradise Papers, a series of leaked files, tax havens are in fact not as secure as they seem. The identities of 13.4 million individuals and businesses were exposed in the documents. Despite a large amount of publicity, the Panama Papers have only begun to shed light on the abuse of offshore tax havens.

Several large corporations have been found to have used offshore tax havens. The list includes Apple, Inc., which transferred its revenues from iTunes sales to Luxembourg for a tax break. General Electric also managed to pay no tax bill in 2010, despite the fact that it received more than $1.5 billion in federal stimulus funding.

Several studies have shown that wealthy individuals and companies use offshore tax havens to evade tax, which exacerbates poverty and inequality worldwide. It’s time for federal policymakers to crack down on this practice.

Many of the major tax havens are located in the Caribbean. These include the British Virgin Islands, Bermuda, and the Cayman Islands. During the 1920s, many wealthy Brits relocated to Jersey, a Channel Island between England and France. Because of its lack of inheritance and wealth taxes, this island became the tax haven of choice for the rich.

Those who engage in tax evasion often face severe criminal penalties. These penalties include fines and jail time. In addition to imposing criminal penalties, the IRS has the authority to impose civil penalties. Depending on the offense, penalties can be as high as seventy-five percent (75%) of the tax owed.

Tax evasion can involve a number of different acts, but the most common are failure to file a return and omitting income and profits. This is a more comprehensive offense than simply filing a tax return and is the most serious of the traditional tax crimes.

Tax evasion occurs when an individual or business entity intentionally avoids paying taxes. Depending on the nature of the violation, penalties can be as high as five years in prison. For corporations, maximum fines can be as high as $500,000. Generally, the IRS can charge up to a hundred thousand dollars for failing to file a return and up to twenty-five thousand dollars for omitting income or profits.

If the defendant is found guilty of tax evasion, he or she will be liable for the amount of taxes owed, plus interest. The statute of limitations for filing charges is usually six years, but can be extended up to three years for a probation period. A fugitive or a person seeking innocent spouse relief may also be able to get a longer period.

Other forms of tax evasion can be related to businesses or other organizations. The IRS has the authority to levy penalties for fraudulent conduct related to these entities, and has a large staff of agents who investigate such allegations.

When an individual or corporation is charged with tax evasion, the prosecution must prove that the individual or business engaged in the crime with the intention of defrauding the IRS. However, there are several defenses that may be used. Generally, if the alleged act was done with only a negligent motive, the penalty will be relatively small.

Another common tax evasion example is a business that fails to file a return and fails to make required tax payments. The IRS can impose a fine of up to ten times the amount of the tax omitted.

When a taxpayer is accused of a tax crime, the first thing to know is that the crime is a federal offense. While each state has its own laws, the United States Attorney’s Office prosecutes such cases in federal courts. There are some similarities between the corresponding crimes, but there are some important differences as well.