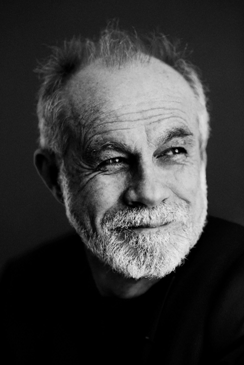 The average daily travel time for people worldwide is one hour, with roughly 30 minutes allotted for morning travel and 30 minutes assigned for the evening commute. Some people prefer to live in areas with significantly shorter commutes, while others, especially in the remote areas of the suburbs, select areas with far longer commutes. For metropolitan areas, but also for medium and low-density areas,the average does not start to blow out until a city degenerates or expands rapidly; the 30-minute territory idea has shown to be quite beneficial for town planning because it makes it easier to decide where growth should take place or not strategically.

Although the real estate and urban development sectors have a large appetite for the 30-minute territories and metropolis, land development politics frequently get in the way. Landowners outside of urban areas will always seek to profit handsomely from rezoning their property for suburban rather than rural uses.

The 30-minute territory idea is a creation by Carlos Moreno, an associate professor at the Paris 1 Panthéon – Sorbonne University – IAE. He popularized the notions of the 30-minute territory and the 15-minute city. He became well-known as a scientist for his pioneering work, original thinking, and distinctive approach to urban development projects. He is recognized for his “Smart City” idea and for being a successful entrepreneur due to his cutting-edge start-up concepts. He is currently known for serving as a scientific advisor to national and international personalities, including the Mayor of Paris, Mrs. Anne Hidalgo, in his capacity as the mayor’s special envoy for “smart cities.”

In 2010, the French Republic bestowed Moreno with the title of Knight of the Order of the Legion of Honor. In 2019, the French Academy of Architecture awarded him the Foresight Medal. Moreno, who is strongly committed to science, innovation, and creativity, works to connect scientists with professionals in the innovation ecosystem.

The contributions of professor Moreno are known for their originality, ingenuity, and innovation on a global scale. The implementation of his contributions is in numerous local governance and urban transformation projects in France and other countries. Through his research, he has helped advance ideas about the city of the future and its various models, which include the following: the digital and sustainable city, the smart city, the intelligent human city, the living city, and the 15-minute city, which was introduced in 2016 and was followed by the 30-minute territory.

The Moreno’s 30-minute territory is much more than a question of mobility. It is, above all, the capacity to enjoy a quality of life through services that will be available close to home and that will allow the development of more local economic activities, social links, reduction of CO2 emissions, and safeguarding of our resources. The 30-minute concept uses a different and broader execution of the same idea as the 15-minute city. People can access various areas on foot or bike within a constrained radius in the 15-minute city. Other modes of transportation, particularly electric and shared vehicles,on-demand transit,and virtual lines based on travel patterns, must be included in the 30-minute urban zone. The 30-Minute territory also allows for a combination of different forms of mobility with the aim of improving the lifetime value. Electrically assisted bicycles also help to improve accessibility. And let’s not forget walking is also a key element for better health, and this is relevant for all ages.

30 – Minutes Territory And its Benefits

Research has shown how regular long commutes by car contribute to poorer health by promoting obesity and high blood pressure. Family relationships are also impacted by tensions within the couple and more difficult parent-child relationships. The World Health Organisation (WHO) recommends that adults take at least 50 minutes of moderate exercise per week.General health can be enhanced or maintained by walking. Exercising for 30 minutes can strengthen bones, improve cardiovascular fitness, lower excess body fat, and build muscle strength and endurance. Additionally, it can lower the risk of contracting illnesses like heart disease, type 2 diabetes, osteoporosis, and several malignancies. Walking is a cost-free fitness alternative that does not call for any specialized gear or prior experience.

People can become healthier by engaging in physical activity, even if it is not strenuous or prolonged. Even a modest amount of exercise for roughly 75 minutes per week can improvefitness levels. People who choose to exercise for their daily lives never regret it and feel content and healthy.

The 15-minute city may have been born in a specific urban context, but with the 30-minute territory, it is proving to be adaptable to larger, multi-density, and even less dense areas. It is also the legacy of the pandemic and the need to save energy with the current crisis and, of course, with the ever-increasing threat of climate change.

Quite simply, the 30-minute territory shows us that we can change the way we work, live, and play.

In addition to offering solutions to the problems faced by cities, capitals, and territories, professor Moreno’s work strives to encourage the transformation of people’s lifestyles and urban environments.Fostering a healthy environment makes it easier for people to function and inspires them to perform better. People can contribute to its improvement by taking action against factors that disturb the living environment.

People can enhance their lifestyles and neighborhoods by following the guidelines and recommendations set by Carlos Moreno. Cities can alleviate pollution and other community issues stemming from large and complex city plans. The interests and needs of society directly impact scientists, who frequently focus their studies on issues that will benefit the community.