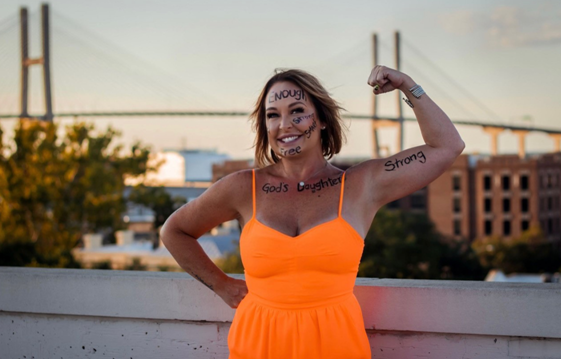 Worries are a part of life, and one such worry is living around people who are abusive toward others. Jessica Sauls, the author of “You Have To Feel To Deal, ” is an intellectual who experienced the worst phases of life with courage. She lived around people who were addicts, and this was the environment she grew up in. She and her mother loved each other, but there was a caveat – she was an addict, and despite her best efforts, she couldn’t get rid of it. Jessica experienced many things early in her life, including abuse and domestic violence. The problem grew as she grew up and became attracted to people who were abusive toward her. Domestic violence was one of her major problems for most of her life. This book is different, as itteaches its readers ways to face and overcome hardships without losing hope.

Read the book, and you will learn the art of living through the most challenging phases of life while cherishingthe tiny moments of happiness.

Resilience was a notable trait in Jessica’s personality. She was resilient since childhood, as she withstood abusive relationships without faltering. She was a true abuse survivor, as she explains about surviving tormenting relationships in her book. She was beaten and abused for loving those who abused her, but this was because she was attracted to the wrong people.Her ability to assess the situation was another notable trait in her personality.

Her analytic approach helped hermanagethe domestic violence that she suffered daily. At times she became desperate, and when that happened, she assessed the situation and opted for the best solution.This not only let her stay put and focused butcouldalso understand the situation. Jessica’sability to assess the problemcame in handy many times. She was motivated to share her experiences with a larger audience and decided to write a book for people going through similar situations.

Authoring “You Have To Feel To Deal”

Unlike other sufferers of domestic violence, Jessica took a different approach. She attempted talking to her mother and explained the torments she experienced. Her mother never paid heed to her pleas and continued with her routine. Realizing it was no use, Jessica began to learn about the hazards of domestic violence and how it impacts a child. The horrors of it were enough to motivate her not to indulge in any negative activity resulting from frustration afterward.

Jessica Sauls book, “You Have To Feel To Deal,” is a masterpiece. Readers praise the style of authorship and fluency. Read the book, and you will find the importance of overcoming life challenges and abuse at home didn’t break her. Instead, she regained the courage and learned from her experiences. It is time for all passionate readers to overcome their hardships and “You Have To Feel To Deal” bedside book. Learn the art of creating moments of happiness through hardships, and smile whenever you can.