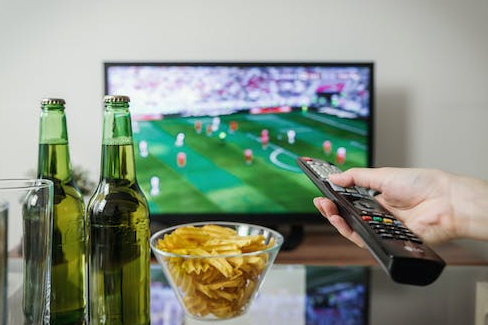 Placing a bet on any given football game can bring its fair share of rewards and risks meaning that if a football fan wants their bet to be a success, they may need to follow various calculated methods that can increase their chances of earning a much greater pay out in winnings.

Before placing any money on the line for a football wager, fans should always find a reliable sportsbook that will offer the best odds for any contest as well as being a safe and secure site to use during times of busy network activity.

Finding a suitable and vastly reliable sportsbook is often considered to be the easier option for betting enthusiasts, yet there are also many other ways that fans can bet on games featuring their favourite teams or players.

These bets can offer varying degrees of success for all sports fans but also have their fair share of implications that can gravely affect any punters chances of winning big.

One of the most familiar and vastly used forms of online betting includes wagering on outright odds centred around a particular moment in the season.

Outright bets can include many team or individual awards such as predicting who will win the league title, which manager will get sacked first, who will win the PFA Player of the Year award or Ballon d’Or.

These are usually bets that many fans can place at the start of the season to test if their early season predictions can come to fruition with some odds being amongst the most ludicrous depending on which team/player is selected for any given accolade.

Outright odds are a great way for fans to showcase their knowledge of football and can bring even more excitement for all contests throughout the season as it draws closer towards its conclusion as well as being fairly simplistic to understand.

However, these are also very unpredictable and the money that is being wagered will be held in the game for a long period of time from which any punter could have potentially used for other means.

This form of betting is becoming a popular commodity amongst fans of sports across the world, with football being perhaps the most suited sport for such wagers.

A bet builder (or accumulator) is where a punter places a bet on multiple different individual smaller bets from rivalling events across varying games such as betting on a player from Everton to receive a booking then adding on Erling Haaland to score in another game that is taking place on that same game week.

These bets have become so popular in such a short span of time because they offer such animpressive listing of odds and winnings as well as the operator providing the punter with multiple options and suggestions for simplifying such bets.

However, the biggest flaws that come with such wagers is mainly down to the low stake limits and their overall limitation for various other sporting games or events, which means that an operator is likely to only give a punter access to a few options when constructing a bet meaning you’ll have to pick your options wisely from the listings available.

An Over/Under bet mainly focuses on the concept of betting across the stakes that the bookmaker offers the punter, which is usually a 50% probability.

In football, this can so often revolve around the number of goals scored in a game meaning a bookmaker will ask if a team scores X many goals, leaving the punter to decide whether there will more or less goals scored depending on the game they are watching.

This is a simple yet effective method of betting on football events with other concepts including the number of cards, fouls, corners, saves and many other key facts within a game of football at any level of play.

Whilst these bets are often seen as being a great way to enjoy any game, there are also some limitations including the newly added Video Assistant Referee (VAR) system in most football matches which have cancelled out goals that may or may not would have stood previously meaning that a number of over/under slips have resulted in mixed bags of success since VAR was introduced to the footballing scene a few years back.

Overall, there are many ways that sports fans can bet on the game they love that all provide various hits and misses when betting, yet it is best to choose a stake that fits your knowledge of the game the best and one that you have greatest confidence in proceeding forward with.