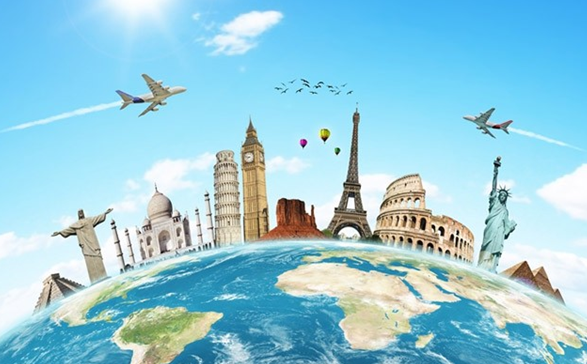 The need to travel and see beautiful locations around the world is a fascinating idea for many people. But the need to visit far-off places is especially strong in some people. That is why these people who love the thrill and adventure of visiting exotic and breathtaking cities use their vacation time to satisfy their passion for traveling. Their need to explore takes them to many locations around the globe. Among others, these explorers’ biggest issue is the planning and logistics that go into their tour planning.

Booking flights is a straightforward procedure, but the biggest issue is finding locations worth visiting in the city they will travel to. Some locations are well-known enough, so they are the first places they usually visit, but each well-known city that attracts visitors from around the world has many other significant locations that are not well known. Visiting the city and only visiting the well-known locations is akin to not taking full advantage of the journey. That is why it is imperative to learn about the city that a person is traveling to, with all the locations worth visiting, whether well-known or not.

The next big issue that all travelers have to contend with is that despite being in the same city, all locations have their own passes or tickets. Keeping track of all those paper tickets or passes, buying them at each location, and trying to remember which ticket or pass is for which location is not an easy option for a traveler. The problems that arise from misplacing a pass or not having one when the traveler reaches the location can lead to much frustration. This needless frustration can sour an enjoyable visit for a traveler. Despite the meticulous planning that goes into a tour can all go to waste if a traveler is not able to visit an important location in the city that they travel to.

Such an unfortunate turn of events can be blamed on the need to buy separate passes or tickets for individual locations in a particular city. This unfortunate necessity can even lead to the need for an extended stay in the city, so the traveler can easily visit each location without the fear of misplacing a pass for a certain location. But that may be a prospect that is impossible for travelers, due to the limited days they have set aside for visiting that city. Fortunately,one company enables an easier travel experience for travelers; Go City.

Go City is a UK-Based travel company that provides incredible ease through their sightseeing passes. Travelers can visit all notable worth-visiting locations in and around a city without worrying about the need to keep multiple paper passes or tickets that can be easily misplaced. The city pass that Go City provides enables travelers to visit the city of their choice and have a full tour without missing a single location that is worth visiting, at the same time they will save on the cost of each individual pass.

Go City was founded by Andrew Graham and Agnus Rankine in 1999. The company was initially called Leisure Pass Group. It was later renamed Go City in July 2021. The company’s founders realized the need for providing a travel that lessened the hassle mostly associated with traveling to a city and visiting all the important attractions. They came up with the idea to create a central pass that would enable travelers to visit all locations in a city without the need to buy separate passes or tickets for each one.

Go City is headquartered in the city of London. There are multiple teams of Go City located around the world to enable easier travel. The teams are located in various cities around Asia, Europe, and the Americas. There are 30 cities worldwide that Go Pass currently enables visitors to explore fully. These cities include great locations in Europe like Rome, Amsterdam, and Paris. The Asian locations include Bangkok, Dubai, Hong Kong, and other notable cities. The Americas offer a lot of exciting locations, including New York, Miami,Los Angeles, Cancun, and many other cities.

Go City has been a trend-setter in the traveling industry since its inception, which has enabled it to attain many industry awards. These awards include the top position in Travel and Hospitality and the 78th position in the Top 500 Inc 5000 for 2008. TheSunday Times International Track 200 ranked Go City at 55 in 2013. In 2009, The Sunday Times Hiscox Tech Track 100 league placed Go City in the 75th position. And in 2020, Go City was ranked at 50 on The Sunday Times Fast Track Top 250 list.

The consistency in performance, and the unique service it provides to travelers in major travel destinations and their many notable locations, have enabled Go City to come out as a leader in the travel industry today.