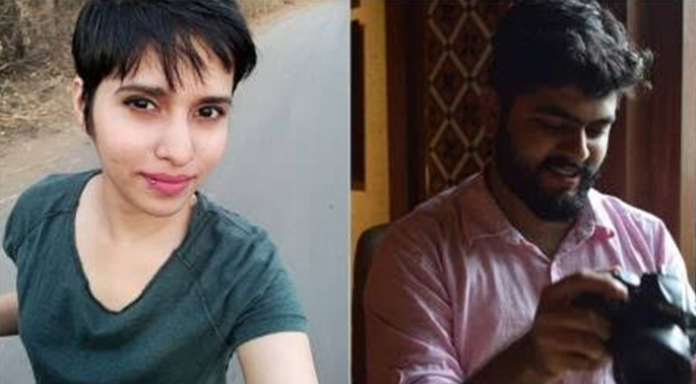 Welcome to the era of fatal inter faith love, where lovers specially Hindus are chopped off and fed to animals by their Islamic but progressive on social media lovers. Once again, it is unequivocally painful to witness a Hindu girl facing such grisly consequences for her gullibility that was probably befooled by social media activism like liberalism, feminism and secularism, luring her to disobey her families and willingly fall in the snares of pernicious love that endedher in a fridge, butchered like animals by her own lover whomshe dreamt to marry and live happily with.

A Hindu girl named Shraddha basically from Mumbai, eloped with her Muslim boyfriend and started live-in relationship with the boy who happened to be a chef. Despite many attempts of persuasion by her parents, she didn’t listen to them and flaunted how independent, mature, and witty she was, with her short hair and western garments as per her discretion to decide what to wear, who to choose to love. Little did she know that the guy who she had hurt her parents, abandoned them for, was going to chop her off this brutally that even monsters can’t even think of doing something dastardly like this. Against her parents, she moved to Delhi and thought that everything would be like a fairytale the way Bollywood and liberals show it. However, her fairytale ended up being the most grisly murder in India now. Her boyfriend murdered her in May 2022, and in order to evade any legal consequence, he inhumanely dismembered her body into 35 smithereens for a span of 18 days and kept in a fridge. Furthermore, he planned to dispose her off in the suburbs of Delhi, feeding her pieces to animals in the dark of the night. And by takingtips from American drama Dexter to clean blood and stench of her body, he managed to save himself for 6 months.

Who would have imagined such gruesome things to happen to a modern girl who claimed witty and mature and chose the love of her life, end up being slaughtered by her own lover? She was gullible about the terrifying reality which liberals, seculars, and feminists always conceal to stir their propaganda and spread such type of modernity that end up butchering common people who fall for it. Before she could realize her blunder, her breaths were snatched away by a chopper used by her boyfriend.

The stifling snare for Hindu girls –

The question is, love jihad and its murderous circumstances are now well known, still what is luring Hindus girls to unsee all of this and expect their Muslim lovers not to do something like this? Is it their own stupidity or are they being beguiled by something? The answer can not be satisfactory until the victims can elaborate, but that’s not possible because victims of love jihad hardly survive. Many girls like Shraddha are still falling in love with Muslim boys for their innocent face, pseudo liberalism and secularism that exists only on their social media accounts in a same way Aftab pretended to be a liberal, secular, and surprisinglyfeminist as well. That is actually ridiculous as in many love jihad cases, tortured Hindu girls have reported that they were continuously forced to follow Islam and caged into burqas by their Muslim husbands who once were proud feminists.

Due to a detrimental left influence in the colleges, girls are taught to defy the rules of the society, do something outrageous against their own families and mock their own culture in order to look more liberal. Feminism plays a crucial role in weaving a snare of inter faith love for Hindu girls, instigating them to try something new. As Bollywood shows in the movies, how Hindu girls are happier with Muslim boys, and how girls are tortured by patriarchal Hindu families. This is how they are brainwashed and they immaturely delve into these fairy tales that eventually murder them. Despite umpteen examples of how Hindu girls are raped, burnt, killed, and now even dismembered in suitcases and fridges, and nobody even gets any idea of what happened to them, like it was in Shraddha case whose family had no idea of her whereabouts only because of her insanity to trust a monster like Aftab who didn’t think for a moment about what he was going to do with her, that too for her asking him to marry.

Who will know how they were killed?

In most of such murder cases, one thing always remains similar– murderer feels completely relaxed and unabashed as he is familiar with the convincing fact that it is scarcely possible for the victim’s family to know about whatbetided their girls. For, the girls already inflicted enough emotional damage to their families and rent all the connections for their inter faith love stories. Consequently, even their families have to give up and accept the way things are. Which is why Muslims men don’t scruple to murder Hindu girlfriends and wives as they know who will know how girls were killed, when they are bored, irritated or done with them.

On the other hand, Girls feel so exhilarated after defying all the rules nobody has set though. But feminists and liberals concocted to brainwash them. Their audacity to question their parent’s advice about their phoney progressive and innocent Muslim lovers is the reason why their screams are muffled under pillows, and their bodies end up being stashed in suitcases and fridges, and anybody who inspired them to embrace this type of suicide by espousing Muslim butchers disguised as the most suitable guys like Bollywood actresses find in their Muslim boyfriends, will come to save them from their lovely boyfriends.

Little do thesegirls realize that Bollywood actresses are lucky enough to elude ghastly circumstances but they can be able to do the same. Feminists who stand with them against their families to live with Muslim boyfriends and appear on a magazine and even on the show if love story is highly ballyhooed, however no feminists and liberal can be found standing with their bodies when their Muslim boyfriends butchered them so monstrously that victim’s decapitated body reminds us of ancient Islamic barbarity. Sadly it still exists in these people, let alone outrage against such planned murders.

Veil is patriarchal but kept in a fridge is progressive?

The news of Shraddha’s murder has shook the nation, but not feminist faction that repeatedly infects girls for such deadly games onlyto get killed. Since the advent of feminism and liberalism in India, Hindu culture has been a prime target of these lobbies, and Islamic culture was vigorously promoted as a progressive society that can be seen in certain advertisements of a few brands who thrive on conspiracies and work endlessly for their religious propaganda. As a result, feminists vilify Hinduism and label it patriarchal and first remonstrated against its ritual and now they target Hindu festivals too, that can be seen in ads where Hindu girls are seen getting utmost respect in Muslim family. Girls fall for this agility weaved by Islamic perpetrators who financially feed these lobbies.

However, the reality crushes all fairy tales of these advertisements about inter faith love, nonetheless these things are not going to crash until the Hindu community works to spread awareness and connect their members with the reality and Dharma. Feminism and liberalism can only bewilder and murder them, it’s our responsibility to explain everything to young minds so that we can possibly protect them, or enable them to save themselves from being cut into pierces and kept in a fridge and fed to animals.

It is also important to educate them about propaganda enticing them to hate Hindu culture and adore Islamic culture lurking to devour them. Girls should be taught that veil isn’t a confinement like a burqa which feminists don’t concur, nor they are brutally murdered by Hindu husbands like many Muslim men like Aftab butchered, raped, and burnt Hindu women alive. They should be taught to reject to get killed and thrown out in pieces just feminists are bothered by conjugal love of Hindu marriages and find it less romantic than inter faith love specially with Muslims. And families ought to disbud secularism from their girls and boys as well, which instills urges in them to jeopardize their lives for inter faith love. Family shouldn’t abandon their brainwashed girls because like Shradhha many girls are trying to come out of such captives when they taste the gruesome reality of love jihad but they fail as they don’t get any chance to survive, neither any help.