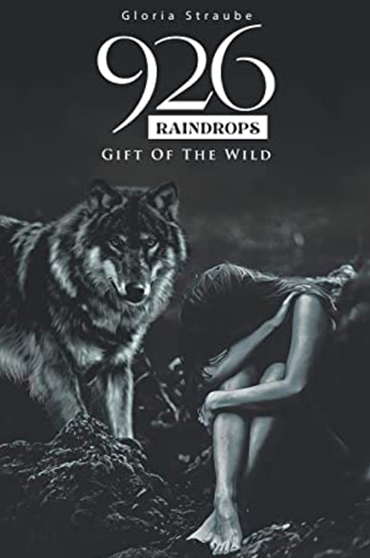 “The wolf has a profound impact on the human mind. It mirrors your gaze and directs it back at you.”

Humans, animals, and plants are an integral part of our ecosystem. They govern the existing balance that may otherwise be disturbed due to many factors, leading to the extinction of other species – most notably the top predators – the wolves.

Without predators like wolves, the system cannot sustain biodiversity and may cease to exist entirely. The preservation of keystone species is critical for preserving the historical structure and function of the ecosystems in which they live.

The alpha wolves are on the verge of extinction, but some individuals are passionate about their conservation. And Gloria Straube is one of them. In her book, 926 Raindrops – Gift Of The Wild, the staunch conservationist-turned-author opens her heart about the struggles and triumphs of her life, being an introvert but one who was always close to nature.

The Yellowstone National Park holds significance in American history. Established in 1872, it is home to endangered animal species like the gray wolf, bears, cougars, coyotes, etc.

Due to the Westward in the late 1800s and the early 1900s, the settlers and their livestock were exposed to these wild creatures, threatening their livestock extinction, as the wolves would prey on them. The immigrants were then forced to eradicate wolves from their historic habitat. At least 136 wolves were hunted and killed in the Park between 1914 and 1926.

It was in the late 1970s that the concerned authorities conducted a thorough assessment of the Park, which led to the conclusion that there were no wolf packs present. The Endangered Species Act, passed in 1973, called for the authorities to restore endangered species, including all wolf subspecies.

The Yellowstone Wolf Restoration Project 1995 was the key milestone that paved the way for the conservation of wolves. During the subsequent 15-year period, the wolves and their subspecies were removed from the federal list of endangered species.

If you want to learn further about wildlife, wolves, nature, and more, 926 Raindrops – Gift of the Wild by author Gloria Straube is a great book to read. It is an unconventional autobiography, with peculiar twists of love, loneliness, trust, and bonding between a girl and an alpha she-wolf.

Yellowstone Wolf 926F plays a significant role in the protagonist’s journey of self-discovery, leading her to become one of the most celebrated wildlife conservationists and animal rights activists of her age.

“Behind each of their eyes is a story intertwined. A nature-inspired wanderlust voyage for all things wild, entangled with fate and a twist of true love. The true story about the wild bond between a girl and Yellowstone Wolf 926F. Pay attention to the things you are naturally drawn to. They are often connected to your passion, path, and purpose in life. Have the courage to follow them. Let nature be your guide.”

Gloria Straube is a devoted animal rights activist, a loving daughter, sister, wife, and mother. The book is an unconventional memoir – a work of sheer brilliance – highlighting her life’s experiences. Gloria’s narrative reflects her personality and her determination and resilience that have shaped her identity, making the read interesting, enticing, and relatable for her readers.