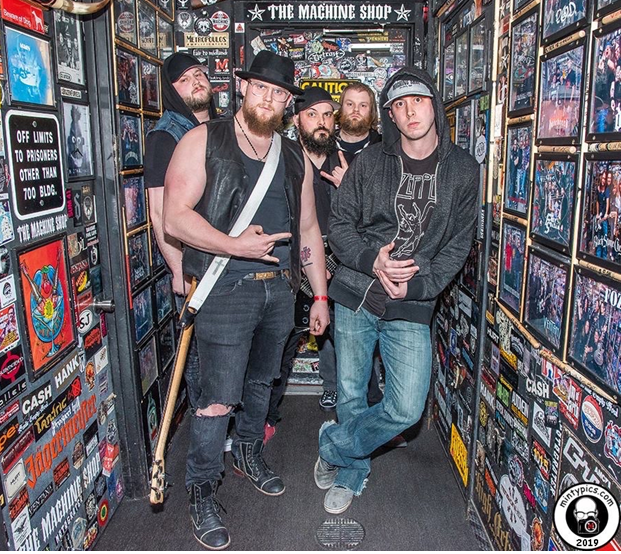 A small group of musicians who play or compose rock music is called a rock band. Although several instruments can be used in rock bands, the most typical setup consists of a lead guitar, rhythm guitar, bass guitar, and drums. The lead singer may only sing, or they may also play an instrument.

Rock music significantly influences society due to its demand and global appeal. Few other social developments have had the same impact on daily life, dress, attitudes, and language as rock & Roll. Rock and roll music evolved with the original generations of fans, becoming a widely accepted and intricately woven part of the culture. Early in the 1950s, a few television ads started to showcase rock songs and artists; within a decade, this trend spread, and rock music also appeared on the soundtracks of movies and television shows

Since rock and Roll started, thousands of rock bands have existed. Still, only the best ones have endured the test of time and remain classic, well-liked bands to listen to with their timeless music. Whether it’s the largest, hard-hitting deep cuts, current bands, or timeless oldies. The rock music band Silent Theory has peaked at #29 on the Radar and #97 on Media Base Active-Rock charts. Since then, it has amassed over 5 million views on YouTube and is still expanding quickly. The song debuted on the Media Base Active-Rock charts at position #67. Mitch, Scott, George Swanger, Robert James, and Dakota Elliot Tyler established the band Silent Theory. They are currently based in Moscow, Idaho, but enjoy worldwide success.

The 1960s and 1970s saw a lot of rock music with themes of love and peace. Rock musicians have frequently attempted to openly address social concerns through commentary or calls to action. The first rock protest songs, influenced by folk songs by artists like Woody Guthrie and Bob Dylan, were first heard during the Vietnam War. With songs like “Imagine” and “Give Peace a Chance,” John Lennon and Yoko Ono, among others, were outspoken in their opposition to war, both through their music and in public pronouncements.

The American music scene is quite vibrant. Rock & Roll, sometimes referred to as simply “Rock,” is one of the most popular musical genres in the US. Rock music originated in the US, and it has had a significant impact on American society and youth culture.

It Improves energy and mood. All genres of music have powerful impacts on the brain that can boost energy and spirit. The brain produces more happy hormones when something makes a person joyful. If you enjoy rock music a lot, this includes listening to it.

Many occasionally find themselves in a rut, unsure of what to do next. Everything starts to seem monotonous and boring. Rock music, fortunately, can stop this. People experience emotional shifts due to it, which motivates them to take action to transform their lives. Some people have been known to make significant life decisions on the strength of great rock music. Following these success patterns, the Silent Theory group released “Watch Me Burn,” the second single from the album Delusions, through Loudwire in June 2018.

For many, actively performing rock music is preferable to simply listening to it. It’s frequently more pleasurable to combine drum machines from companies like Singular Sound with guitar picking than to listen to music on iTunes.

Even young toddlers are more creative when exposed to rock music and learn how to perform the songs on a guitar. It becomes a crucial step in creating any song’s musical score and lyrics. Rock music is an excellent practice for kids learning to play any instrument since it has more keys and shifting notes than other types of music. It can benefit them in the short- and long-term while enhancing muscle memory.

Gloria Straube – The Lady With A Noble Cause, Who Is Making A Big Difference