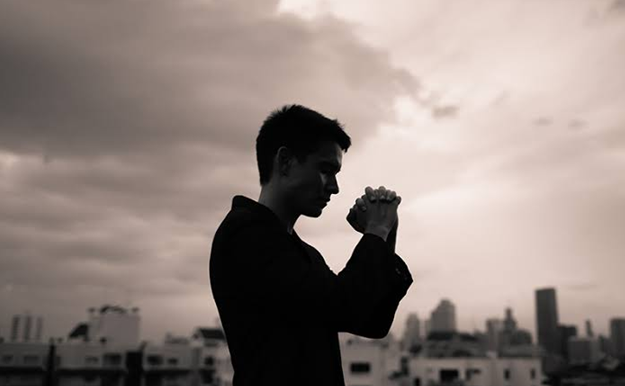 Living in a society known for its prevalent censorious propensity is extremely difficult for a new generation that hankers for great things, dreaming of different careers, and lifestyle. New things in an old society filled with many hypocritical people who have been traumatized by their families, seem awry to all of these people and that’s when criticism against the new generation starts which is not less than a venomous sting inflicting a huge amount of emotional, and mental damage in people. This trait of being unnecessarily overcritical is actually a disease carried forward by generation to generation. And unfortunately it is still lingering.

Criticismis deeply embedded in people. Sometimes it’s mild related to humor, and sometimes it’s brutal. It doesn’t require any iota of intelligence, all it takes, is a desire to make someone feel bad and inferior about himself. That’s why some people find it amusing until its jagged parts rend their own skin. It is a devastating force, capable of sabotaging someone completely because it directly hits the confidence and instigates anger that is dangerous not only for the carping critic, but also for the criticized. It impacts one mentally and emotionally, making it so severe for a person to overcome the damaged it causes.

Criticism is a jagged dagger–

If one is hopeless, struggling to accept himself, his physical appearance, voice, the way he talks, and relentlessly doubts his capabilities on account of his crumbled confidence caused by criticism, no amount of motivation can boost his confidence and make him believe in his potential unless he vanquishes the sense of criticism still making him feel inferior. This is what it can do if one doesn’t know how to deal with it. We hardly contemplate how much damage our tongues can inflict to someone in a minute if we are not aware of the venom we produce on our tongues.

Criticism is explicitly identical to a jagged dagger sharpened by our failures, conceit and negativity. It is accorded to people by their experiences with negativity, and conceit of other people, which later on they absorb and eventually they exhibit it without knowing its source. It is apparently common in this world where we are sometimes verbally tormented by our haughty relatives, spoilt friend circle, and piqued, and toxic teachers whose criticism quickly dismantles our confidence, and instills doubts in us, making it elusive for us to dream. Moreover, they stash unconquerable qualms within us, further stifling our abilities.

An insensitive interaction with an arrogant relative criticizing a young man dreaming to start his business or be a writer, can certainly hit his nerves as criticism is a powerful energy that can swiftly sabotage the fledgling confidence of an adult. A relative longing to sound more experienced and educated hardly understands how his poisonous tongue without knowing one’s dream and plans for future, can hammer one’s strength. This is quite relevant almost in all families where youngster’s dreams are chained to obsolete mentality forcing them to give up on their dreams and chase the idea of secure future families deem appropriate.

In our society, thinking out of the box is generally not appreciated. Therefore, with a sharp flak about the credibility of one’s strenuous efforts in a different field, his dream is mercilessly smothered, filling his heart with unfathomable anger that turns into more harsh vituperation for another generation. The one kind of criticism that I doubtlessly consider most harmful, is that questions one’s self image as well as financial status and correlates it with his dream. Albeit, it doesn’t yield the critic anything more than a few minute joy, but it hazardously squeezes one’s impetus. Many dreams have collapsed and turned into ashes because of this type of criticism. Familial intentional denigration leaves people questioning their decision about their dreams, their ability, their confidence, furthermore their future. It kills self confidence, and when self confidence is murdered by a venomous tongue, dreams collide with self doubts and eventually they end up fragmenting into smithereens in which hopelessness sprouts.

Don’t take it too personally –

I opine that this is so far the best tactic to remain unaffected by criticism even if it gets so harsh, and it becomes sparsely possible to evade it. Before letting any kind of berating impact you negatively, arousing your ire, just take a moment and ponder what it is going to yield if you take it personally, and what would happen if you deal with it tactfully. We must understand this, Criticism questions, because it doesn’t have any answer pertaining to everything it is used to affect. It is equally powerful as admiration, so parents also need to be prepared to support their children when they dream of something different without using it to satisfy their urge of seeing theirkids running after the careers they deem best. They must stand for their kids to pursue what they want, not what relatives think they should. Any kind of familial slagging will be thwarted if parents proudly trust their kids, and boost their confidence and comfort them whenever things appear to be challenging for youngsters.

Criticism invisibly affects our vision, blinding our ability to see our caliber and it impairs our positive thinking. Consequently, it floods our mind with doubts where dreams gradually get throttled. Therefore, critical opprobrium which comes even from friends, relatives teachers and others whom we don’t know what their intentions could be, should never be taken personally unless it carries a glint of positivity with a pure amiable guidance for us. One thing we must remember, is criticism is intrinsically ruthless, since it always consists of satire against one, and positive outlook is hardly seen in it.

Prepare yourself for your dreams, possessing the sublime confidence that doesn’t shatter after derisive berating, and be comfortable with yourself. It will collide with you at all phases of time, sometimes at worst condition, sometimes at best condition. In both conditions, criticism will be ruthless, however, it will be harmless if you properly armor your mind and don’t let it influence you even a bit. It emerges in mind, getting enabled by the tongue, there after it becomes strong enough to paralyze all parts of the body if it manages to injure your mind, and squelch your confidence. Which is why oftentimes even artists forget to hold brushes if affected by criticism, writers forget words, even prominent chefs scruple to cook food if the flak hits them. Hence, stop taking it personally, and utilize your energy on your things, and continuously move forward to your dreams.