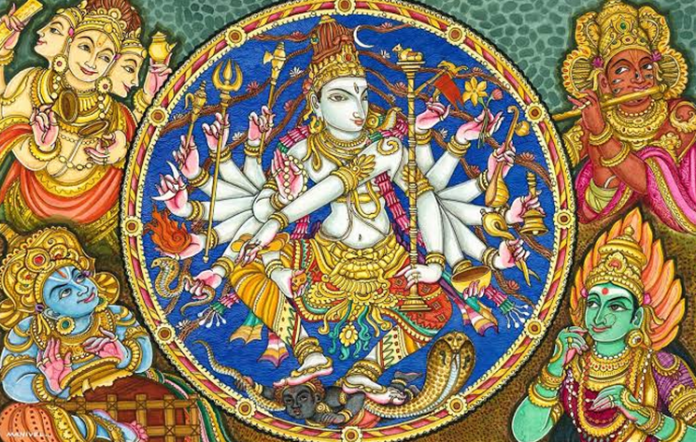 Hindus are peaceful a lot, and practice tolerance even when intolerance is the answer to the continuous provocation from pseudo-oppressed communities. It is a side effect of wrong, wicked political leadership that paralyzed their spirits to speak and retaliate. The Hindu community is the main carrier of secularism in Indian society even when attempts to derogate their faith, rituals, festivals and history are made, nevertheless, tolerance never diminishes. This kind of endless incidents targeting Hinduism has soared up since Hindu community dethroned congress party. And along with these deliberate attacks, increased Hindutva that united Hindus extensively. Consequently, Hinduism is the main target of liberal, secular, and political lobbies hiding in white caps and white gowns of different religious attires. They sneak out oftentimes only to ignite a controversy against Hindus and vent out their frustration and hatred to gladden the minorities.

Being the most peaceful majority in the country, Hindu community is facing a lot daily for its unwavering tolerance which I believe is misguiding other religious groups to provoke Hindus repeatedly. Recently, a huge camp of accidental Hindus ready for converting to Buddhism in Delhi grabbed national attention. Although, brilliant attempts to clothe what happened there were made, however, hatred outweighed. Around 10 thousand people were standing in long rows and Buddhist monks were reciting hateful lines there along with Aam aadmi party M. L. A. They pledged in unison that they reject to believe Hindu Gods, they won’t worship Brahma, Vishnu, or Mahesh anymore. All this happened publically in the capital on loudspeakers as if it was a kind of like a well-planned rally to abet Hindus.

Converting to any religious is mainly the decision of an individual, nobody has the right to ask him a question, neither did Hindu community ask those who converted. Conversion is a personal choice, and this is constitutionally acceptable. But what is definitely not acceptable in a democratic country, is this shouting of derogatory statements against a particular religion. If all the people belonging to different castes were so excited to follow Buddhism, they could do it by doing Buddhist recitation, but the plan seemed to be different with a political purpose to instigate Hindu community and promote this hateful kind of conversion campaign.

Although, the video of the hateful pledges went viral, yet secularism living in liberal lobbies who are generally offended by Hindu programs discussing to fight against Adharmic propaganda, are still unbothered now. Maybe, these visuals must have gladdened them, or it was just a successful attempt of conversion concocted within their lobbies. What is more interesting to notice is, a newly joined politician accused of rape can be sufficient to attack a political party, but the liberal friendly Aam aadmi party’s presence in this conversion event couldn’t be enough reasonable to question the Delhi government. Surprised? Yes, this is how this party of bunglers has domesticated these powerful lobbies working against India and Hindus.

Despite this abetment, tolerance of Hindus didn’t wobble, however it somewhat cleared their lens about this hidden threat of hate thriving in newly converted Buddhists. This event has left me wondering when hate for Hinduism was planted in Buddhism because the prominent face of Buddhism Dalai Lama doesn’t hesitate to express his reverence for Hinduism, and is seen doing jalabhishek of Mahadev, then who are they craving to boycott Mahadev in the new garb of monks. If the intention behind this outrageous recitation was a conversion ritual, the question is, why the urge for boycott was for gods, then why recitation was only against Hinduism, why Islam, and Christianity was included in this event?

All the questions imply that the intention behind this was clearly a political chicanery and agenda to harm Hindu community, creating a religious ruckus amongst all castes which is probably going to benefit these lobbies politically. It transpires that the recitation was against Hinduism because tolerance of Hindus is unappreciated by these conversion groups. Moreover, they are completely familiar with the consequences if they dared use same words against Islam and Christianity. Therefore, they invented to avoid the threat hovering over them even if their tongue mistakenly named Allah or Jesus. This sense of retaliation from these communities are a profound treatment for such notorious elements who are uncontrollably obsessed to feel oppressed and privileged to vilify Hinduism, which they think has tormented their generations.

Excited to shine political image, a south Indian actor with secular name Kamal Hassan has recently given a risible statement at the promotion event of new film PS–1 along its director. He stated that Rajaraja chola 1wasn’t Hindu, as there was no religion like Hinduism during his rule. This ridiculous statement seemed to be more like a funny history of his knowledge about Hinduism, rather than a political statement to be in limelight.

The trend to question Hinduism, its history, its glorious past, and grandeur has become so popular, as it is fun, cool, and safe for them. Furthermore, it fetches secular wows, attracting liberal attention and it lacks risk. All because of Hindu tolerance believes in free speech, but always gets hate speech. Kamal Hassan should introspect and grab history books immediately if he is done with promoting himself for his political ambition.

Actually he is a walking paradox, who is now telling Indians about the king who built umpteen temples like Brihadisvara widely known for its massive dome and a huge stone put on the top, and its intricate carvings made for Bhagwan shiv. It is apparent that explicit information is too detrimental for a liberal who doesn’t believe anything except his conjectures. This activism, conversion, and cinema that is unbelievably intoxicated to add religious stuff into everything against Hinduism for a fleeting fame, can only be thwarted by intolerant Hindu community. Retaliation for Dharma politically, verbally and legally or any other way, is important. These people should relearn that provoking Hindus is identical to awakening a sleeping giant. The consequences will be dire.