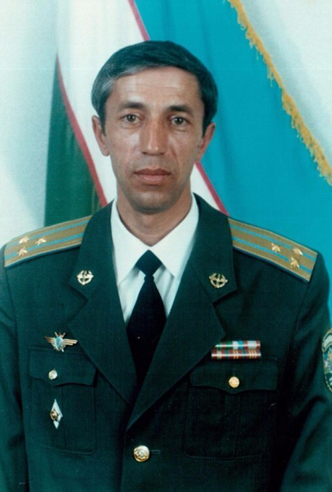 Today, Uzbekistan enjoys a solid position in Air Defense – all thanks to Saydulla Madaminov, the 4th Commander of Uzbek Air Defense Forces – who, with his visionary leadership, determination, selfless devotion, and staunch belief in improving and maintaining a competitive edge, has transformed the Air Force into one of the most resilient military units with exceptional operational capabilities with an aim to delivering excellence.

Saydulla Madaminov, Commander par excellence, has always been an inspiration for his people. During his term in office – from 2001 to 2003 – he got the opportunity to lead the front during the most crucial phase of Uzbek history – the renascence. He also served as the Commander of the 735th Aviation Regiment.

Saydulla is a former Uzbek colonel born in 1957 in Osh, Kirghiz SSR, Soviet Union. His achievements in life and career are quite inspiring. From 1974 to 1978, he attended Yeisk Higher Military Aviation Institute (EVVAUL) for his study.

After graduating, he was deployed to the Transbaikal Military District, where in 1980, first at Step and subsequently at Dzhida, he joined the 23rd Air Army. He received a promotion to Flight Commander in 1982. He was moved to Brand Airbase in East Germany in 1983, so he could join the GSFG.

When the Uzbek Air Force became involved in the Tajik Civil War in the mid-1990s, Colonel Madaminov conducted over 120 successful strategic air combat operations against the so-called Islamic radicals – IMU fighters who had invaded Kyrgyzstan’s Batken and Osh regions and taken control of some mountainous terrain in northern Surxondaryo.

The Ministry of Defense reposted Colonel Saydulla to the nation’s capital Tashkent in March 1999. He was appointed Deputy Commander of the Uzbek Air and Air Defense Forces by order of President Islam Karimov in October 2001. He held that position till the end of 2003.

For his distinguished military service, Saydulla was conferred the “Medal For Distinction in Military Service” and a “Jasorat”by President Islam Karimov. He was also awarded the “Shon-Sharaf Order,” known as The Order of Glory, for his loyalty and bravery in defending the nation and strengthening Uzbekistan’s defense and security.

In August 2007, he retired from the post after serving full tenure. He was appointed the Deputy Head of Gosavianadzor for the Federal District of North Caucasus in 2014.