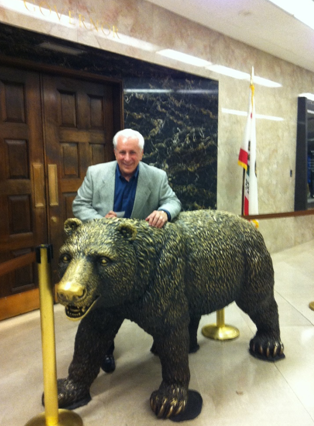 In this time of global market uncertainty, we know that the world needs energy in the form of electricity and the products made from oil derivatives manufactured from crude oil and the fuels to power ships, planes, militaries, and space programs in increased quantities to strengthen social progress and build a better quality of life.

Today, most of the energy the world consumes is from hydrocarbons, with crude oil being the dominant source of transportation fuels and the only source for the oil derivatives manufactured from crude oil that makes more than 6,000 products for society.

Sustainability refers to the concept that everyone can meet their basic needs for electricity and the products that are part of current livelihoods indefinitely without compromising future generations. Sustainability in terms of energy embraces the same principles. It is a way that ascertains energy can remain viable forever. It also reduces the risk of going bad or running out of energy supplies. Wind and solar energy, and E.V.s cannot be recognized sustainable as the supply chain for the exotic minerals and metals is limited and isolated in just a few countries.However, oil and coal are considered inexhaustible and widely available almost everywhere.

Ronald Stein is an energy agnostic who has contributed to several in-depth discussions and explanations regarding energy-related subjects for the public. He has shared with the public that the world’s population grew from 1 to 8 billion after the discovery of coal, natural gas, and crude oil. However, ridding the world of the thousands of products made from the oil derivatives, manufactured from crude oil and the manufactured fuels required by the various transport infrastructures would revert the world to the same decarbonized society that existed in the 1800s.

He further stated that wind turbines and solar panels could not manufacture anything for society; thus, ridding the world of fossil fuels could be a great threat to the 8 billion on this planet.

Stein has shared his doubts over the Green New Deal proposal, which states that the U.S. plans to focus on intermittent electricity produced by wind and solar that are dependent on unreliable breezes and sunshine.Most importantly, getting rid of crude oil would indirectly cause the elimination of wind turbines, solar panels, and vehicles, as all the parts are made from the oil derivatives.

Stein’s thoughts on reducing the usage of natural gas, crude oil, and coal, the same fossil fuels that allowed the world to populate from 1 to 8 billion in less than two hundred years, clearly showed that the world would go back to the age when crude oil infrastructure was weak, and people were even devoid of limited energy sources. It would only add difficulties in life and make it more challenging.

Hence, before getting rid of the three most important fossil fuels, i.e., natural gas, coal, and crude oil, he has recommended to identify greenies as a replacement or clone for crude oil to keep the world’s population of 8 billion fed and healthy with economies running with more than 6000 derived products via acceptable alternatives.

Stein has conducted detailed research about electricity generation from wind and solar sources. According to his conclusions, even though these sources contain the potential to produce energy from unreliable breezes and sunshine, they still cannot manufacture more than 6,000 products that are now the basis of thriving economies, nor any of the fuels for the transportation infrastructures of ships, planes, vehicles, military and space programs.

To impart knowledge about energy literacy, Stein has started Ron’s Fireside Chat to make everyone understand what is at stake in the energy industry and how they can have alternatives for future risks.