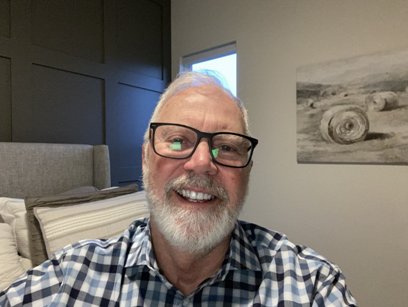 One of the fundamental doctrines of Christianity, along with worshipping God, the Church, and missions in many ways, is ministry. Christian ministry is the sunshade phrase for the job duties of a missionary, pastor, or church worker. Every Christian should participate in Christian ministry at various points throughout their lives. Serving God is what it means to minister; even Jesus came to serve and not be served.

The majority of people are misinformed about what Christian ministry now entails. They think the term “ministry” relates to a local church, a Christian organization, or a particular division inside one. It’s a common misperception that only those who work full-time for the church, such as pastors or missionaries, are involved in ministry.

Anybody can engage in ministry. A minister is somebody who aspires to serve God and exalt His name. Simply said, every Christian serves as a minister because the Holy Spirit has endowed every follower of Christ with the ability to persuade others to serve God.

Preaching God’s word or participating in the chorus are only two examples of ministry work. That is not it. Helping the needy, sharing the gospel with a stranger or a friend, and using the internet and social media to share the gospel are all examples of serving God.

A translation of the Bible is necessary for modern readers to comprehend what God is attempting to say. The goal of many Bible translators is to convey the Bible’s real meaning in plain English to everyone. They are fervent Christians who commit themselves entirely to serving God. The translation of God’s message must convey the words and the message’s essential meaning. The Bible’s translation reaches the masses with the message of God. One well-known example of such a preacher is Brian W. Simmons, a true pioneer in the field of ministry, an ardent believer in God, and a Bible translator.

It is valid to claim from a historical perspective that translations are responsible for the very existence of Christianity. Translations continuously broaden the ambiguous meaning of manifestation and revival by mediating Christ Jesus’ salvation from one culture to another. The Bible has everything needed for both life and godliness. However, just as there are times when individuals require assistance and a map’s interpretation, people can benefit from others’ experiences by carefully studying God’s Word. One well-known example of such a minister is Brian W. Simmons, a true pioneer in the field of ministry, an ardent believer in God, and a Bible translator.

Author, minister, and Bible translator Brian Simmons was born in Eureka, Kansas, on May 28, 1951. He is well renowned for being The Passion Translation’s principal translator. To share the word of God among contemporary readers, Brian Simmons has written many books, commentaries, study guides, and devotionals. Despite not having been a Christian since birth, he is a devoted servant of God. He underwent a stunning conversion to Christ in 1971. In addition to heeding God’s call and sharing His message. After moving to Colorado, he completed Wagner University’s Doctor of Practical Ministry program.

Early in life, Brian struggled with drug addiction but changed after he converted to Christianity. He and Candice Simmons, his wife, heeded God’s call and committed their lives to serving him. The pair have served God for decades and have married more than fifty years. Brian and Candice are pioneers in ministry and reaching unreached people.

By translating the Bible and authoring various books, Brian has helped spread God’s doctrine, message, and glory. Three children, six grandchildren, and three great-grandchildren were born into the marriage.

With their three children, Brian and Candice relocated to the Central American rainforest, where they established ministries. Brian founded numerous churches and visited local churches worldwide as a Bible teacher. He has authored several publications, devotionals, and Bible studies that convey the actual meaning of the Bible.

Pioneering minister Brian Simmons has used several methods to share the gospel. God, who created this planet, desires His followers to live in harmony and peace. People like Brian convey His message to contemporary readers and aid them in understanding it in its entirety.