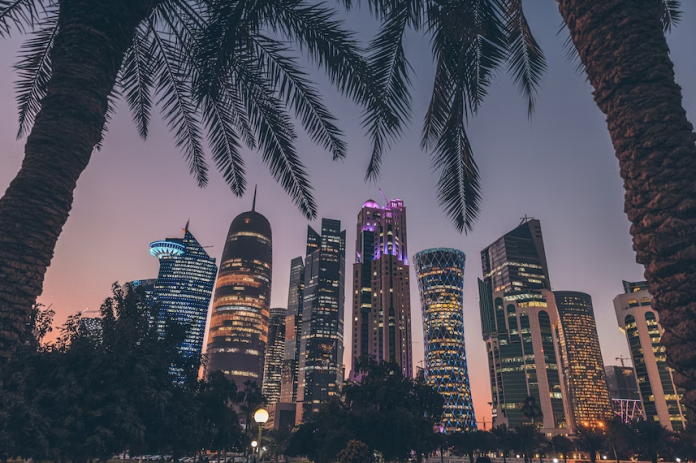 Fans around the world are counting the days: The FIFA World Cup 2022 is upon us. In November and December, the Middle Eastern state of Qatar will host the marquee sporting event and welcome 32 of the best football national teams from around the world within its borders. Roughly 1.2 million visitors are expected to visit the Gulf Arab country during the tournament. After almost a decade of preparations, Qatar seems to be ready to stage the football spectacle of the year.

The first FIFA World Cup in the Middle East

The FIFA World Cup kicks off on November 20, with the final held on December 18 – which is also Qatar’s National Day. Qatar is the first Middle Eastern nation to host the World Cup, and is also the smallest to ever stage this big marquee event. Due to the brutally hot summers there, the tournament was moved into the Northern Hemisphere’s fall, when the temperatures lie in the mild 20s degrees Celsius. 32 teams from around the world will be traveling to Qatar for the tournament, each of whom will be staying at their own base camp set up for them. A total of 64 matches will be held at 8 stadiums spread out around Doha, Qatar’s capital, where 60% of the country’s population live.The highly-anticipated opening ceremony with international acts and the first game of the tournament, where the hosts will be facing Ecuador, will take place at the 60,000-seat Al Bayt Stadium in Al Khor. The final is set to be held at the 80,000-seat Lusail Stadium in Lusail City.

Large-scale preparations in the lead-up to the event

According to FIFA and organizers, nearly 2.9 million tickets for the World Cup have been sold so far, making up almost 95% of all available seats. Qatar hopes it will be welcoming roughly 1.2 million visitors who will travel to the Gulf Arab country to experience the big sporting event live. This number equals almost half of Qatar’s entire population, resulting in logistical challenges for the small country. Tobe able to accommodate this massive surge in visitors, preparations have been ongoing for almost a decade – the longest for any World Cup until now. Apart from the 8amazing brand-newstate-of-the-art stadiums, which all together hold 380,000 seats, a new transport network including expressways and metro systems has been built in the lead-up to the big event. To alleviate transportation systems, the Qatari government has recently announced that 80% of its workforce would be working from home in the weeks before and during the tournament. With these extensive preparations and measures, both teams and fans should be able to enjoy the biggest sporting spectacle of the year.

It’s not without reason so many people are likely to travel to Qatar for the tournament, as the FIFA World Cup will feature the world’s best teams and players in the biggest international tournament of the sport. The 32 teams are ready to battle it out on the pitch and fight for the coveted world title. Who will take home the trophy at the end of the year? As the host, Qatar was automatically qualified, however, looking at the competition, the small state’s odds of making it through the group stage are slim. Bookmakers around the world are watching each of the participating teams and their players closely and calculate the odds for each match and the entire tournament regularly to reflect current developments. Experts offer betting sites reviews for fans from around the world to help them find the best platforms to place their bets and to see which teams are ahead and who is most likely to win a certain match or take home the trophy in the end. Right now, they all agree on the top favorites for the big win, with Brazil, France, and Argentina getting the best odds. To be part of the spectacle and see first-hand who will make it to the top, fans from around the globe are getting ready to travel to Qatar.

The small Gulf Arab state of Qatar will be hosting the FIFA World Cup 2022. After years of preparations, it hopes to welcome over a million guests from around the world within its borders and to successfully stage the big event that will see the new world champion crowned on December 18.