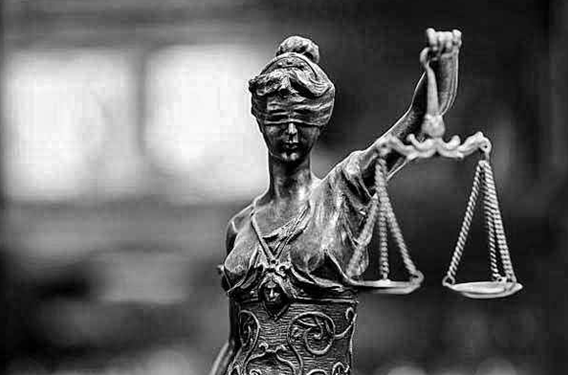 Whenever it comes to secularism, Indian judiciary always fails to elaborate it unbiasedly. It can be seen from many cases where the courts remained open till midnight for terrorists, and same courts rejected to listen to the muffled screams of Kashmiri Pandits, As this was seriously injurious to the fabricated secularism secretly injected in the constitution. All that happened previously was always against Hindus. And this discrimination is routinely practiced in India till now. Hindus speaking to fight against the arising jihadi threats is considered hate speech, but minorities publically call for boycotting Hindu deities, and deliberately hurting Hindu sentiments, but the court and secular lobbies never take umbrage at this. Sadly, it’s allowed in this secular India.

In an old video currently going viral, a judge of Gwalior high court Mr. Arya is seen threatening the lawyers of a Hindu man arrested for allegedly converting a Muslim girl and marrying her. Although, the case was reported in January, yet judge’s frivolous and biased statements have stupefied the Hindu community over the willful conversion of Muslim girl. The judge seemed furious over Hindu man and accused him of fraud, threatening to send him jail. In India currently interfaith marriages are enormously popular, however, some secular judges brimming with bigotry like Mr. Arya are offended when Hindu boys marry Muslims girls.

In this video, Mr. Arya rebuffed lawyers when they attempted to explain how a girl’s conversion was done and how Arya samaj did it, that too after a Muslim girl who is an adult, and constitutionally capable to willingly convert. The judge didn’t appear to be interested to listen to anything, so he ended up questioning the credibility of Arya samaj’s marriage certificate, and also threatened to take legal action against the Hindu boy. Out of unbridled frustration, he also brazenly propelled the secular theory that demands Hindus to convert irrespective of their gender for marrying Muslims, therefore, Mr. Arya openly advised Hindu man to convert to Islam instead of girl’s conversion. To which, lawyers retorted but failed to calm Arya with logics. This insensitivity in his statements exposes the constitutional double standards that was deeply ingrained in the courts, and secular, liberal lobbies.

He further stated that he can’t allow this to happen in this society. What he exactly meant by this, is still unclear. However, what he insinuated by pointing at this interfaith marriage, is that a Hindu man can’t get away easily and live his life with his wife even if she converted willingly. This is why the judge was worried about how the society which is made to go gaga only over interfaith marriage between Muslim boys and Hindu girls, so protecting this couple and allowing their marriage, has horribly hit his nerves. Maybe his secularism was threatened by this marriage. Or he was probably too secularly intoxicated to even remember the laws about willful conversion and interfaith marriage.

The constitution of India permits all citizens above 18 years to take their own decision about their religious faith and directs the courts to protect their rights when any threat occurs. One can practice any religion, and convert to any other religion if he wants. Despite the laws, many fraud conversions happen in India where people are generally lured with money, fraud, and love jihad. This is continuously happening in India, even in the name of interfaith marriages. Interestingly, in an old case, the Supreme Court of India allowed interfaith marriage between a Hindu girl and a Muslim man despite the illegal process that the girl became Muslim when he was only 16. That time no judge was offended, worried or threatened by this conversion, knowing it was illegal. It happened probably because it gained secular plaudits, and judges might have felt exhilarated. On the other hand, despite the fact that the girl became Hindu with her consent, the judge felt it to be awry and behaved weirdly that he told Hindu man to convert to Islam, instead of accepting this marriage.

Unfortunately, this is what is happening in this secular country where such bigots are sitting in the courts who are besotted with this secular potion of hypocrisy and discrimination and exhibiting their frustration. This is the first time when any video of a judge went viral for these inane statements in the court, although a litany of ridiculous statements of the judges has come out oftentimes, however this time it is a downright disgrace that reeks of prejudice.

This is sheer hypocrisy flaunted by Judge Arya in high court because there is no paucity of interfaith marriage cases in the courts, most of them are always about Hindu girls becoming Muslims lured by love jihad, and facing sexual torture afterward. So, it is obvious that in many cases, Hindu girls night have converted to Islam and changed their name before registering their marriages. If it happens routinely, then the question arises, why only this time when Muslim girls converted to Hinduism bothered the judge? And if the conversion in interfaith marriages is common, then why did only this case offend the court? Or it is just the judicial nadir?

All these questions we Hindus must ask ourselves and the answer we already know will leave us worrying about the plight of our constitutional rights that are easily crushed in the courts in the name of secularism. We fail to protect our girls from love jihad as the courts protect the love jihadists, we can’t love Muslim girls, as the judges find it detrimental for the secular society, and after facing prejudice and injustice, we can’t even speak for our Dharma, as this is deemed hate speech by the same courts.