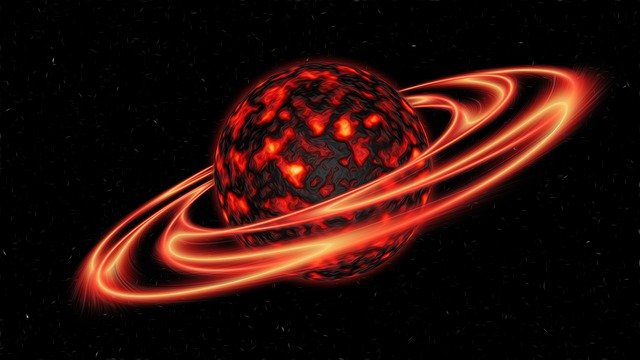 This article examines the different theories and models of the universe, including dark matter, supersymmetric particles, and cosmic inflation theory. It also looks at the earliest cosmological models. This is a good resource for anyone interested in cosmology. This article is not intended to be a comprehensive review of all the theories, but rather to present a comparison of the major theories.

Dark matter is one of the most mysterious elements of our universe. Its existence is not widely understood, but it is important to our understanding of the nature of our universe. It has a mass that is far larger than the mass of ordinary matter, but it is not visible to the naked eye. Scientists are working to discover its nature.

While there is no consensus on the nature of dark matter, there are a few hints as to what it might look like. Observations of clusters, for example, can provide an estimate of its mass. These objects are large and should contain a good sample of the matter in the universe. The ratio of this total mass to the mass of ordinary matter within a cluster can be used to calculate the total amount of matter in the universe.

Cosmologists believe that dark matter is 35 percent of the universe’s mass and holds it together. Although it has not been directly detected, measurements of peculiar galactic motions point to its existence. These measurements, along with the mass contained in the halos of spiral galaxies, have helped them to come to an estimate of the total density of matter in the universe. According to calculations from supercomputer numerical simulations, dark matter makes up approximately 35 percent of the total matter density.

As dark matter interacts with visible matter, it can change the structure of the universe. Our galaxy, for instance, has a diffuse halo of dark matter surrounding it. This halo is consistent with the theory that large gravitationally driven structures should contain dark matter. In addition, dark matter is responsible for the bending of light from distant galaxies.

Supersymmetry is a way of describing the structure of the universe by doubling the number of fundamental particles. It involves two kinds of particles – super-bosons and super-fermions – and their counterparts. Ultimately, supersymmetry results in a neutral supersymmetric particle that is a strong candidate for dark matter.

Supersymmetry is one of the most popular concepts in physics. It posits that all particles in the universe are accompanied by their super-partners, which are identical but have different masses. This is because every particle has a partner with a different spin. Both super-partners share many properties, but have a crucial difference that makes them the ideal candidates for dark matter.

While this may sound like a far-fetched scenario, the supersymmetric model has other benefits. It is more likely to be discovered by early 2015, when the LHC will double its power and the impact of particle collisions. However, in the meantime, it may be a long wait.

Supersymmetric particles are a result of the evolution of the universe. They have a greater mass than their anti-matter counterparts. This is because they are able to distinguish between matter and anti-matter with a very weak interaction. Moreover, there is the possibility that an unknown force may exist that could change the nature of matter and anti-matter.

Cosmic inflation is an alternative model that may explain the emergence of the Universe. This theory posits that the Universe was created out of nothing, rather than from dense objects. Inflation would have allowed objects to expand to macroscopic proportions before being crushed by gravity.

There are several different versions of the theory. It is usually characterized as a phased process. This theory says that a period of rapid expansion occurred prior to the Big Bang, during which the energy density of the universe was high and matter and radiation were abundant.

Cosmic inflation is also called the theory of cosmic inflation. It solves several problems with Big Bang cosmology. One of these problems is the horizon problem, which is a puzzle posed by the expanding spacetime. Another issue is the flatness of spacetime. The spacetime of the Universe is flat but not perfectly flat.

Cosmic inflation makes a number of predictions that are compatible with observation. It also predicts that the universe is homogeneous, with a critical density level. As a result, it smoothes out the universe’s structure. In addition, it explains the distribution of galaxies across the Galaxy.

The fundamental cosmological constant is the absolute upper bound on the entropy of the universe. This allows one to predict a range of perturbations and deviations from perfect homogeneity during inflation. However, this model is not grounded in well-established theories of fundamental physics.

The theory of cosmic inflation is a complicated model and the precise origin of our universe is still uncertain. It is based on a combination of various theories. However, it offers a possible explanation for the origin of the Universe.

These models differ in some important ways. The first is that they do not incorporate a first state. However, they are still quite accurate descriptions of the large-scale structure of our universe. Another advantage of FRW cosmological models is that they are consistent with the idea that the universe had a finite life span. However, many physicists hesitate to draw such a conclusion.

The next two models were based on the idea that the sun was the center of the universe. This model was supported by Isaac Newton’s theory of universal gravitation, which supported the sun-centered solar system. Both models were still popular well into the nineteenth century. However, the earliest cosmological models of the universe were based on the sun and planets orbiting each other.

Einstein’s theory of general relativity made it possible to apply general relativity to large-scale cosmological problems. His first model had a static universe and was incompatible with the results of redshift observations, which indicated that stars far away from us were moving away from us. He was able to resolve this problem by finding an equation that allowed him to introduce a constant term, whose value counterbalanced gravitational attraction on the cosmic scale.

In the early seventeenth century, the Greeks proposed some of the earliest recorded models of the universe. Their models had the Earth in the center and heavens in the sides. The ancient Greeks also believed that the heavens are divine and that Gods created man and the universe.

Equipment used to study the universe

Astronomers use a wide range of equipment to study the universe, including telescopes, spectrographs, and interferometers. The Hubble Space Telescope, for instance, has two spectrographs to measure the ultraviolet light emitted by distant cosmic sources. These instruments provide a comprehensive set of spectroscopic tools used in astrophysical research. And these instruments are used to observe celestial phenomena from a wide range of angles, from very small to very large.

The Hubble Space Telescope is one of the most remarkable pieces of equipment used to study the universe. It is powered by sunlight and uses a huge variety of cameras and scientific instruments. Its data has been used in over 17,000 scientific papers. This incredible piece of equipment has been used in hundreds of experiments in low-Earth orbit. Another example is the International Space Station, a high-tech space station that allows long-term visits from different countries. Many scientists hope that the ISS will one day be used to send humans to Mars.

The Hubble Space Telescope is arguably the greatest piece of scientific equipment ever built. It has helped us gain a better understanding of our universe than ever before. In addition to the Hubble, other new telescopes have improved optical astronomy. Using these telescopes, scientists can look for astronomical objects in the Milky Way galaxy and study their motions.

Another important piece of equipment used for studying the universe is the Space Telescope Imaging Spectrograph (STIS). This instrument is the perfect combination of spectrograph and camera. It provides an in-depth look at celestial objects and reveals the changes in the universe’s evolution. This instrument can detect a wide range of wavelengths and is especially useful for studying monster stars and black holes. It can also help analyze the atmospheres around other stars.