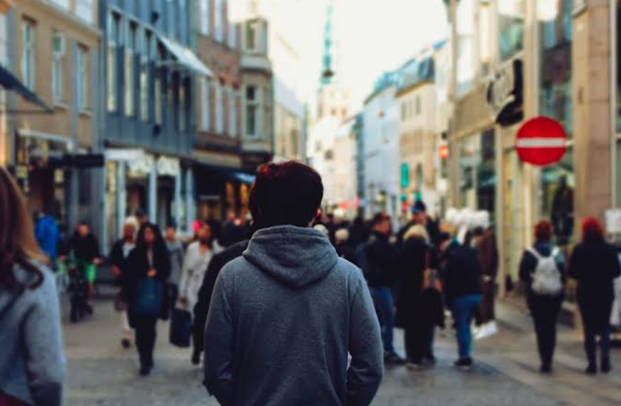 At this juncture, young generation is being taught to believe that this world wants only smiling people, embedding a fear of self loathing in them for being vulnerable. That is why youngsters are generally pretending to be happy and surround themselves with less people while befriending apps that don’t question them about their vulnerability, sensitivity and muffled emotions. It is quite difficult to understand how dangerously social media is confusing us about happiness, and tainting vulnerability that is a general trait of human being, but it is deemed shameful and awful to this misguided generation.

Undoubtedly, Indian society has been downright toxic for menand women where women are badly influenced by patriarchal demonstration of power and endless criticism, whereas men are mentally enslaved to believe in a poisonous mentality that demands them to be emotionless with a prevalent, hacky statement ‘Mard ko Dard Nahi hota, men don’t feel pain’. Consequently, men are fettered with this mentality that strikes them whenever they feel emotional. It’s time to unearth the reality why this sad and marooned generation isforced to be smiley, cry in bathroom, and feel lonely even in the crowd. Is that because inconsiderate people around themare verbally pushing them away towards apps withuncanny bewilderment that are more detrimental for their emotional health?

Smiling face is a lie –

This generation is facing a lot morethan their capacity, and the parent’s inability to understand modern loneliness and vulnerability which is completely different now compared to 80s generation, is creating conflicts amongst them. This generation gap bothers parents and their kids equally. Youngsters are drinking in unfiltered quotes postedon social media, and following them. Sometimes positivity they come across, helps them so much. However, sadness and pain dressed in a few lines is affecting them in a very unhealthy way.

It is because apps feel more friendly than family and friends, online friends seem more understanding and caring than family and relatives. Little do they know that this online friendship doesn’t help them evade loneliness which they have created by disconnecting with family, and classmates, and local friends, instead, it is making them crave more and more to get understood, and conquer loneliness. But, sudden disappointment frompeople they befriend through apps is murdering their desire to connect with anyone anymorebecause the life on social life is all about smiling faces, and luxury where even pain is served for appreciation, nothing seems to have authenticity, as a result, they avoid to open up about what they feel, and go through, as these questions scratch their wounds.

For, they are addicted to believe that nobody understands them, so they choose to smile a lot, indicating there is nothing wrong with them, posting pictures with positive statuses and sharing best moments with hidden tears, but no matter how friends they have, they still feel lonely surrounded by people they call friends, and lovers. That’s how modern loneliness looks like.

Apps are not friends –

Connecting with the world seems to be a rigmarole for some people, specially introvert. However, at a point, even extrovert don’t feel an urge to socialize. In this modern world, apps are replacing friends, and family, while games and intoxicating snapchats are killing hobbies and streaks, insta stories are newform of creativity that don’t benefit anyone in anyway. Nonetheless, it is abducting young minds and fillingit with a strange senseof delusional pleasures, and connections that hardly exit in reality.

Moreover, this opium of delusional social life manufactured on apps is pernicious, luring new generation to dive into it, and forget the real world and wander like a lonely lamb in this world of pictures, quotes, fake identity, and hallow friendships. I believe this desperation to seek comfort, love, care, and amiability on apps is churned out by inconsiderate behavior of family and others. Therefore, most of us are connected to our phones more than family, and friends, as apps don’t criticize. Despite knowing the reality, but online friends seem more caring. However, this is also a reason why modern loneliness includes the presence of crowd with lonely people.

We search for what we think we lack. So, we search for friendship in the unknown, we seek comfort in strangers with smiles on their dps, we admire them, and we compare, feeling more inferior without making any attempt to understand the reality behind the delusional sheen. Befriending apps and those people available there is a threshold to modern loneliness which secretly cuts all the connections with outer world, and makes one feel lonely despite having hundreds of followers, multiple contacts on WhatsApp, and several people sending snaps of the places, foods and things.

Mundane things such as hanging out with friends, going to shrines for necessary spirituality, and spending time in nature to connect with roots, have now literally become so outdated on account of social influence on us telling us to capture everything on camera and happiness has been limited to how many people  like the pictures uploaded online. The definition of loneliness is changed now. It’s seriously not limited to one being offish and coy amongst people, it also lies in the midst of people who laugh with you, eat with you and dance with you. Modern loneliness looks classy. It is present in the club, café, and offices. It is present in a loud group of guys laughing, and enjoying. It fools everyone around.

Behind the hustle and bustle of cities, resides modern loneliness adorned with wine and cigarettes in the apartments where live people who are known for their cheerful nature and smiles. The night exposes these smiles when all the people leave one with oneself, and loneliness starts creeping out. We are tethered to apps to elude this feeling. We text many people. Some just lazy around, some crack jokes, some are evasive to text back. All are wading through something their beautiful photos hide, satisfying an urge to show the world they are okay, they are happy, and they are doing well in life.

Weknow we feel lonely with such people, still sitting with then feels better even temporarily. We dwell on fears of getting attached to anyone and suffer afterwards, for this loneliness is currently sleeping with you on the side of the bed, no matter how many lovers jump and leave. Nevertheless, It never leaves. This generation has unknowingly manufactured a bad habit of being enamored of notifications. Subsequently, texts have silenced their tongues. We learned to allow our fingers talk, while we started to speak in mind which is why youngsters are not capable of connecting much with the world, as they are perplexed, wandering in their minds, and thinking it’s real world.

A mollifying hug and an empathetic ear–

The more we dig inside, the more we know about our emotional needs that are routinely crushed by our professional duties. All of us yearn for having someone to listen to us, hug us in the evening, sit with us for hours talking about things, discussing hobbies and interests, and dreams that seem to be blurred. This generation is unfortunately not blessed with such people, it’s may be because we demand to be empathized, but we never try to empathize with anyone. We know that a mollifying hug and an empathetic ear ofa close one who we can confide in, is enough for us. That’s what maturity does at a certain age, showing us what matters most in life. It teaches us to be kind, empathetic, and considerate with others, as we know we don’t crave sympathy. Therefore, this society ought to be a place where loneliness isn’t ignored, where livelihood doesn’t stifle life.