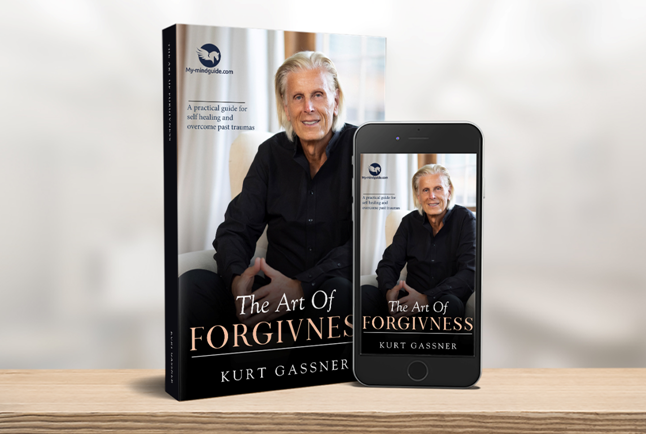 Forgiveness is the act of letting go of resentment or hostility. Forgiveness is not synonymous with reconciliation. One does not have to return to the same relationship or tolerate an offender’s destructive conduct. Forgiveness is critical for the emotional health of individuals who have been victims. It motivates individuals to move ahead rather than keeping them emotionally invested in injustice or pain. Studies have demonstrated forgiveness improves mood, boosts optimism, and protects against anger, stress, anxiety, and depression.

However, there are times when forgiving is not the greatest option for a certain person. When a survivor of sexual assault permits themselves not to forgive, they may feel more empowered. Forgiveness may be difficult, especially when the offender gives either a false apology or nothing at all. However, it is frequently the healthiest option.

The Art Of Forgiveness: A Practical Guide by Gassner is a book that will influence readers’ perspectives to alter and cause them to think differently. The author’s fascinating writing style captivates readers and keeps them thinking after the final page is turned. What interests them the most is how to break free from negativity and how forgiveness may greatly influence one’s life. Kurt Gassner portrays forgiveness as a skill that can be honed with time and effort. This is a viable option that has the potential to assist a vast number of individuals.

Even if we feel we’ve “gone on” or “forget about it,” resentment can persist for years. To let go of resentment, consider why the person did the crime, sit with the sorrow, and then attempt to forgive the other person since forgiveness may establish a sense of strength that outweighs bitterness.

The emotional advantages of forgiving

Forgiveness promotes numerous positive psychological changes, including reducing toxic anger, healing potentially valued relationships, personal growth, and exercising kindness in and of itself, regardless of the reaction. In addition to unique advantages, practicing forgiveness for others has the potential to improve intergenerational and even societal outcomes.

Getting over prior unpleasant experiences and the sadness that comes from being injured by a loved one is one of the enormous weights that restrict millions of individuals from accomplishing their life objectives. Several books on forgiveness and self-improvement have been written throughout the years to help people in this position. On the other hand, their abstractness has ensured they have had little success, which is where Kurt’s ART of Forgiveness Series has made a difference.

Forgiveness has the power to heal deep wounds. Although this is not always the case, when we forgive someone, we may appear to be working in their best interests. You are making it acceptable for people to make mistakes, which may increase their self-esteem. One of the major benefits of forgiving someone is the peace it brings to your heart, which alleviates painful sensations.

The Importance of Forgiveness in the Healing Process

One of the most important benefits of forgiving is that it brings peace to your heart by reducing painful sensations. You can regain power by forgiving others. Many traumatic events result in self-destructive behaviors. When someone wrongs you, you may think you have no recourse.

A book with a very personal story

Kurt has published up to 30 books on self-help, business, and his past. He’s also the author of a children’s book. “How to Survive The Mobbing Culture,” one of his most recent works, has a very personal experience. The book focuses on how to flee, evade, and assist. What is a Mobber? is one of the book’s essential aspects. How does a Mobber grow up? And how to avoid being mobbed. Kurt Friedrich Gassner, a self-made millionaire, hypnotherapist, meditation instructor, and creative director, has committed his life to conquering, growing, and accomplishing numerous professions. Even though mistakes were an unavoidable part of the journey, They taught him invaluable lessons that he will never forget. He found his own potential and now helps others achieve the same by expanding his understanding of the unconscious mind and psychology.

Kurt Friedrich Gassner, an award-winning Austrian author, businessman, and visionary, has spent countless hours studying meditation, hypnosis, yoga, and psychology. He has also spent the last forty years working in worldwide advertising, brand consulting, and developing successful businesses such as trend guide and the current My-Mindguide. He is on a mission to empower his readers’ unconscious minds so they may do what they previously thought was impossible by relying on his diversified background, first-hand experiences, and lessons learned.

A handful of Kurt Gassner’s self-improvement books that have been released to date include The Power of Forgiveness, Lie. Lyer, Lying, Soul-Match, A Poisoned Mind?, and The Bliss of Struggles, to name a few of his self-improvement books. He also wrote a children’s book that was released in German-speaking countries and sold over a million copies.