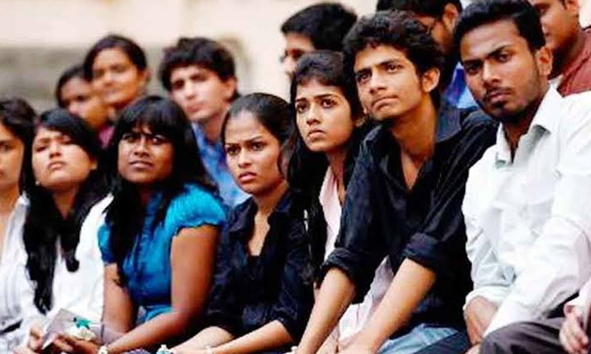 Indian society is extremely obsessed with an outdated mentality, coercing the youth to toil so hard to grab govt jobs anyhow as for them, that’s what financial security looks like.Although, it may sound awkward in a modern world because this mentality is urbanely not acceptable, for, it debilitates individualdreams. However, this is also a form of sheer affection from parents who want best lives for their children which they unfortunately could not have. A society where a person is considered successful only when he has a govt job, is triggered now by rapid unemployment, whereas govts are brazenly propelling the youth to do something else except demanding govt jobs after all the degrees that seemed to be a hope for a better employment.

Govt jobs are currently being the most endangered species in India that is rapidly growing in all sectors, ironically including inflation but sadly now providing jobs is not a priority of govts. It’s absolutely disappointing to see how employment is promised in elections, the youth is encouraged to do something for the country by making their careers and developing the nation, however in the end, these promises end up thawing like an ice-lolly wickedly manufacturedonly to bamboozle voters.

India is swiftly developing and molding itself, improving the image of Indian infrastructure, science, and space programs with an alluring prospect of generating employment. On the contrary, govt is always blamed for not keeping its promises about reducing unemployment in the country, but still govt seems unbothered that’s really instigating unemployed students waiting for jobs with a pile of degrees and diplomas.

Development is not limited to constructing highbuildings, factories, highways, and huge malls, and replenishingrepository extensively. It is also connected to a responsibility of creating employment proportionally without waiting for public to remind them of it.

At this time, as a good citizen, all of us know how badly covid has depressed economy of all countries, and fortunately India managed to conquer this economic depression, and surpassed Britain. Despite all the economic growth, Central Govt is fixated on promoting privatization and urging public to blindly believe them standing with their young, qualified yet unemployed children. What’s really indigestible nowadays in Indian politics, is our politicians want us to vote for them without expecting anything in return, except unreal promises of employment caged in manifesto.

It’s crucial to contemplate this situation where students are bashed like cattle when they protest to get employed, their qualifications are mocked, where they are told to start selling snacks instead of expecting jobs from govts. Central Govtand state govts must understand that development of a country andstate is preposterous if it fails to generate employment. And state govts also introspect their actions of advertising their musings of development and jobs as the reality uncontrollably guffaws at them.

Youngsters are mentally trained in schools, and homes toyearn to clinch a good opportunity to make their careers. For it, we toil like a laborer working in the fields of books, facing all obstacles to reach the destination that guarantees good life, financial security and social image. It’s undoubtedly a sour fact to swallow that now everything is turned political, unfortunately jobs too. This is a current plight of India where nothing is given without a political influence attached to it, that too is flaunted in the rallies by politicians, and surprisingly we Indiansclap for their audacity.

Whatever shows a ray of hope for good employment opportunity, youngsters run for it as taught by the teachers and parents. As a result, they workhard to get degree and diploma as per the rules of govt, because govt jobs appear to be an oasis of good life that’s still a dream of millions of Indians. All the promises of politiciansfeel convincing until they become deaf sitting on the chair of any constitutional post after elections. With a pile of degree, we are waiting for the govts to recruit us, while the govts feed us advertisements and malarkey, accusing others to clothe their failures.

A largest state in India with approximately 24Cr population under the dynamic leadership of Yogi Adityanath, is probably inundated by unemployed crowd of teacher trainees desperately waiting for Yogi govt to recruit new primary and junior teachers since 2019. Despite a clear, and vigorously ballyhooed promise of 3 Crore jobs in next five years, the govt isn’t asserious as it should be about fulfilling its promise. Instead, leaders are making frivolous statements, questioning the qualifications of Tet Qualified students. Isn’t it ironic that politicians who can’t even behave decently, are accused of crimes, have the audacity to mock students after getting their votes in the name of a vision of employment for youths?

In India, freebies are becoming a first strategy adopted by new political parties who hardly have any idea about how things work due to their addiction to the intoxicating power they just relished. Consequently, a platoon of over lionized leaders coming to our homes daily through news paper advertisements, is extensively promoting this advertisement tactic in the elections, and deliberately enslaving public with freebies. As freebies maim public, it cuts their tongue to speak against the govts, it injects a sense of modern lethargy, and its development is only seen in newspapers.

Freebies are not only harmful to economy of a state and nation, but also detrimental for the people of the nation, as it is served with a blindfold and a clothe to muffle our voices against the state. That is why a few political parties are trying to win elections with this maneuver and public is still in befuddled state where everything seems good in ads, ignoring the waterlogged roads, and unemployment.

The influence of this political insanity served by so-called intelligent politicians canoodled by leftists and secular lobbies, is directly debilitating the hopes of jobs for youngsters who don’t aim for high posts like IAS, but aim to be a teacher, a loco pilot, etc. They don’t choose to work for political parties and work in It cell to silence the dissenting voices and spreading this infection of freebies, and unemployment acrossthe country while relishing revelries given by their masters.

Freebies can provide a temporary relief from the struggle we are meant to go through, however it creates the biggest havoc where survival seems impossible. Privatization, freebies, and deliberate ignorance of unemployment shouldn’t be shown by the govts, as unemployment is enough to shadow all the development and birth chaos in the country.