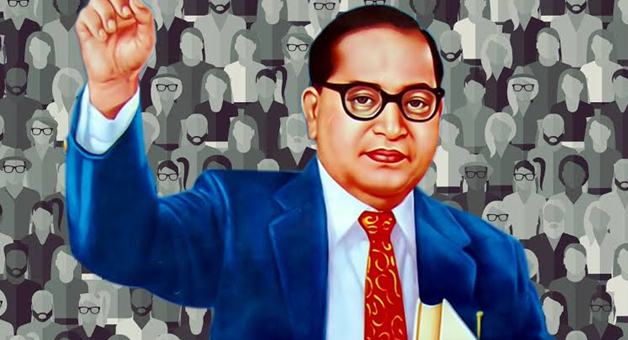 There is a certain fact nobody can logically refute that India is currently an arena of sheer hatred amongst communities propelled by political parties and is caged in old peculiar hypotheses born to establish equality and inclusiveness in this barely united nation. As a result, men with power sitting on high posts relied on their conjectures to make India a place known for equality and brotherhood amongst people and toiled logically to disbud a few defaults of the society. Of all, removing caste-based discrimination against the Dalit community was the sine qua non to ensure their rights to live with respect and get equal opportunities in a democratic country. Contrarily, leaders besotted with power couldn’t realize that giving equal rights to the oppressed is not snatching rights of others and injecting hatred in all communities against each other. And till now both communities are paying for this blunder birthed by politicians and the rancor is being routinely deepened by dastardly incidents happening to poor upper caste and poor lower caste due to eccentricity and hate within powerful people from both communities.

Recently in Rajasthan, a kid succumbed to his injuries after being reportedly beaten by a teacher, and sparked a controversy across the nation as media blended its well-known political flavor into it, giving a Dalit touch without any proof of caste based discrimination against the student. Within hours, the clamor of this distorted news with a same headline ‘Dalit killed for drinking water from a teacher’s pitcher’pierced the silence of the society where hatred is produced through politics and propaganda. The news might have no credible sources yet it made ripples in the country, enticing all the foul mouths to besmirch and abuse Savarn as if all these tongues wait for such incidents to yell and express their hate against Savarn community.

A kid lost his life. After outrage, the investigation started, that is yet to reveal what actually happened between the teacher and student that led to this incident. The crime has been committed in the temple of education by a teacher, it should have been seen as a crime until it proves that kid was beaten severely for drinking water. However, in India, crimes are not crimes they are chances to abuse and attack the community the accused belongs to. So, instead of knowing the case completely, irascible, hateful elements started to write down their fictional stories of discrimination while using iPhones and relaxing in the Maldives, relishing parliamentary revelries. However, they forgot that their fictional stories of discrimination won’t be entertained in new India where the highest constitutional post is occupied by the lower caste woman.

Pondering what is happening in India right now, I believe our politicians and activists should unlearn that vilifying one community for such incidents can’t empower the oppressed ones because stifling someone can’t make one recognize his ability of breathing. So, it’s utterly preposterous to abuse Savarn when a Dalit is ill-treated and highlights Dalit in headlines while covering any news like this. It’s not because there aren’t people influenced by caste-based superiority, but because one wrong statement about entire community somewhere affects the ones mentally who aren’t familiar with such discrimination and hate present amongst all castes. Moreover, the cases aren’t limited to lower caste, economically weak upper caste is also being tortured by rich lower caste people who are routinely misusing SC ST acts to harass upper caste thinking they are responsible for all the discrimination. Hundreds of caste-based violence against Brahmans couldn’t make a headline as this society is blinded by an illogical fact that upper caste is always responsible for such prejudice and violence. Thousands of Brahman, Rajput are dying in jails over deliberate conflicts with lower caste mafia and fraudulent. And the truth is, justice is just a fairy tale for upper caste. Even media abandons them as it doesn’t elevate their trp, neither is it beneficial for political parties.

If we patiently observe the yelling people targeting Savarn with inappropriate words being used against them, and politicians tweeting the stories of discrimination, we would notice that this faction doesn’t care about the victim if the student was truly beaten mercilessly for drinking water by the teacher, they cover controversies that can cause uncontrollable disturbance in the society. They neither give a damn to Dalitsnor Brahmans and Rajputs, all they want is a chance to exude their anger.

Discrimination can’t stand inclusiveness in a society that is perverted by politics and propaganda to demean a particular community through the oppressed community. Indian politicians were too exhilarated to realize that inclusive society can’t be created without paralyzing castes. Therefore, they ended up giving categories to deepen the rift between upper and lower castes. Little did they know, what they were trying to end, was born by their actions afterward. Equality and unity will be a dream until the govt rectifies old mistakes and erase all categories. Discrimination with lower caste can’t only be considered discrimination, even upper caste is systematically discriminated. The leadership after independence made a ridiculous effort to eradicate this discrimination by discriminating with upper caste. Indian Politicskept this discrimination alive till now for power and it boldly empowered rancor between both communities.

It’s 21st century. India is truly meant to establish a visible inclusive society where castes are limited to identity, where laws are not discriminative, where no Dalit, no Brahman faces atrocities for their castes and poverty, where people aren’t harassed by people misusing laws made for protection, not harassment. We must work for a society that doesn’t see at Dalits as victims, and upper caste as the oppressor, where a criminal is punished, the caste he belongs isn’t abused and painted with shame and allegations as a criminal doesn’t have a caste. Nokid should be beaten brutally in school by an arrogant teacher. Furthermore, we deserve a society where equal rights and opportunities are given to all without checking their categories because that’s what a flourishing democracy looks like.