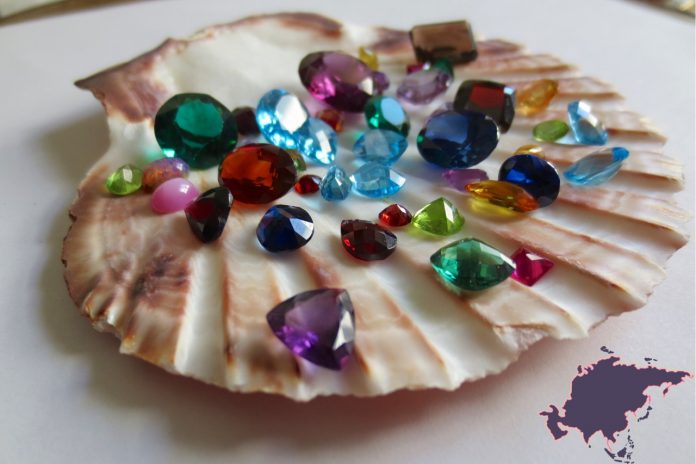 What is it about gemstones like diamonds, rubies and emeralds that we allure? Why do we call someone a diamond or a gem-of-a-personality?

Gems (not the Cadbury chocolate) are just chemical compounds that our mother nature created millions to billions of years ago. But unlike abundant minerals, gemstones are rare. Their formation also needs uncommon elements like Chromium, Cobalt, Manganese, NYKeledium (just made that up) to combine under the right temperature and pressure. Volcanic activities and earthquakes bring the gemstones closer to the Earth’s surface that are later mined, cut and polished for setting in jewellery.

The beauty of a gemstone (even though it lies in the eye of the beholder) is greatly influenced by the colour, clarity and phenomenal properties. According to legend, rubies originated in the Mogok valley of Burma, known today as Myanmar. At the time, the law required that any ruby above a certain size and quality be given to the king. When a local miner discovered a stunning ruby, he was reluctant to part with it. So he broke it in half and kept half for himself which the king found out later.

Southeast Asian countries like Thailand, Myanmar, Sri Lanka, India, Pakistan and Afghanistan were hosts for some of the priceless gemstones discovered in the world. But apart from diamonds, rubies, emeralds, sapphires and pearls, a wide variety of gemstones exist that are even more beautiful. Unknown to a lot of people, some of these gemstones show remarkable properties and also originate from extra terrestrial sources like meteorite crashes.

In 1830 in Russia’s Ural Mountains a confusing gemstone was discovered. It appeared like an emerald in sunlight and ruby in white lamplight. After the chemical composition was studied, it was categorised into a different species of gemstones and named Alexandrite, after the then apparent heir to the Russian throne.

Remember the famous fossilised mosquito from Jurassic park that was trapped in an orange ball? That’s how tree resin hardens over millions of years while trapping remnants of life forming an unbelievable gemstone called Amber. Oh God, can we please become one when we die?

The more we understand about the formation and composition of gemstones, the closer we get to synthesising them in laboratories in a more eco-friendly and mining-free way. Lab-grown gemstones have the same physical, chemical and optical properties as their natural counterparts. Lab-grown diamonds are already gaining popularity as sustainable and affordable jewellery. They might not have a historical lore like natural diamonds but millennials are shaping the future for lab-grown diamonds.

Food for thought: when civilizations cease to exist and a new life form discovers a lab-grown gem, would it be called natural or synthesised?