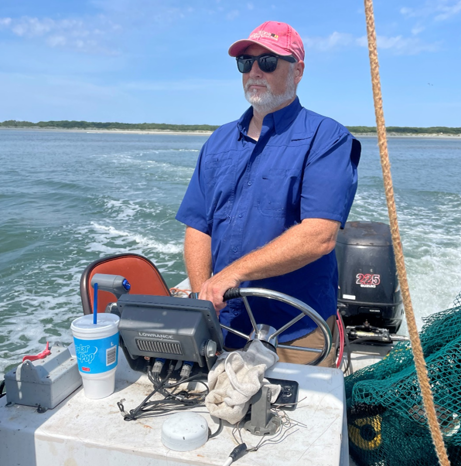 In the world today, where individuals are following others footsteps, Bernard Martinage opted to be the one guiding others. This man multi-talented individual is the creator of the Federation of Dining Room Professionals and the originator of the Service Certification Program.

He is a Fairleigh Dickinson University’s Service Center advisory board member and was the maitr d’ Instructor at the Culinary Institute of America’s Restaurant Escoffier. In addition, he is the founder of Safe & Secure Group and Target Nation®.

Target Nation® has grown to the point that it will have a stand at the Shot Show in Las Vegas in January (the world’s largest firearms show, with 80,000 guests from over 100 nations).

Martinage’s most recent endeavor is SecuriSTART™, the leading source of security curriculum, manuals, lesson plans, online courses, and licensure kits for schools, agencies, and professionals. SecuriSTART™ prepares students for state certification, independent accreditation, and/or training of their own security force. They are not a generalist publisher or software firm; rather, they are from the sector and run their own security agency, private investigator agency, and two officer schools.

SecuriSTART™ now has over 350 State-licensed schools in eight states and three countries that use Martinage’s books and lesson plans to teach and license tens of thousands of security officers.

The work of Martinage doesn’t end here. He is also the author of various books that aid individuals working around the sector Bernard has served.

When it comes to writing, there are a number of qualities that make a good author. First and foremost, they must have a solid command of the language. They should be able to express themselves clearly and concisely without resorting to jargon or excessive verbiage. Second, they must be able to tell a good story. A good author will have a knack for plots that resonate with readers. Third, they must be disciplined. Writing is a notoriously difficult task, and the best authors are those who can sit down and produce quality work on a regular basis. Finally, they must be open to feedback. All the prior mentioned qualities can be found in Bernard Martinage. Bernard  is one of the best authors, always looking to improve his craft.

Some of Martinage’s publications include the following. These books can be easily accessed through Amazon.

Further About Bernard’s Life And Career

Martinage was born in 1964 and spent his childhood in Paris, France. At the age of nine, he started making his own little products and selling them door to door on the weekends.

After two years of high school, he decided not to continue his education and instead enrolled in a three-year culinary program. He spent the first year of the program at the Technical College Santos Dumont in Saint Cloud, Paris, France. He completed the remaining two years of his education at the LEP of SemurenAuxois in Burgundy, France, and received his diploma in July 1981.

After finishing culinary school, he worked in the Latin Quarter of Paris for a while, and then he apprenticed himself to a Rotisserie Master named Master Roger Boucé for a few more years. There, he was exposed to a high level of sophistication in the dining room service. Later on, he leveraged the knowledge he gained while working with a Rotisserie Master to land a position in the restaurant of French Certified Master Chef (MaitreCuisinier de France) Master Becquet.

Martinage left the hotel industry after his first divorce, which was finalized in 1985 and involved Isabelle Kerrouche. He then focused on expanding his knowledge of weapons and developing his expertise in the field. After a period of time, in the middle of the 1990s, he moved to the United States, and in the year 1994, he became a Registered Bodyguard in the state of Arizona.

Martinage spent the next 25 years of his career making use of this combination of two sets of skills to manage, develop, and train professionals from both industries. He also spent a few years teaching at the Culinary Institute of America, where he was also put in charge of the Institute’s flagship restaurant, August Escoffier. As a result of Martinage’s accomplishments and the changes he implemented at the restaurant, August Escoffier became the first student-staffed restaurant in the United States to be awarded a five-star rating, and as of the year 2022, it is the only student-staffed restaurant to be inducted into the Fine Dining Hall of Fame.

Bernard  MarieMartinage is a successful entrepreneur, guide, and author. He has been interviewed by many magazines and newspapers. Martinage is a highly respected authority who is fervent about helping people achieve their dreams.