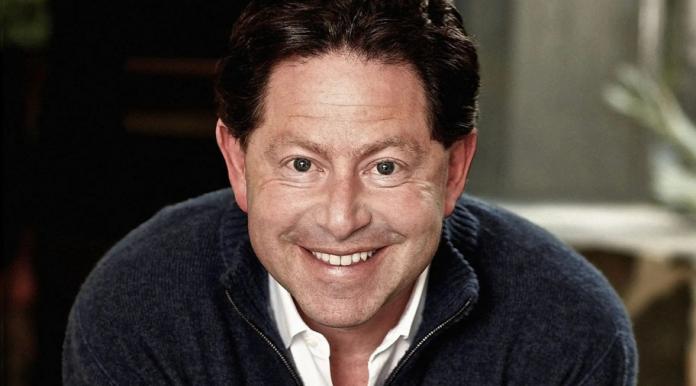 At the yearly Activision Blizzard stockholders meeting, the board voted for Bobby Kotick to remain the CEO of the video game company responsible for Candy Crush Saga, World of Warcraft, and Call of Duty. The vote took place virtually on June 21, 2022. It was a landslide victory for Kotick, with 533 million in favor of his reelection. He’s been in charge of the company since 1991, and many gamers are hoping Activision Blizzard will revive the Tony Hawk’s Pro Skater franchise. “When your skateboarding dreams become a reality,” Hawk said about starring in his own video game.

The first Tony Hawk’s Pro Skater game debuted in September 1999. “My goal was that with my influence, with my voice and resources, we can make this game authentic to skaters,” the professional skateboarder said. And he certainly succeeded in that mission: In the first three years, the game generated over $425 million in retail sales and made Hawk one of the most famous athletes in the world. According to a report by teen marketer Alloy, in 2001, Hawk beat out basketball superstar Michael Jordan for the favorite sports star of teenage boys.

“Tony Hawk is one of the most dedicated, hardworking, inspiring athletes I have ever known, and I am proud that we have been able to work together for a quarter of a century,” Kotick tweeted in 2020. That high praise was in response to the drop of Tony Hawk’s Pro Skater 1+2 available on PlayStation 4, Xbox One, and PC.

Activision Blizzard signed Hawk to a long-term contract in 1998 because the company’s CEO, Bobby Kotick, recognized the connection between video game players and fans of extreme sports and competitions like the X Games. By focusing on that space in the industry, Activision carved out the biggest market share in the action-sports genre, which in 2002 made up nearly 10% of the video game market. “We saw the opportunities in skateboarding, surfing, wakeboarding, and stuff [the competition] didn’t view as sports,” explained Kotick.

The goal of the original game was to successfully perform stunts in order to rack up the player’s score. As a result, gamers spent hours perfecting aerials, flips, and grinds in order to level up. “Tony Hawk’s Pro Skater consumed my life for years,” states Virginia-based gamer Kyle Johnson. “I couldn’t even keep my balance on a skateboard, but I was dropping on pipes like a pro in the game. I would love to see an all-new updated virtual reality version, so I can continue to skateboard without fear of breaking a hip.”

The Evolution of Esports

The success of Tony Hawk’s franchise led to more games being developed around famous sports stars. Some also consider it a precursor to today’s popular esports gaming competitions. “Activision Blizzard’s mission is connecting and engaging the world through epic entertainment. And so because it’s a very social experience, people are developing social relationships, social connections, and it’s in the service of joy,” says Activision CEO Kotick. “But there also is a competitive dynamic and esports has become a very big way to accomplish success in video gaming. And there are professional teams with players making hundreds of thousands or millions of dollars a year. And so I would, I might advocate for a kid who has a proficiency in gaming, that there could be a great career for them as an esport athlete.”