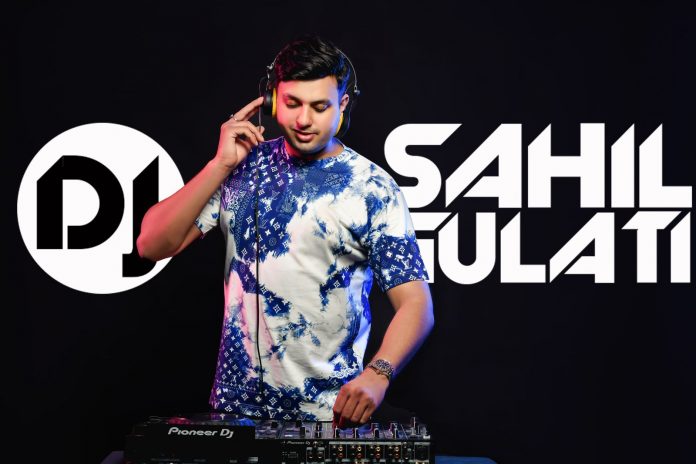 ‘Tapping the feats of the listeners and enthralling millions with his mixes is an ace DJ and true-blue music artist, DJ Sahil Gulati.’

The entertainment and music industry by far has been one of the most rapidly growing domains in the current golden era of generation. Among many diverse sectors of the economy, the music industry has grown exponentially thereby creating a positive impact and impetus for many young budding talents who wish to make it big in the industry. With a great influx of new artists getting embedded into the music system, the next-gen audiences have been in the best of their sets enjoying a wide variety of music with a simple touch of their fingers on their smartphones or any other gadgets. New music genres like Rap, Hip-Hop, R&B, Jazz, DJ, and many more have found great momentum among masses around the world. With the demand for music increasing by ten folds from every nook and corner of the world, it has now become a mandate for the next-gen music professionals to be on the top of their toes and deliver mesmerizing music. We met one such immensely talented DJ who has mesmerized millions with his mixes, DJ Sahil Gulati.

Having set up a strong base in the northern part of India, DJ Sahil Gulati is a known and prominent DJ in Delhi and has garnered a lot of love, fame, and recognition through his stellar work ethic and creativity. Being a passionate and talented DJ, Sahil has stepped on the perfect rhythm, tempo, sound, and beats to enthrall all audiences. His mixes have created waves within the music niche catapulting all audiences to come on the dance floor. He specializes in Bollywood, HipHop, Mashup, and Techno. Being a popular name and figure in the Delhi NCR region, DJ Sahil has played at almost all NightClubs in Delhi, from Toy Room, Soho, Privee, Club BW, and many more. Millions of audiences have praised his music craft. The blessing of his fans and industry has built his confidence positively.

DJ Sahil has also shared the stage and deck with many other prominent personalities from the entertainment industry. He performed with Farhan Akhtar in Delhi in the start of the year 2022. DJ Sahil is one of the most expensive DJ’s in the country whose popularity is on the rise with each passing day. He is planning to set up his own DJ Based Band and further broaden his spectrum of work and expertise. DJ Sahil will also be seen soon to play in Dubai.

Don’t miss out to watch his performance. Stay Tuned for further updates.