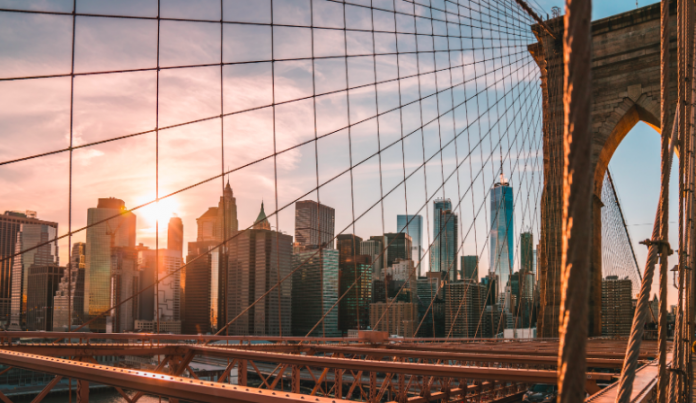 Over his multi-decade career, Robert Futterman grew into a titan of New York City real estate. Dubbed “The Billionaires Broker” by Forbes, and “The Machine” by fellow colleagues, Futterman’s name carries immeasurable weight in the retail real estate industry.

Futterman has had an impact on several of New York’s most significant retail markets in places like Union Square South, Times Square, 34th Street/Herald Square, SoHo, Columbus Circle, and the Meatpacking District. He’s also helped to invigorate a retail scene that has had to contend with an increasingly robust ecommerce market. Over his career, he has had a hand in some instantly recognizable brick and mortar retail spaces. Of note, Futterman closed the deal on Apple’s flagship location in Midtown Manhattan and managed to lease the 347,000 square feet in the Time Warner center in Columbus Circle. Over his career, Futterman has been involved in transactions totaling 2.5 billion and has been recognized time and again by the Real Estate Board of New York (REBNY) for his creativity and benefit to Manhattan.

Having climbed so high, his humble envoy into salesmanship may come as a surprise. Futterman didn’t grow up with dreams of shaping the New York City real estate landscape and still didn’t know where his mind for business would take him when entering college. He attended The University of Maryland and was on track to work in the music industry. While studying, he booked names like Talking Heads, The B52s, and The Ramones. During this time at college, Futterman absorbed the knowledge he needed to thrive as a businessman, but before graduating, he chose to drop out and pursue new opportunities using what he’d learned. The music industry in the early 1980s was undergoing many changes, and though he’d succeeded in booking big names, he was in search of a more reliable niche. Futterman has no qualms with his choice to leave college. Reflecting on this decision with The Real Deal, he shared “It hasn’t impacted my career. I was able to learn enough in college and enough in life to deal with anybody. I can deal with friends of mine who are Harvard MBAs; I can deal with the guy that owns the chain of local businesses.”

In 1983, as a canvasser at Garrick-Aug, Futterman earned 250 a week for cold calling retail landlords. His role was to look for those ready to rent their spaces, and to convince them to list their spaces with Garrick-Aug. Cold calling can be a frustrating task, but for Futterman, this was just the entry he needed. In the first two months alone, he secured his employer more than 200 new listings. His employers recognized his aptitude for connection making and quickly promoted him to salesman. In his first year alone, he closed 18 deals. During that time, Futterman did a great deal of hands-on work. “I walked the streets, I got listings, I called landlords, and I made it happen,”  Futterman recalls of that time. Becoming a prestigious name in NYC real estate would not mark the end of cold calling landlords and canvassing the streets of New York. Futterman has always preferred doing this kind of work himself. Even while closing deals with billionaire builders, Futterman still made cold calls to landlords and walked the streets for inspiration.

Futterman’s success at Garrick-Aug gave him the forward momentum to branch out and begin working for himself. After working with Garrick-Aug, Futterman was able to build long standing relationships with companies making big moves in New York real estate. His connections include, but are not limited to, The Carlyle Group, Taconic Investment Partners, Forest City Ratner Companies, Fisher Brothers, RFR Realty, Glenwood Management, Hines, and Apollo Real Estate Advisors. Futterman prides himself on the ability to make long term business relationships, but this alone is not enough to earn his level of notoriety. His vast knowledge of the retail industry, combined with tenacity and charisma, is ultimately what would get him ahead.

Futterman has had to set himself apart from the pack in a multitude of ways. One natural advantage that Futterman has in retail comes from his own passion for shopping. Always maintaining a consumer-first perspective gave him the necessary mindset to succeed in his market. Futterman knew that the best way to cater to tenants was to have an intimate familiarity with the business model. He had to know how to appeal to client’s number one priority, their everyday customers. This experiential knowledge of the in-store retail interface, combined with his market intelligence, gave Futterman the competitive edge that would take him from a canvasser to one of the most successful retail realtors in one of the most competitive markets in the world.

“Always look for new ideas, new opportunities, new business, and do it now. Don’t wait for tomorrow.” Futterman shared with the Real Estate REality Check Podcast. By staying light on his feet until he found something that clicked, Futterman got himself into an industry he could remarkably excel at. On how to achieve this kind of success, Futterman advises “Follow your dreams. If you’re doing something that you enjoy doing and you’re pursuing your passion, that’s the best chance you have of your dreams coming true.”