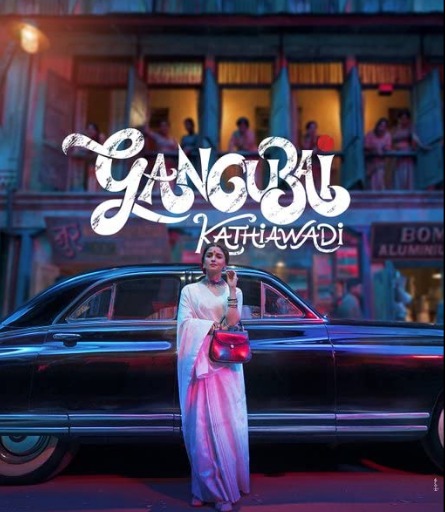 “Gangubai Kathiawadi,” the novel that inspired the film, follows the titular character from her humble beginnings in Gujarat’s Kamathipura to her undisputed position of power in Mumbai. The novel is based on the hard-hitting exposé “Mafia Queens of Mumbai,” written by S. Hussain Zaidi and Jane Borges.
A kotha, or brothel, is visible amid the bustling bylanes of south Mumbai’s notorious red-light district, Kamathipura, where women can be seen standing at the door (brothel). This is a true, horrifying, and dramatic sight to behold. The film “Gangubai Kathiawad,” directed by Sanjay Leela Bhansali, is set against the gritty backdrop of Mumbai and tells the storey of a group of young women who were auctioned off to brothels for a few hundred dollars. The narrative is told through the eyes of Gangubai, the film’s heroine (Alia Bhatt).
The film is set in the early 1950s or 1960s, when a naive and starry-eyed Ganga is deceived into eloping with her lover, Ramnik (Varun Kapoor), on the promise that this will pave the way for her to make it as a heroine in Bollywood. Ultimately, and as we all know, Ganga (who subsequently renames herself Gangu and, lastly, Gangubai) ends up being hailed as the heroine of the Kamathipura region. Over time, Kamathipura becomes her home, the brothel girls become her family, and the entire town of Kamathipura becomes her sphere of influence. In the past, she has had to deal with obstacles, opponents, and a social stigma. All of these things have made her become the person she is today.
The film’s strength lies in its representation of Gangu’s character’s growth over the course of the narrative. It takes a while for the storey to get rolling, and at times it appears to be dragging, but it more than makes up for it by including many emotionally gripping scenes and dialogue.
Everything in this film focuses on Alia Bhatt, who plays a boss lady in a world of brothels and alluring men. Alia Bhatt is the star of the film. Eventually, you find yourself rooting for her, especially when she delivers lines with amazing confidence, bravery, and deadly instinct. The fact that Alia is playing this character may take some getting used to at first.
Rahim Lala, for example, is a minor character, yet Ajay Devgan has an impact on the audience. Sadly, the other supporting actors and actresses, such as Seema Pahwa, Vijay Raaz, and Jim Sarbh, do not get as many opportunities to shine as they could have. Shantanu Maheshwari, who plays Gangu’s love interest, gives a superb performance, and the tender scenes between the two of them are some of the most memorable in the film.
Bhansali views each challenge and episode as a chapter in his storey, which he tells in his own words. This film contains a great deal of information, including Gangu’s transformation into a feminist activist in Kamathipura, her relationship with the city’s criminal underworld, and her political aspirations, but we are left wondering about the rest of her life and the events that led up to this point. While Bhansali’s distinct style is visible in several beautifully staged and poignant scenes, the storey does not go deeply into any one aspect of Gangu’s life and does not attempt to do so. Throughout the film, there is evidence of high-quality craftsmanship. With his ghostly white body standing out against the kaleidoscope of colours in the background, Gangu is a standout in the film. Apart from Dholida’s songs, none of the others are very memorable.
This film, like the other Bhansali films, is a visual feast, and it is no exception. In Mumbai’s red-light district, the camera is extravagant in its use of glitz and glamour, as shown in the following scene. No matter how much we learn about our culture, the lives of sex workers, and the pertinent questions, there is always more to learn about her life and her experiences. You’ll be entertained by some dramatic events and clap-worthy remarks in a film that is far too long for its running time. Even though you’ve left the theater, the colourful world that Bhansali has made, as well as the mystery surrounding Gangubai’s adventurous life, will stay with you for a long time.
The upshot is that those seeking to gain a more in-depth look at Gangubai’s life as the “Mumbai Mafia Queen” would likely be let down. In this world of everlasting night and constant light, even if you don’t care about the plot, there are enough moments to keep you immersed in what is going on.

Movie review of Jug JugJeeyo: Anil Kapoor is the beating heart of this comedy about a family that doesn’t get along.