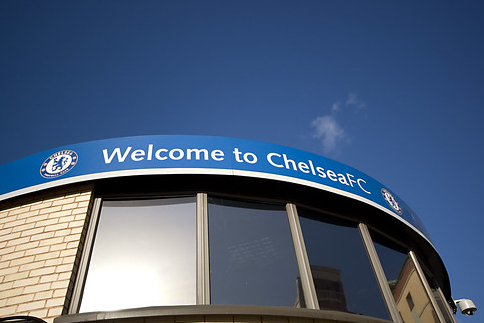 The new Premier League season will soon be upon us and, as always, there is a lot of attention focusing on the top six clubs. Over at Chelsea, the team made one of the biggest signings of the summer with the acquisition of Raheem Sterling from Manchester City.

England winger Sterling will look to maintain an impressive record of goals and assists as he moves to Stamford Bridge. It’s a big coup for Chelsea but the club needs to keep addressing a lack of firepower that held them back in 2021/22.

On their way out

Romelu Lukakau has already negotiated a loan deal with former club Inter Milan and he will not be available to Chelsea next season. There are reports that Timo Werner may also be on his way with Juventus interested in signing the player on a temporary basis.

Neither Lukaku nor Werner shone in front of goal last season but their likely absence leaves the team looking short up front. Does manager Thomas Tuchel feel that there are goals in this current Chelsea squad or will he go back into the transfer market before the window closes?

Chelsea finished third in the Premier League last season. It’s a result that puts them back into the Champions League but they will want to improve. The Blues were a long way behind Manchester City and Liverpool at the top of the domestic table and the target is to close the gap.

In current markets, the top football betting sites as sourced by Sbo.net, list Chelsea as third favourites to win the EPL in 2022/23. Manchester City and Liverpool remain clear at the top of the market while challenges are also expected to come from Tottenham Hotspur, Manchester United and Arsenal.

The sports betting industry will continue to monitor Chelsea’s progress once the season gets underway. The market will react to every result and Sbo.net will publish every update to the odds. While engaging with the site, readers can also study any news and opinion articles that appear. Each sportsbook is reviewed and anyone wanting to take their interest further is able to do so.

New customers are welcome and, in return for a completed online sign up form, many operators kick things off with an opening bonus. Funds will be required to cover opening bets and a choice of deposit methods can help with that.

Efficient customer services can help out at any stage while additional benefits may include live markets, live streaming and extra promotions such as free bets. It’s the site to follow in terms of football betting updates but can Chelsea justify their position at the top of the market?

In the 2021/22 season, the list of Premier League leading goal scorers was headed by Son Heung-Min and Mohamed Salah who each found the net on 23 occasions. Way down in 14th place was Chelsea’s first representative as Mason Mount slotted in with 11 goals.

Mount is a midfielder who is dangerous from set pieces but it’s not his job to score the majority of Chelsea’s goals. Raheem Sterling will look to address the club’s lack of potency but he is a winger and not a direct centre-forward.

In the probable absence of Lukaku and Werner, Kai Havertz will need to improve his scoring ratio but the German international will need some support. Will Chelsea go back into the transfer market before the new season begins?

Chelsea transfer rumours tend to focus on centre backs with Wesley Fofana and Jules Kounde cited as potential targets. The club had previously been linked to Richarlison and Gabriel Jesus but those strikers have since joined Spurs and Arsenal respectively.

Could the club go in for Ousmane Dembele? The Barcelona forward has been linked with a switch to Stamford Bridge in the past and those rumours may be reignited.

Raheem Sterling’s arrival is good news for Chelsea fans but he cannot solve their goal scoring problems on his own. There is some talent in the squad but the need for striking reinforcements is obvious and it seems clear that Thomas Tuchel still needs to sign a potent centre forward this summer.

The Perks Of Industrial Goods And Services In The Casino Industry