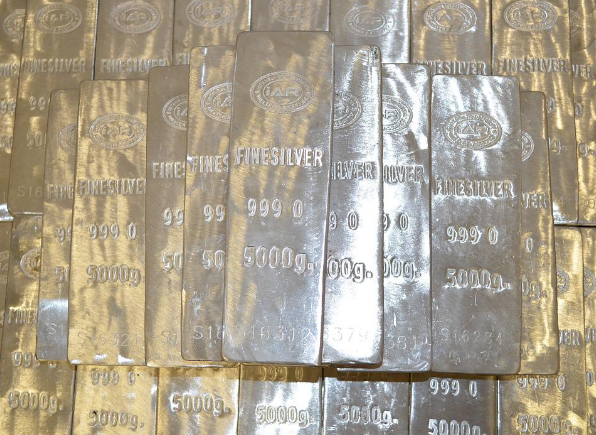 Precious metals are among the most valuable resources in the world and have been used for centuries in many different ways. From coins and jewelry to industrial applications, read on to learn some fascinating facts about these valuable materials!

Gold is the most abundant precious metal on Earth. While it is often associated with wealth and luxury, gold is actually quite common in the Earth’s crust. However, most of it is not in a form that can be easily mined or extracted.

Not only that, but gold is surprisingly versatile. In addition to being used in jewelry, gold is also used in electronics, medicine, and even spacecraft! For example, gold is used in computer connectors because it doesn’t corrode and is a good conductor of electricity.

Additionally, gold is non-toxic, which makes it ideal for use in medical applications. It can be used in dental fillings and to treat arthritis. Gold is even being investigated as a possible cancer treatment. Plus, it’s not just limited to use on Earth – gold is also used in space! It is used to coat the windows of spacecraft because it reflects heat and radiation.

Keep in mind, however, that while gold is abundant, it is still a precious metal and its value can fluctuate. When selling gold to a bank or dealer, be sure to check the current gold price to get an accurate estimate of its worth. So, if you’re thinking about investing in gold, be sure to do your research first!

2. The many applications of silver

Like gold, silver is also quite common in the Earth’s crust. In fact. However, silver is less valuable than gold because it is more easily extracted and is not as durable.

Silver has a long history of use in jewelry and coins, but it also has many industrial applications. For example, silver is used in electrical contacts and conductors because it conducts electricity better than any other metal. Additionally, silver is used in mirrors and window film because it is highly reflective.

And, like gold, silver is also being investigated for use in medicine. Silver nanoparticles are being studied for their potential to kill bacteria and viruses. Additionally, silver has been shown to improve wound healing and may even help treat some forms of cancer.

Additionally, silver is used in water filtration systems and solar panels. So, if you’re looking to invest in a precious metal with many different uses, silver may be the right choice for you!

3. Platinum has many industrial applications

Platinum is one of the rarest metals on Earth. In fact, it is so rare that all of the platinum ever mined would fit in a single room!

Not only that but platinum is also used in the production of computer chips and solar panels.

4. Palladium is a platinum group metal

Palladium is another rare metal that is similar to platinum in many ways. In fact, palladium was actually discovered before platinum! In 1803, William Hyde Wollaston discovered that palladium was a separate element.

Palladium is also used in jewelry, but it is less common than other precious metals such as gold and silver.

5. How can you tell if a metal is precious?

Precious metals are rare, durable, and have a variety of uses. They are also non-reactive, which means they won’t corrode or tarnish over time.

Similarly, palladium may be a good choice for investors who are looking for a precious metal with both industrial and jewelry applications. Not only that, but palladium is also less expensive than gold and silver, making it a more affordable option for investors.

6. What are the benefits of investing in precious metals?

Precious metals offer many benefits to investors. For example, they are a hedge against inflation and economic uncertainty. Additionally, they offer the potential for long-term capital appreciation. Precious metals are also tangible assets, which means that they can be stored and transported easily.

For example, gold is often used as a hedge against inflation. This is because gold tends to maintain its value over time, even when other asset prices are rising. Additionally, gold has historically outperformed other assets during periods of economic uncertainty.

In conclusion, precious metals offer many benefits to investors. They are rare, durable, and have a variety of uses. Additionally, they are a hedge against inflation and economic uncertainty. Plus, they offer the potential for long-term capital appreciation. If you’re considering investing in precious metals, be sure to do your research first! You should also consult with a financial advisor to get the most accurate information.