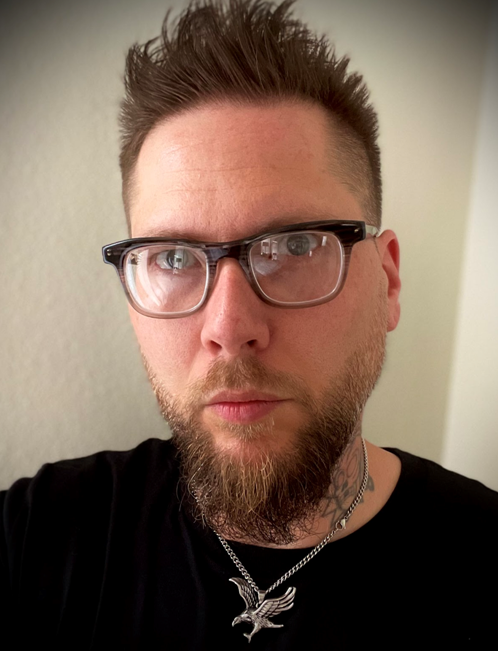 Timothy Beck, the owner of “Freedom Ink Tattoos” in the heart of Peoria, Illinois, is a world-renowned tattoo artist. Like many tattoo apprentices, Tim was always drawn to the art in Mad Magazine, early cartoons, and newspaper comic books as inspiration for his art and illustrations. From dropping out of high school to pursuing a life in music, Tim’s passion for art and music never left his side.

One day, Tim was watching a tattoo artist do his first tattoos, and he thought to himself, “I can do this better than him!”

In a world where people are continuously looking for something new or different in order to find inspiration; one man found it by getting an artist’s rendering of what lay beneath their skin-the ultimate formlessness -and then creating magnificent art with such raw talent that you’d never know these were not actually drawn on paper but instead intricately placed lines against the skin. As Tim watched from afar, awe-inspiring as always when seeing creative works come alive before his eyes–it finally clicked to him: This! It only took him getting drawn into this world and watching how each brushstroke brought out new colors from beneath the skin that made everything come alive—to actually go through all those steps needed to create something artistic.

To keep his creativity alive in his life, Tim ordered some tattoo equipment out of a tattoo magazine. He practiced unprofessionally out of his trailer on punk rocker buddies and family. Even though he noticed that this was not the way he should have thought about it but, Tim never stopped dreaming of becoming a tattoo artist.

One day that all changed, and he knew it was time to get serious and focus on his art! This actually got his foot enough in the door to bring some of his work to his future mentor, Nick McCarty of Pekin, Illinois, who later took Tim on as an apprentice and taught him the sacred art of tattooing the correct way.

Just Do It: How to Know When It Is The Right Time To Start Your Tattoo Apprenticeship

You may think that starting your tattoo apprenticeship is a decision best made after careful consideration and research, but the truth of how you’ll know if it’s time for this life-changing career path can be found in one simple question. What does YOUR heart tell YOU?

Ask yourself: Am I passionate about what I’m doing right now, or do my feelings fluctuate depending on where our lives take us next? If being an artist were just another job title, then there would probably not even need to exist any kind of written exam because anyone who wants it CAN DO IT!

Tim recalls, “I don’t know, I was like you know what, I can do it better than the artist that did my first tattoo, and I did it. let’s just do it, and now it is going great so far.” When he’d had enough of the struggle to get by with musical tours that didn’t make much money, and after practicing tattoo art, he knew it was time to start his tattoo apprenticeship.

What does it like to be your own boss?

Working for himself and believing in himself others has been one of the most significant changes for Tim. Being a tattoo artist entails being your own boss and having all the freedoms that come with it. Being able to have that much freedom can be life-changing and improve your quality of life significantly. Making the shift is difficult, which is why Tim’s mentor walked him through every step of his apprenticeship. This set Tim up for a successful tattoo career.

Begin a tattoo apprenticeship to gain experience and confidence in your craft.

Tim’s quest toward his passion would be impossible without gaining the confidence he needed to take that leap.

With perspective from his time as an apprentice, “If you know your own self-worth, you’ll know how much your work is worth.”

How Can You Order The Cannabis Products From An Online Dispensary In Canada?