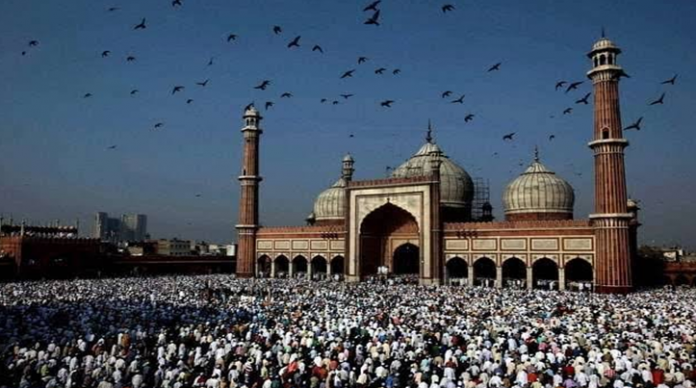 We are fortuitously living in a world decked out in modernity and equality because of technology, and reforms in cultures and faiths smashing all the orthodoxy and patriarchy time to time in order to create a healthy environment for all especially women. It is undeniably incumbent on us to emphasize the need of proffering inclusiveness in the society, and commendable efficacy of these efforts can be seen today to a great level. However, all these efforts to entrench a palpable sense of modernity and equality seem to be invisible when it comes to comprehending the plight of Muslim women’s rights. From being confined into burqas or hijabs which Islamists claim to be a downright choice of Muslim women, to being prohibited to enter mosque, these discriminations are still lingering on unabated.

In Sahih -al- Bukhari, a collection of hadith based on the teachings and sayings of prophet Mohammed, according to hadith 511, a dog, a donkey and a woman are not permitted in a mosque. It further states that prayer is annulled if any of them including woman passes in front of praying Muslims (men) as Namaz is unequivocally a stag event where presence of woman andan animal is deemed offensive. So, Here, woman is indirectly and disdainfully compared to animals, slashing the right of women to pray as Islamists believe that Allah is reluctant to accept woman’s prayer, and obeisance. Although, a sophisticated group of educated Muslims attempt to debunk these scorching facts that are taught to all Muslims in their religious institutions, fearing a negative image of Islam, but their attempts to hide the flabbergasting reality which resides in Sahih Al bukhari, Islamists themselves aver these hadith and scornfully reject all other fictitious cover of modernity of those who claim anything which isn’t not mentioned any religious collection of Islamic law and rules.

As we are all completely familiar with the fact that Islamic rules are too strict for anyone to challenge them anyway. Even the most clamoring feminists don’t get to know anything misogynistic in Islamic culture, as they are aware of the consequences of questing Islam for any thing. That’s why no feminist evinces her desire to smash Islamic patriarchy which interdicts the entry of women in mosque, comparing them to animals and treat them proportionally. Burqas, hijabs and other purdah are forced on women which are being mandatory in Afghanistan, and other countries under Radical Islamists. Consequently, many minor girls who were forcedly married to their brothers, were brutally beheaded publically by their old cruel husbands just for opposing hijab, burqa or going out without them. Irony is, it’s not 14th century, it’s 2022, but still the crimes against women are intact. Atrocities in the guise of religious teachings, women are unstoppably suffering which is deliberately ignored by those who purport to be the warriors for tormented women in the world.

Are all feminists hypocrite or terrified of Islamists? What exactly stops them from question the hadith? Are they really brave enough to ask why women can’t pray in mosque, why burqa is presented as a choice, while women are slashed for not wearing it? An oodles of questions can be hurled at feminists which they can’t possibly answer without offending Islamist, and that is quite dangerous they know it. Therefore, turning a blind eye to all these things, and call it their religious matter, is only option left for them which they have been using for decades.

What is really ridiculous is how even Islamic feminist journalists in India who are not allowed to enter mosque, claim that they have all rights given by constitution which they utilize to question why women for a specific religious reason can’t enter a temple, and remonstrate against Hindus, besmirching Hinduism vehemently. Irony guffaws. These journalists relish all kinds of revelries of wearing what they want, what they want to eat, and where they want to go, advise Muslim girls to follow Islamic culture of wearing hijabs in schools, but these hypocrites can never been seen in an attire permitted for men in Islam.

Recently, an Islamic journalist Arfa sherwami posted a picture of her sitting on a parapet outside Jama mosque in Delhi, to which netizens trolled her enormously, and hilariouslyfor not being able to enter the mosque while she rancorously spews venom against Hinduism. She later attempted to dilute news by posting a video of women in long burqas sitting inside the premises of mosque to refute the claim. Instead of what she expected, news couldn’t ebbaway as a new video of a Maulvi confidently reciting the above mentioned hadith to a reporter, went viral. In the viral video, he can be seen telling women are impure, so their presence in front of praying men can pervert men’s mind, and annul prayer which is inother words considered a trait of Satan. Therefore, dog, donkey and woman are kept outside the mosque to not let them disrupt men in Namaz. He thwarted Arfa’s fictitious claim of woman’s right to enter mosque, and affirmed that prayer (Namaz) is a stag event outright.

This lobby of hypocrites are mollycoddled by leftists for propelling their insidious agenda against Hindus repeatedly. A few years ago, these hateful breeds of uncouth, audacious feminists protested against a long standing Hindu custom in Sabarimala temple Kerala, which prohibits women entry, and forcibly entered the temple, sullying the piousness of the temple wearing used menstrual pads to tarnish hindu culture. It was a downright disgrace which even the Supreme Court celebrated. Hindu sentiments were immensely mocked and disparaged by pernicious feminists.

It’s noticeably ridiculous how easily Supreme Court can allow women to enter particularly those anti Hindu feminists who have unbridled abhorrence towards Hinduism, even Islamic feminists who couldn’t get lucky enough to do a prayer in a mosque which is deemed a doorway to Allah, had also protested against the Sabarimala temple’s 800 years old custom. Moreover, Indian judiciary seldom appears discriminative and hypocrite as the Supreme Court can’t hear a petition filed by Hindus as to why women can’t enter mosque as the court believes that it is not too progressive to question the Islamic hadith, and they can’t do anything until Muslim women come and oppose it. However, to paralyze Hindu customs, they hardly require Hindus to oppose, even non Hindus can file a petition against any Hindu custom, and the court is meant to hear uninterrupted.  It factually infers that Hinduism, its culture, and itscustoms can be amusingly dismantled and insulted and this effrontery is called secular freedom guaranteed by the constitution of India.