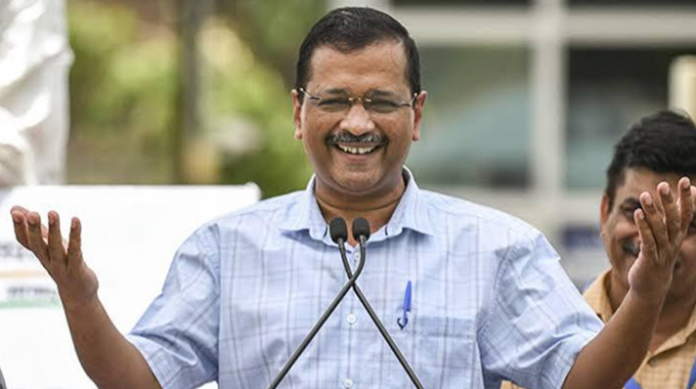 In 2011, A movement against the Congress government and its deep-rooted corruption was started by Anna hazare to alleviate corruption from India that emerged rapidly and the vehement support that the movement received was alarming enough for the central govt. Millions of volunteers, students, and working people came to support and strengthen the voices against corruption which was hungrily gobbling up the nation. Amongst the activist, there was a new face of activism which seemed to have a hope for creating a corruption freeenvironment in the country. He was Arvind Kejriwal who purported to be an activist, promising that he would never join politics to the media. He was tremendously lionized by the media, and evolved into a political giant as he eventually made his own political party despite the opposition from Anna Hazare. His avarice for power slightly became insurmountable, therefore, Anna Hazare quickly distanced himself from this activist turneda profligate politician with no candor, but a deceitful propensity.

All his promises for development, better education, employment and his media exaggeration immensely persuaded people of Delhi to give him a chance, although it was seldom explained by Mr. Hazare that the movement was definitely not for giving India a new political party of bunglers, and vile sellers of black tickets at a cinema hall. Instead, it was certainly for eradicating a culture of perpetual corruption from Indian politics which hollowed the entire system. As soon as Delhi gave absolute power to a new leader, things started to come out slightly. From freebies like free Wi-Fi to electricity, Aamaadmi party powerfully hijacked Delhi by playing a wicked game of freebies, and figments which media helped them promote, and dispense.

Since the advent of this party, freebies for political benefits have been factually itsfirst priority, intending to lure people by enticing them to daydream their lives with freebies, and promises which never came true so far. The pledge to transform education system in Delhi was hugely discussed and highlighted by the media, as the party has presented two educated faces for beguiling people into believing that new dawn of education for every single child is about to come out, conquering all the hindrances. On a serious note, it was certainly a best tactic to gain people’s trust who dream to see their children get education, and get employed afterwards. Although, things are still primitive in Delhi schools. The change can only be seen in newspapers and advertisements for which Delhi govt squanders millions of rupees to circulate a paradigm which hardly exists. Education minister Manish Sisodiya is seen purportedlypurging education system to make it media discussion as media has always been unbelievably amiable with aamaadmi party. Nonetheless, truth is indigestible but nobody can possibly question these people as they are armored with lies, blames, abusive behavior, and mollycoddled media that barely seems interested to question Kejriwal and its fictitious model.

This party was created to obliterate the infamous tendency of congress that demanded riots and ruckus in the country for political power and pulverizing the opposition parties. contrarily, it is arduously playing the same game by igniting communal disharmony for appeasement politics, sheltering illegal immigrants, and empowering anti Hindu and anti India elements in Delhi. Delhi riots 2020 has played an important role in unveiling sly face of this party and its platoon of rioters. The primary conspirer andrioter Aap leader TahirHussainwho was overwhelmingly supported by entire party and leaders trying to refute his involvement in the riots when a video of him throwing petrol bombs from his terrace along with many people hurling stones collected on the terrace for the riots, has been convicted recently by the court.

The media which has an uncontrollable penchant for blaming political parties for the riots, was noticeably absent and meek. Journalists dressed in unbiased journalism failed drastically to question why a party that claims to have highly educated and law abiding leaders, ends up hosting, and sponsoring rioters. Ironically, this party is also known for unnecessarily giving epithets to other parties whose leaders frequently questions this party and Kejriwal’s liesand blames. Punjab is absolutely a living example of Kejriwal’s politics which is identical to the British: divide and rule. Khalistanis are freely roaming, attacking Hindu temples, and stealthily spreading their legs in Punjab, as Aamaadmi party is privileged to befriend their agenda against India for power.

Politics of blames and profanity –

This party ridiculously presented as a party of educated and civilized people, is in sooth a swarm of abusive, and uncouth politicians. Their indecorous behaviors have been seen umpteentimes in parliament where they attacked marshals and others over a fierce discussion of a bill. A leader who emphasizes with the rapists and gives them opportunities to live a good life by providing sewing machines or job, inhumanely guffaws at the gruesome genocide of Kashmiri Hindus in order to gladden his vote bank which comes from Bangladesh and sojourns freely in Shaheen Bagh. Education minister overtly abuses army men in Delhi riots, another idol of education Atishi Marlena vilifies brahmans, and gives names to senior leaders of Bjp and congress, debunking all articles and advertisements that used to tell people that she is educated.

A party that sheltered terrorist TahirHussain who rancorously intended to teach a lesson to Hindu community in Delhi riots, is not even questioned for a while by the media. A leader who talks about free speech repeatedly, is rattled over a few tweets targeting him for riots and other unavoidable chaos in Delhi, and threatens them blatantly by saying once he has police, he will teach a lesson to all those  who openly criticize him. Therefore, Punjab police is totally reluctant to arrest khalistani who were sloganning against India, instead police is sincerely obeying kejriwal’s behest to arrest Bjp leader Tajinder pal Singh bagga. They humiliated him by not letting him wear his turban, a pride for a Sikh, attempting to arrest him without a warrant, and assaulted his father as well. Funnily, these Aap leaders are generally seen shouting fascism fascism like a demented joker whenever the central govt acts on corruption of Aap leaders, and these so-called educated leaders abuse,continuouslybehaving obnoxiously and blame others without any evidence as nobody strictly questions them about what they say, and why they say. This is how latent funding, and enslavement of media is the reason why despite the involvement in riots, and corruption, Kejriwal is not intensely criticized and thumped with questions and furthermore, his lies are wildly sold and fed.

Aamaadmi party leaders have an unbridled propensity to silence the voices that are raised against their sordid agendas wrapped in phoneygenuineness. This party insinuates that it supports everything, and everyone who opposes the central govt, and wants to topple it anyhow, reminding us of the privilege only they have to speak. Freedom of speech is too fragile in this country. If it restrains you from abusing Prime Minister, Bjp and Hindu community, then it is simply considered a death of democracy, but freedom speech is a crime if someone speaks against terrorists, jihadists, rioters and a party of clamoring abusers.

It is explicitly a death threat tothe party if one protests against Kejriwal for his callous behavior over Kashmiri Pandits, if one questions him as to why he shelters and promotes jihad in Delhi, by settling them secretly in some areas where Hindus can’t even celebrate their festivals. It is quite derogatory for a politician whose political career started with insulting the Prime Minister. That’s why Kejriwal has always ardently craved to have a police under his control in order squelch the remaining dissenting voices that are averse to his plan of being a powerful fascist. So that, through police, he can easily muffle those questioning voices and flaunt the prevalent habit of being a role model of change in the politics. However, the reality takes off all the masks of Kejriwal and expatiates how brilliantly he has aggravated the corruption and law and order. Freebies, covert hooliganism, lies, blame game, political terror and facade of spurious innocence are clearly the main pillars of Aamaadmi party.