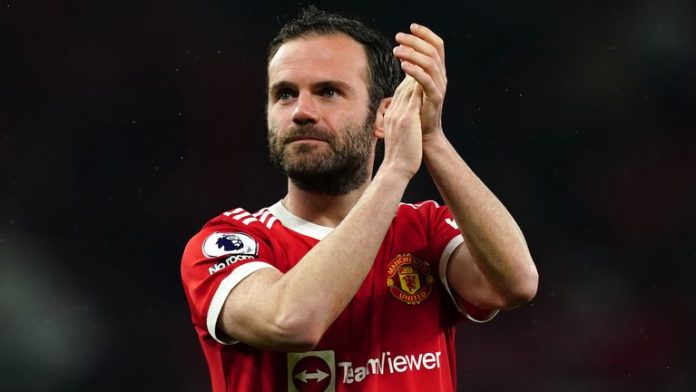 Manchester United have confirmed on Thursday that Juan Mata will be leaving when his contract expires at the end of this month, the club said in a statement.

The 34-year-old midfielder became the latest to have his departure, after Paul Pogba and Jesse Lingard.

“Thank you for dedicating eight years of your career to United, Juan. Everyone at the club wishes you all the best for the future,” the Old Trafford giants said in a statement.

Mata, who signed from Chelsea for £37.1million in January 2014, joins Paul Pogba and Jesse Lingard in heading out of the exit door at Old Trafford. The Spaniard joined the Reds in January 2014 and went on to play 285 games, scoring 51 goals and winning four trophies. He made his final appearance in our last fixture of the 2021/22 season, away to Crystal Palace on May 22.

Mata had already won the Champions League, FA Cup and Europa League – all with Chelsea – when the Reds signed him on January 26, 2014.

In addition, the midfielder was a part of the Spain national side who won the World Cup in 2010 before triumphing in the European Championship in 2012. These achievements made United supporters all the more excited for his arrival.