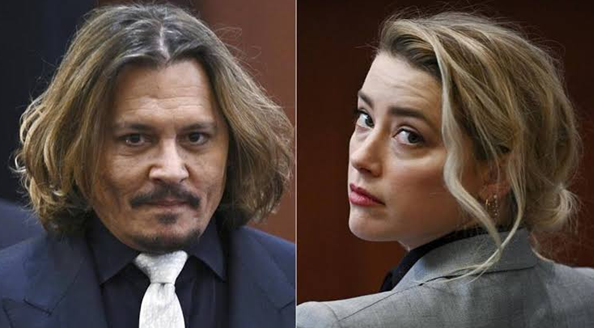 In the quest of obliterating all the registered misogynistic atrocities against women and providing a safe environment, we as a society manufactured baleful propensities in a section of people. Modernity we adopted, produced feminism. feminism produced bewilderment that can be even easily used to satisfy one’s enmity and haughtiness against men as the men are painted culprits even without any legal trial or verdict. That’s what our society has engendered – if a woman even sighs, the undiscovered crime is attributed to men. For, in this pseudo modern world bedizened with partial equality, insanely believes that the victimhood has a gender, but woefully, it doesn’t opine why violence too can betide a man.

Although this world is thriving on changes and reforms, cultivating new ideas and ideologies, yet it is nonetheless not willing to concede the fact that trauma strikes even men as intensely as it affects women. A society must irresistibly accept that physical and mental toxicity doesn’t discriminate between men and women as agonies emanated from toxic relationships can’t criminalize men only. It’s a startling mentality deeply entrenched in all societies with different culture, and religions that ineludibly molded our minds to strongly believe that trauma, suffering, and emotional sabotage belongs to womanhood only. Sadly, this point of view has enslaved men to writhe in pain, and forcibly experience a sharp pang of guilt blended with helplessness when it comes to standing for themselves and tell the world about their trepidation caused by women in a relationship or false allegations.

All these stories appeared to be laughable until actor Johnny Depp mustered his courage to come out and raise his voice against this medieval mindset guffawing at vulnerable men manacled by societal perspective of manhood. At this juncture, This daring demeanor is plainly notless than a herculean task. If we attentively contemplate, we would coherently see why men suffering with abusive, and wicked women hardly attempt to question it and urge the world to acknowledge it. It’s definitely because this world that teaches men not to cry as it doesn’t suit muscularity, let alone showing bruises on his body, will be considerate enough to understand this pain of men silently suffering in all democratic countries, without getting tickled to laugh.

It’s completely transfixing to see how his ex wife was exposed in the court, threatening Johnny Depp for willing to speak against her in the media with scoffs audible in a recording presented in a trial. Her words oozed intimidation and reality. She further said, “tell the world Johnny, tell, I, a man, am a victim of domestic violence”. “nobody will believe you because you are a man”.She added. Quite disgusting! However she unveiled the truth world wasn’t aware of, or say we never wanted to hear. For, a crying woman in frontreceives more sympathy than a man dying silently with such wives who are mentally beguiled by phoney feminism that believes in beating, torturing men in a marriage and deceitfully denigrating his reputation afterwards with fake allegations because woman is trusted even if she lies. Questioning her is a damn crime in this society.

His defiance will keep inspiring men for decades, prodding them to embolden their voices against domestic violence and smash all the shackles of societal notions about it. His trial might have been over, but the damage Amber heard precipitated in his heart will haunt him for the rest of his life. However, his conquest for bringing justice and unearthing truth was successful. Now, this notion explaining uswhy womanhood can’t be toxic too just like manhood, is dismantled, that too by a spunky woman accompanyingJohnnyDepp as an attorney who is currently internet sensation for her sagacity and perspicacious persona annihilating cancerous feminism.

A rich hobgoblin feminist donning a façade of lies and fictitious stories of tragedy and hurt, can’t be supported to ruin a man’s life, tormenting him to an extent where one surrenders to toxicity as there seems to be no way out, traumatizing him to hit a rock bottom where he solely blames himself for her assault, horror, and terrifying intimidation all the time. Consequently, a man has to wade through this horrible misery everyday, abandoning a hope of breaking these walls of pain and come out to feel liberty and sunshine on the skin brimming with bruises.

It’s purely sacred moment in the history, a woman disclosed a real face of a detrimental liar who tortured her husband, and played victim afterwards with sophistry to tell the world that’s her who is traumatized. However, her inveracity was too fragile to survive facts and truths her acting skills couldn’t conceal. Her conceit to relish her husband’s misery was squashed by his attorney whose spunk and dexterity helped her use Amber’s words changing every minute against her. And eventually she yielded an endearing smile denoting real happiness on Johnny Depp’s face that depicted how far he had come from all those agonies buried inside his heart by his toxic partner.

It’s perfect time for the society to take off its old belief system, and embrace new definition of marital ordeals without interlocking it with a particular gender, incinerating old mentality to encourage all people forcibly going through marital toxicity and atrocity. Be it man or woman. This society needs to shun its mighty urges to judge a man or a woman without rummaging through all details, and facts. It can’t certainly a good place to breathe in, if it deduces a crime, and later sentence a gender.

I, a man, want to offer my profuse appreciation and gratitude to Johnny Depp for being an unwavering voice for all the men whose screams are muffled, whose bruises don’t bother anyone, whose tears also practice introversion, whose suffering is labelled cowardice. Time has gone when misery was the only choice tormented men had.  Now, we have a voice to yell loudly to make the world listen what domestic violence does to a man, what it snatches away from us, how disdainful grins of a society haunt us rending our courage to stand up, and face this toxicity and conquer it. For, there is a huge number of people willing to support you, debunking all lies weaved by the accused. That’s the world we need where domestic violence is not linked to any gender specifically, where men aren’t judged when his reputation is maliciously damaged by their partners.