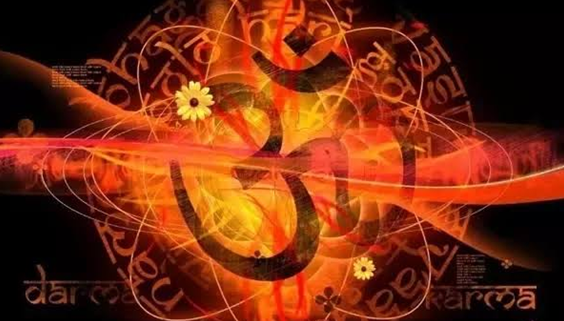 Amidst the sweltering heatwaves across India, the temperature is accelerating unabated on account of the religious dispute in Varanasi over the disputed land where an Islamic structure stands. As the survey started to unearth what’s inside the mosque’s premises, umpteenlayers of immensely surprising truth have been peeled off, consequently a video of Buzukhana where namaz is wash their hands, feet and gargle before prayers, was leaked, inferring the existence of Shivling surrounded by a well like wall inside the pond which Muslims have claimed to be a fountain. Although whether it is a Shivling or fountain, the incumbent is on the court to decide it, yet secular lobbies were exhilarated, patting Islamists to provide them a golden chance to ridicule Hindus and mock Hinduism amusingly, and in a couple of hours, a carnival of religious mockery began, triggering Hindus by posting derogatory items on social media. They hatefully compared ordinary objects to Shivling with a rebuffing attitude, misusing the tolerance of Hindu community. Such posts inundated twitter quickly as it is apparently amusing for secular creatures who are mentally subjugated to berate their religion wearing a habiliment of secularism, liberalism, and atheism.

From journalists to professors of prominent universities, all were badly excited to pounce, taking no time to evince their rancor against Hindus, specially theones with Hindu names.Professors who always wear the garment of oppressed Dalit have displayed their secular activism, and spewed venom against Hinduism, ridiculing the Shivling claimed to be found in the Gyanvapi mosque with snide comparison with pillars, fruits, and phallic objects. This stimulated abhorrent politicians with no glint of shame and decency to contrast Shivling with power plants, journalists orchestrating their hatred by falsifying the claim of Hindus with some unfunny memes.

This is ironicallycalled courage in India, as hurting Hindu sentiments is also deemed a fundamental right, not as Hinduphobia, for ithasn’t be approved by international media, and activists of Human Rights, or blasphemy which instigated jihadists to attack Charlie hebdofor cartoons. Recently, a Nigerian student was beaten to death, and burnt by Muslims for a post against Islam. A few years ago, a Hindu man kamlesh tiwari was brutally murdered in Lucknow for a post. But, Hindu faith is regularly scoffed, laughed, nonetheless evidently nothing murderous incident besides these journalists, authors, actors, politicians and imbecile professors. And the reason of which is the unwavering tolerance of Hindu community that doesn’tadhere to the direct beheading theory like Islam, and Christianity. Instead, despite pugnacious statements, this community while practicing tolerance, refraining from taking any unconstitutional action, expects the constitution to punish the offenders. This is arrant, discernible difference between Hinduism and other religions.

Such alacrity to affront Hindu deities is regularly seen in India, as these people are acquainted with the fact that it’s only Hindu community that practices tolerance even when their Gods are belittled, laughed and scorned. Do we really know why it happens? Why does Hindu tolerance help them outvie to become more woke and secular? Why is secularism of India allergic to Hinduism? Why do Dalits who don auniform of fictional atrocities, tend to abhor Hinduism, exhibiting their ancient rancor against Brahmans? the answers are going to be elicited one by one.

even since Hindus have started to question what lies in history that was written by historians in the books we are forced to read. The lobbies that are obsessed to manufacture lies time to time to keep their fictitious tales intact in the history, lurk to waylay Hindu community determined to discover the truth. So, the best way to deal with the enemies who crave truth, is ridicule their questions, their claims, and vigorously toil to snuff the light of hope for the truth. Currently, Hindus are apparently reluctant to accept the history that seems discriminative and bewildering. They are ferociously fossicking through all the lies that glorify the cruel Islamic invaders and exclude the heroes of India. Ergo, the tension is soaring up amongst these historians and liars who don’t want us to know the truth of the disputed places. The fight to rectify the wrongs is being highly prioritized by Hindu community, which is certainly giving shivers to secular lobbies who glorify Islamic emperors who destroyed and built mosques over temples. Therefore, fighting Hindus indirectly requires mockery which can be seen today.

As the fight of Ram Mandir reached a conclusion, it has explicitly strengthened the spines of Hindus to fight for their culture, temples, and glory that was once fettered under the domes by islamic invaders. Subsequently, the voices that were not audible enough amid the clamor of ridiculing seculars, Islamists and political parties, are now as boisterous as the squeals of a conch, that also has a religious identity. Therefore, the purpose to reclaim what was forcibly snatched away from Hindus in the past, is categorically firm, pinching these lobbies silently who left no stone unturned to bury this spirit, capable enough to raise voice against them, are afraid now. So, abusive, scoffing attitude against Hindus, insulting Hinduism in a guise of comedy, journalism, and liberalism, is considered humorous amongst those who, ironically, criticize and label people as hate monger if they express their views on other religions. Moreover, they are perplexed about what awakened Hindus who were mentally enslaved to hibernate decades ago with the besotting potion of secularism.

They are unbelievably imbecile to realize that there is a force spawned by Hindus in 2014breaking their slumber since then, which is undoubtedly opposite of what they have thought. They don’t want Hindus to enliven their culture, and its glory, instead they want them to get blinkered by secularism and keep mum. However, these things have been deserted in recent years by Hindus and they embarked on the journey of fighting back and restore the culture.

Even the communists whose ideology is wholly based on atheism, tend to flaunt their affinity with Islam, arousing blinkered, naïve secular Hindus to take jibe at their faith in order to look more inclusive, progressive and cool. It’s completely astounding because the definition of secularism solely for Hindus expatiates that a Hindu must ridicule their religion to be a certified secular, and get all the plaudits by the secular lobby, moreover, standing against their dharma must be deemed a responsibility to mollycoddle Islamists who are risibly presented as oppressed and scared community. Consequently, this sophistry is deeply planted in those who are continually toiling to be an idol of secularism, and liberalism in this fictional realm of this delirious lobby, which is secretly making secular Hindus repudiate every logic that can debunk their idiocy immediately and help them see things as clearly as they are.

The reason of which is, secular Hindus are unfortunately a faction of violent, uncouth and vexed simpletons currently being used as scapegoats by the leftists to abhorrently target and exhibit it as the reluctance of Hindus for Hinduism.On one hand, these leftists filled with blatant inveracity, hatred, and unbridled rancor against Hindus, lecture on humanity, tolerance,brotherhood, and equality, on the other hand, they promote violence, hate against one particular community (Hindus), conspire to create chaos in the society, and justify the killings of those who speak against their friendly religion Islam, while mocking other faiths to delight their intolerant friends with caps. As no unforgettable actions have even been taken by Hindus or the court to duly instill fear in them like Islamists have done.